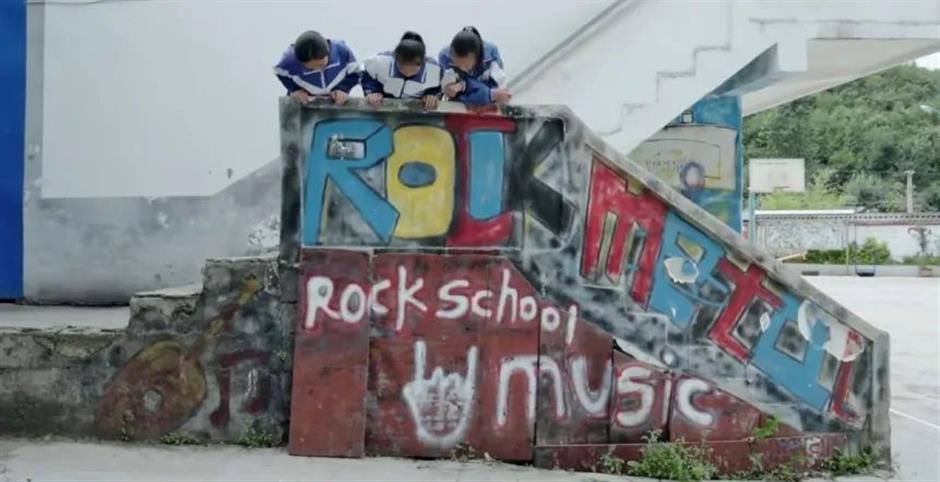 In a classroom, Long Jiao, wearing a pair of well-worn white sneakers and a blue-and-white school uniform, played the guitar on a stage made of concrete, along with her fellow schoolmates.

For Long, an elementary student in a poverty-stricken area in southwest China's Guizhou Province, guitars and rock music were exotic and strange two years ago, but now they have become her greatest companions in sorrow and happiness.

The 13-year-old attends Haiga Elementary School in Haiga Village of Liupanshui City. The school, often called "the highest elementary school in Guizhou" by locals, lies in a mountainous region at an altitude of over 2,400 meters. 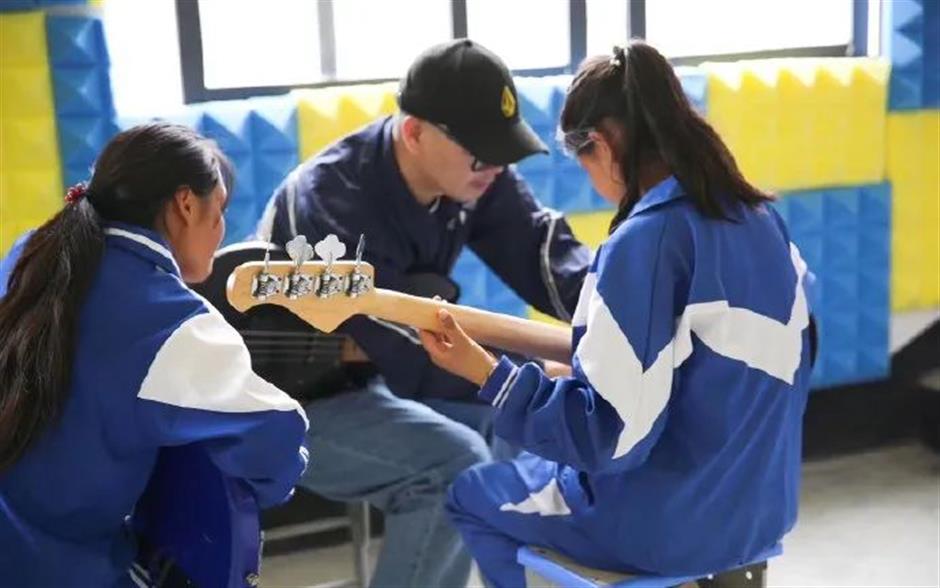 Long's school boasts two rock bands and a soundproof music classroom. The performance that she put on with her band "The Unknown Teens" was broadcast live on Chinese short video platform Kuaishou, as part of the platform's campaign to draw attention to rural education.

"We named the band ourselves," said Long. "Because we think that our future is always unknown."

Before her music teacher, Gu Ya, came to teach in the school as part of a government-led program to boost rural education in 2016, Long had never dreamed of becoming a guitarist. 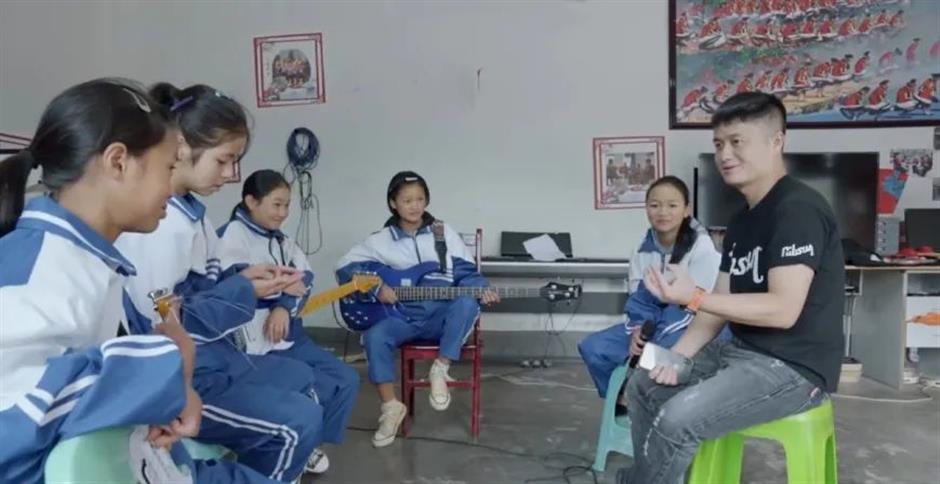 Gu, who lived in the school dormitory, brought with him an acoustic guitar and often played the instrument while several colleagues who love rock music sang along.

"The children often peeked at us from a distance. Later, they approached us to learn more about the instrument and singing," Gu recalled. "Instead of keeping the music to ourselves, we thought we might share it with them together."

Gu and his colleagues started to teach the students how to play the guitar and read music after their classes. Since 2018, two all-female bands have been set up in the school.

"Music has enriched the life of the students in the village and has become a window for them to learn about the outside world," said Zheng Long, principal of the school. 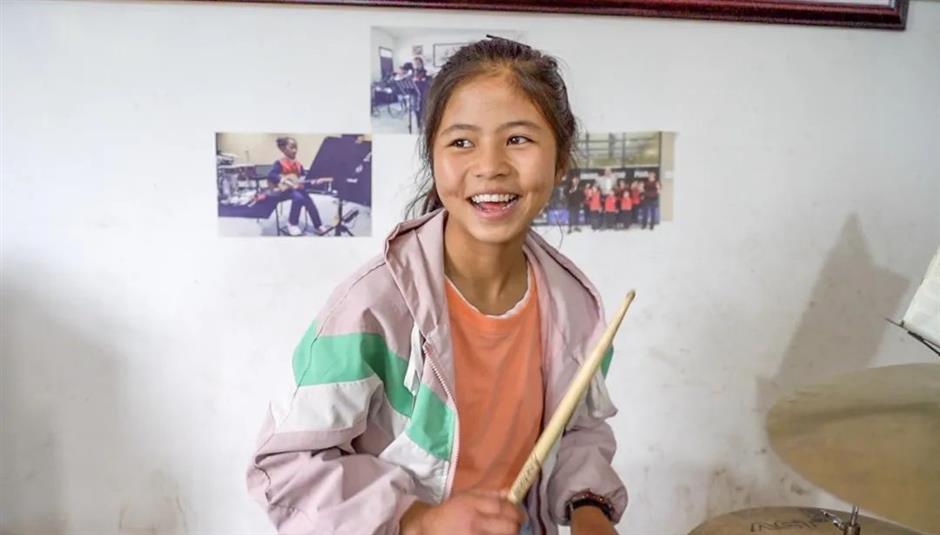 Through livestreaming platforms, Gu made the school bands more known to the outside world, and, for the first time, many children left the mountain village to perform in cities such as Guiyang, the provincial capital.

This summer vacation, popular Chinese rock band Miserable Faith also came to the elementary school to perform with the students after learning their stories, and the Chinese documentary team Figure filmed a documentary featuring the students.

"We were thrilled to perform with a famous band," Gu said. "This is just the start of their dreams, and I will continue to work hard to help their music dreams blossom." 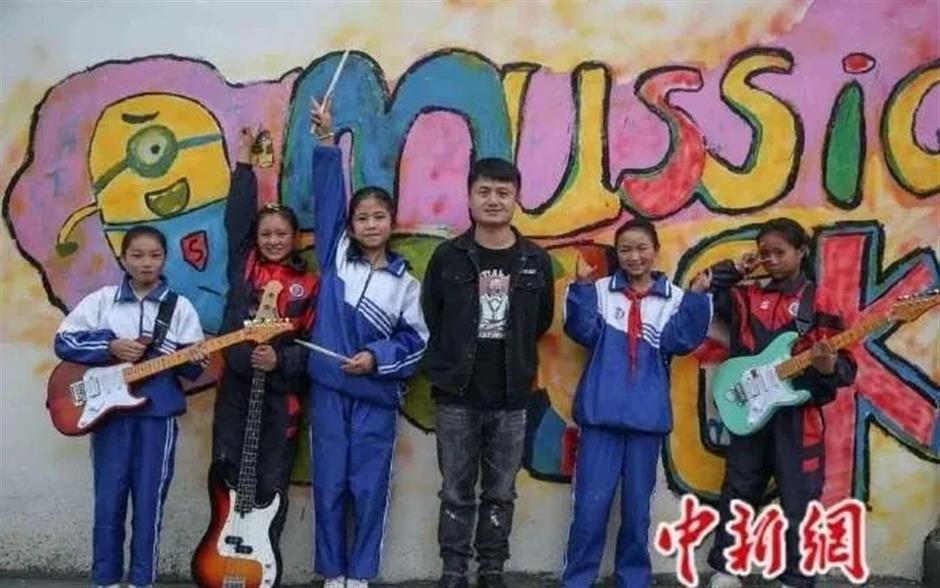