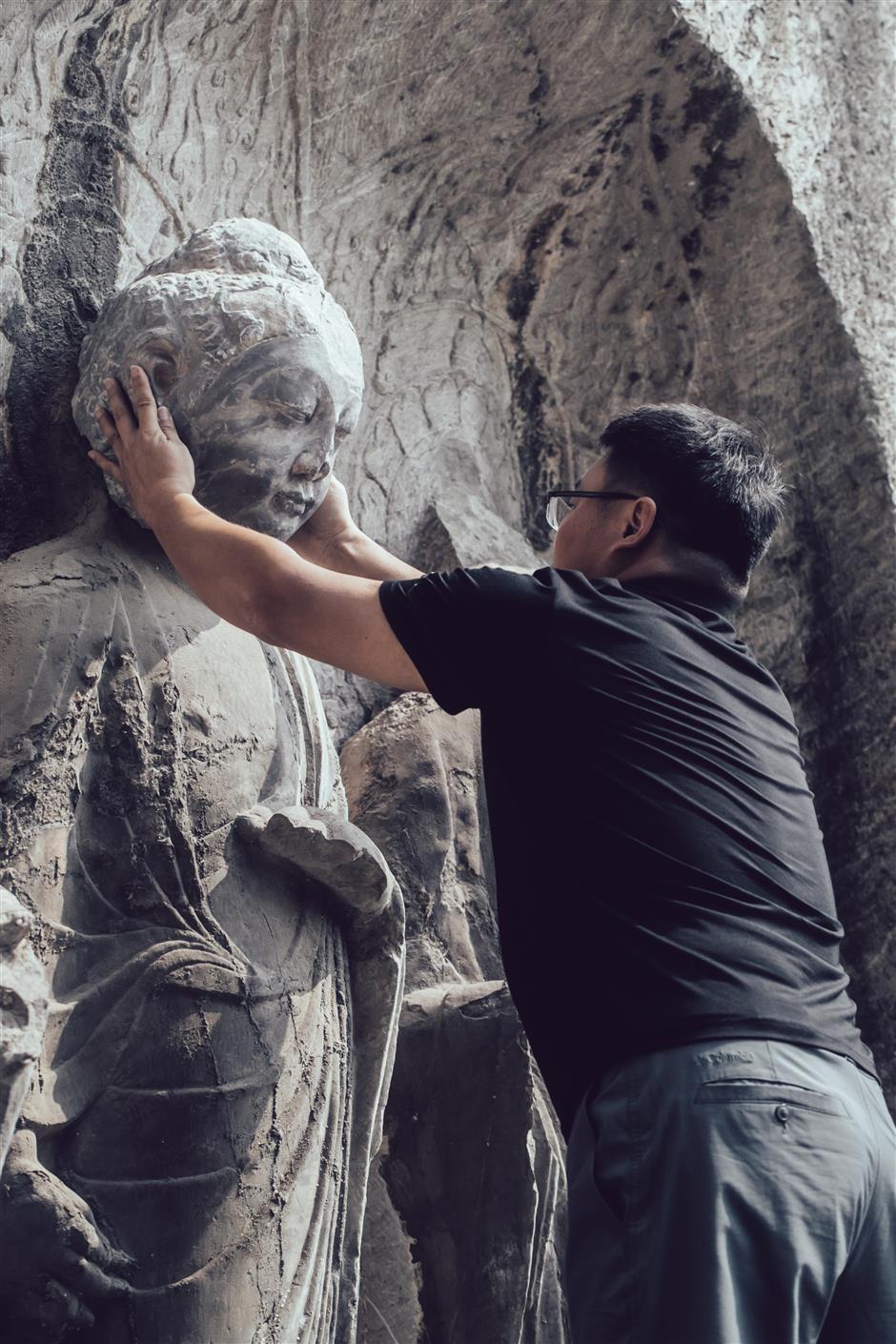 A researcher restores a 3D-printed head on a Buddha statue at the Longmen Grottoes in Henan Province.

A Buddha's head has been three-dimensionally printed to restore a stone statue at the Longmen Grottoes, a world cultural heritage site, in central China’s Henan Province.

The printed head, which is 40cm tall and 30cm wide, perfectly matches the remaining part of the Buddha statue carved on the northern wall of Fengxian Temple in the Tang Dynasty (618-907), said Yang Chaojie, a researcher with the research institute of the grottoes.

In the early 20th Century, the grottoes were largely damaged and looted, with many Buddha’s statues carried overseas. Wen Yucheng, former head of the institute, said the Buddha’s head was missing after 1923 and was purchased by the Shanghai Museum in 1957.

Restoration research in cooperation with the museum started in May 2019. Among the museum’s five relics items confirmed to have come from the Longmen Grottoes, the Buddha’s head was the first one that was identified with its original location in the grottoes.

Shi Jiazhen, head of the institute, said the restoration using 3D technology has provided a new choice for the missing relics to “return home.”