Over 3m sampled for COVID-19 tests in east China city 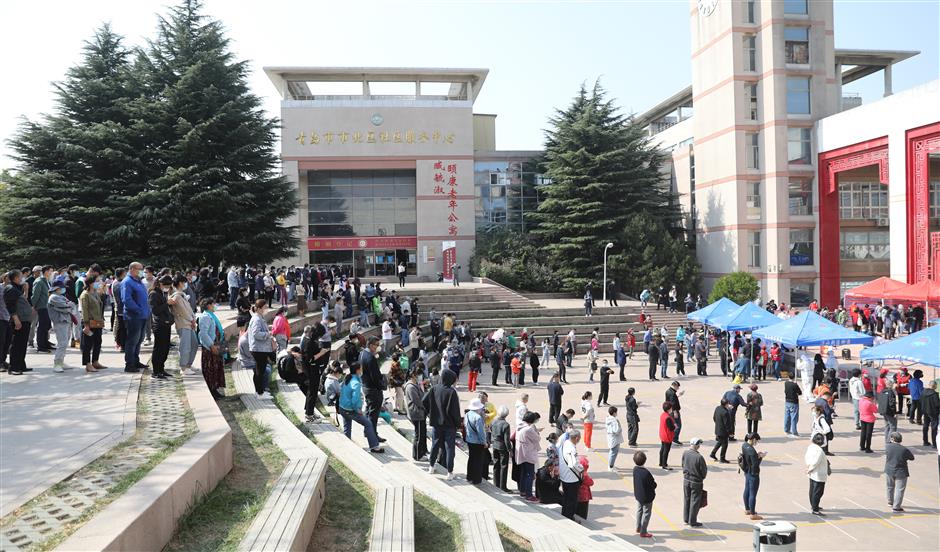 People wait in line to have nucleic acid tests in Qingdao, Shandong Province, on October 12, 2020.

Over 3 million people had been sampled for nucleic acid testing as of 8am on Tuesday after the city of Qingdao activated a plan to conduct city-wide testing on Monday.

So far, about 1.1 million of the collected samples have been tested, and except for the confirmed and asymptomatic cases already reported, no new positive samples have been found. The results of the remaining samples will be released in a timely manner, according to the municipal health commission.

Qingdao had reported six new confirmed cases and six new asymptomatic cases of COVID-19 since fresh cases emerged in the city over the weekend, the commission said.

The city has vowed to complete nucleic acid testing in five districts within three days starting from Monday, while the testing will cover the whole city in five days.