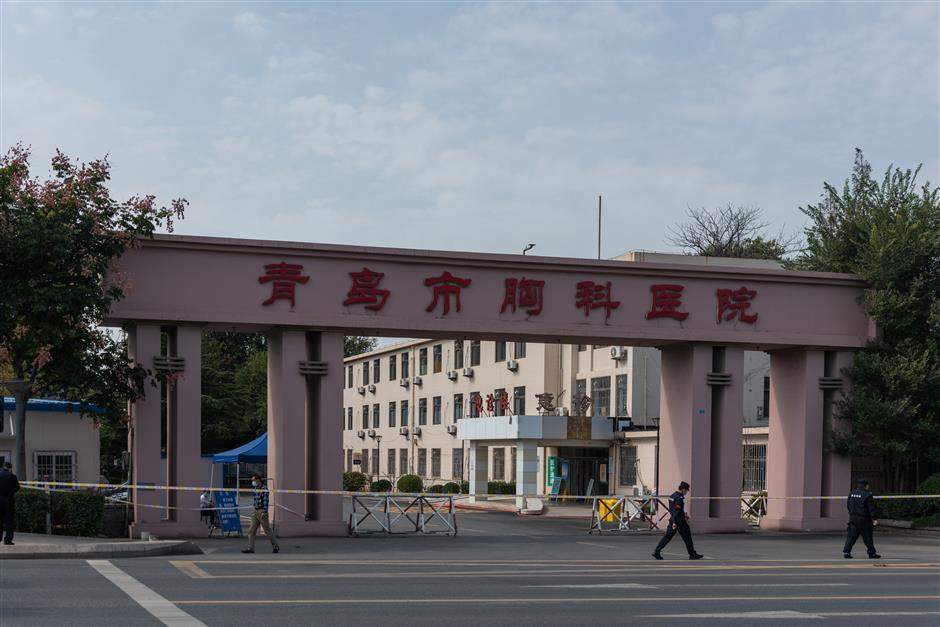 Inappropriate disinfection in the CT room at the Qingdao Chest Hospital led to the new cluster of COVID-19 infections in Qingdao, east China's Shandong Province, a local health official said on Friday.

Two stevedores who had handled imported frozen seafood at the port of Qingdao were diagnosed as asymptomatic COVID-19 cases on September 24. They were isolated at the Qingdao Chest Hospital and underwent CT scans in the hospital's CT room.

Due to improper disinfection, the CT room was contaminated and the virus further infected other people, Ma Lixin, deputy Party chief of the provincial health commission, told a press conference.

Ma also noted that the new cluster infection was neither caused by nor has caused cross-infection in the community.

A total of 13 new confirmed cases of COVID-19 had been reported in this new wave of infections by Thursday.

As of 8am on Friday, over 10.16 million of the collected samples had been tested, and results showed no new positive cases, Xue Qingguo, Qingdao's deputy mayor, told a press conference, adding that the results of the remaining samples will be released by 6pm.