Former world leaders, including the UK’s Gordon Brown, Mexico’s Ernesto Zedillo, and Indonesia’s Megawati Sukarnoputri, called for countries to work in concert during the difficult time of the COVID-19 pandemic, and what may be the more challenging recovery.

They gave video speeches at the Understanding China Conference which opened in south China’s Guangzhou city on Friday evening. At the opening, Chinese President Xi Jinping sent a congratulatory letter expressing China’s unequivocal attitude to step up international cooperation and continue to open up.

“In the face of various complicated and serious challenges, humanity needs more than ever to strengthen cooperation to overcome difficulties,” he noted in the letter, read out by Huang Kunming, head of the Publicity Department of the CPC Central Committee who attended via video link.

Xi also expressed the hope that attendees at the conference will make contributions to facilitating China’s exchanges and cooperation with the world, and build a community with a shared future for humanity.

A shared destiny and future, and better global and regional cooperation were among the most frequent phrases from those addressing the opening ceremony. 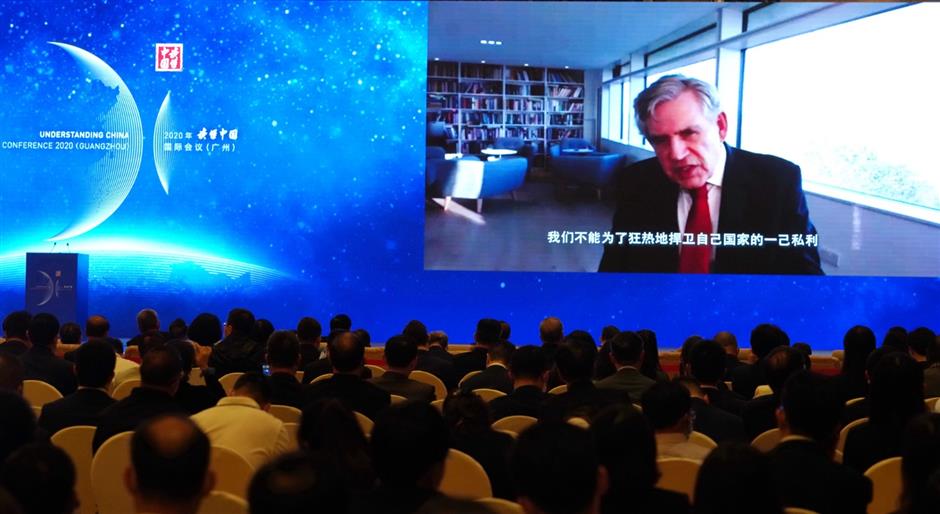 “I want to discuss an agenda of ‘cooperation where possible',” said Brown, former UK Prime Minister. “Identifying areas where there are common interests and where by intensifying collaboration we can manage areas of competition and even potential conflict.”

"We need hope … sending out a message that we will now work together to agree on global solutions to global problems is what can most give people hope.”

Former Mexican President Zedillo opened his keynote speech by citing Kofi Annan’s famous 2003 speech titled “A Fork in the Road,” and recalled the disruption of multilateral institutions in recent years.

“The ill-fated events of recent years have led to a boom in the dubious occupation of predicting unavoidable fatalities," he said. "Concepts such as the Thucydides Trap or the Cold War have been given a renaissance by pundits of geopolitics.

“That is how the world has arrived at a 2021-vintage Fork in the Road situation, a much more challenging circumstance than the one described by Kofi Annan in 2003.” 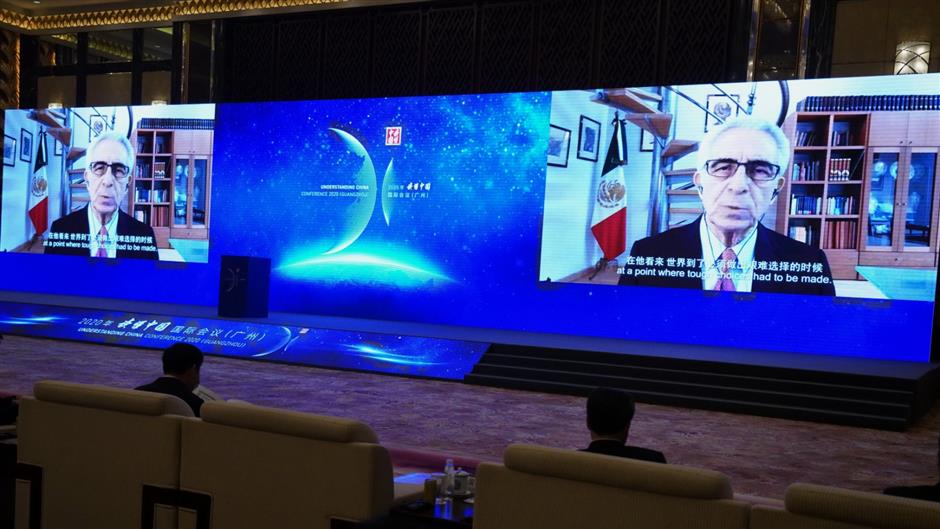 Zedillo said global powers have two choices. They can either move forward along the path of dismissing rule-based international systems, neglecting the value of international cooperation, reaffirming unilateral, or at best bilateral, approaches to address issues of truly collective interest, expending on military capabilities instead of on diplomacy and human well-being, continuing to blame "the others" and interdependence for the social consequences of essentially home-grown policy failures, continuing to look at international trade, investment, and migration as zero sum games.

Or, they can work together with each other on a path to international peace and prosperity.

“Repairing the damage suffered by international relations and cooperation will be a work of patience, diplomatic craftsmanship and slow recovery of mutual trust,” he added.

Ten parallel seminars are expected on Saturday, when notable statesmen, strategists, scholars and entrepreneurs will discuss and share insights with Chinese colleagues and partners.

The topics will cover a range of areas including new opportunities for multinational companies in China, new driving forces in China’s economy, life and health education innovation amid COVID-19, and post-pandemic cooperation for global economic recovery.