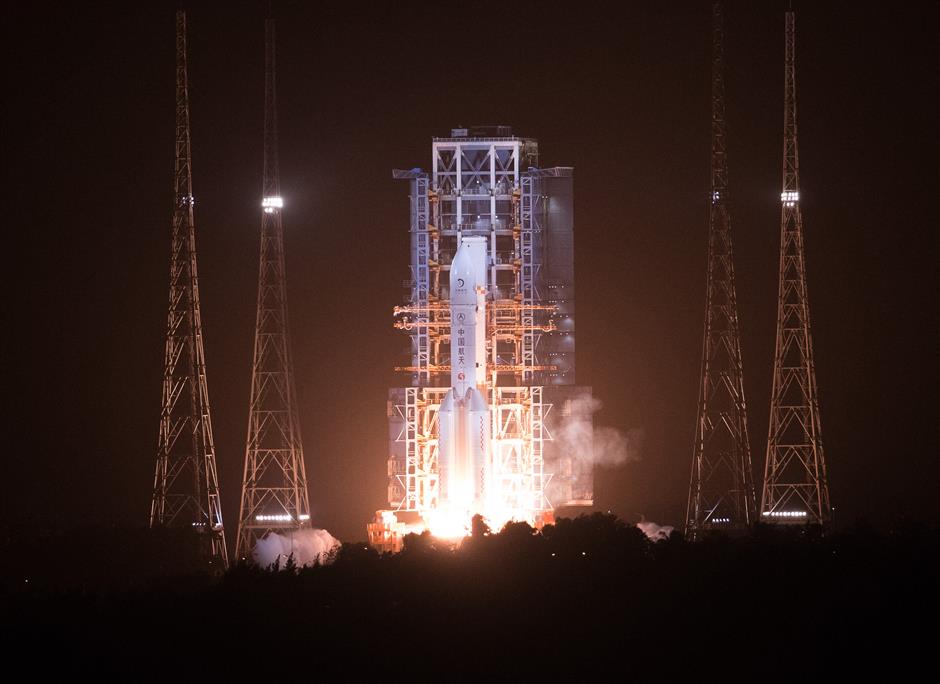 A Long March-5 rocket, carrying the Chang'e-5 spacecraft, blasts off from the Wenchang Spacecraft Launch Site in Hainan Province on November 24, 2020.

China on Tuesday launched a spacecraft to collect and return samples from the moon, the country's first attempt to retrieve samples from an extraterrestrial body.

A Long March-5 rocket, carrying the Chang'e-5 spacecraft, blasted off from the Wenchang Spacecraft Launch Site on the coast of southern island province of Hainan at 4:30am (Beijing Time).

Chang'e-5 is one of the most complicated and challenging missions in China's aerospace history, as well as the world's first moon-sample mission for more than 40 years. 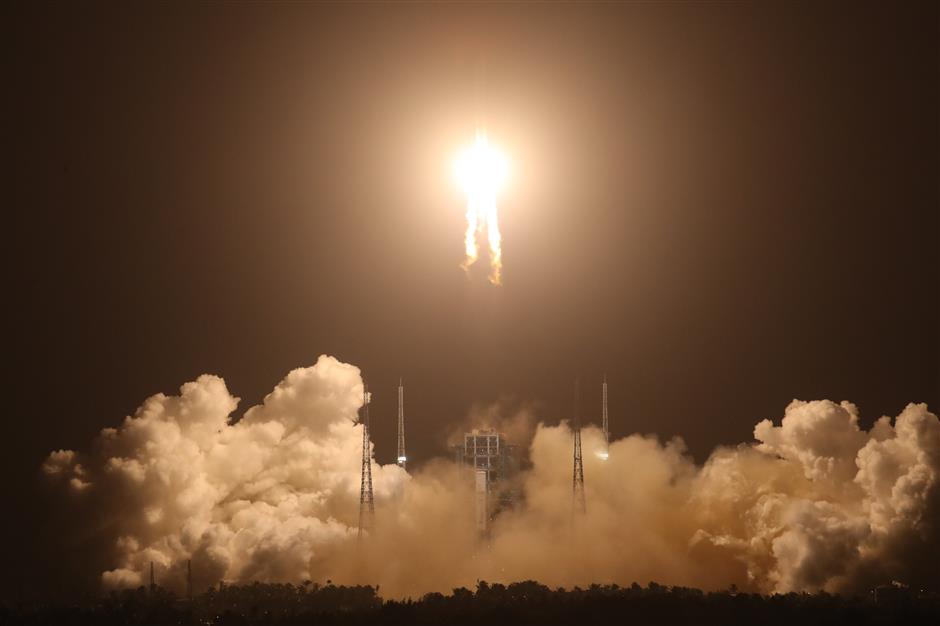 The spacecraft is launched from the Wenchang Spacecraft Launch Site in Hainan Province on November 24, 2020.

Chang'e-5, comprising an orbiter, a lander, an ascender and a returner, with a total takeoff mass of 8.2 tons, is expected to accomplish unmanned rendezvous and docking in lunar orbit, an unprecedented feat.

After it enters the lunar orbit, the lander-ascender combination will separate from the orbiter-returner combination.

While the orbiter-returner orbits about 200 km above the lunar surface, the lander-ascender will touch down on the northwest region of Oceanus Procellarum, also known as the Ocean of Storms, on the near side of the moon in early December.

Within 48 hours, a robotic arm will be extended to scoop up rocks and regolith on the lunar surface, and a drill will bore into the ground. About 2 kg of samples are expected to be collected and sealed in a container in the spacecraft.

When the geometric relationship between Earth and the moon is suitable, the orbiter will carry the returner back to Earth. The returner will reenter the atmosphere and land at the Siziwang Banner in north China's Inner Mongolia Autonomous Region.

The whole flight will last more than 20 days.

Through the program, China has acquired the basic technologies of unmanned lunar exploration with limited investment, said Pei. 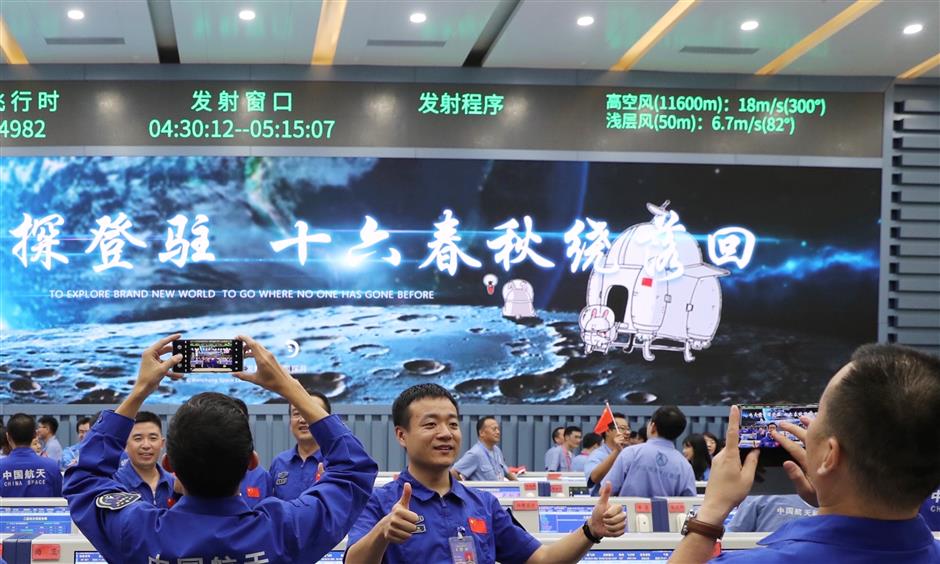 Technicians celebrate as China launches a spacecraft to collect and return samples from the moon from Wenchang Spacecraft Launch Site in Hainan Province on November 24, 2020.

China is drawing up plans for future lunar exploration. To pave the way for manned lunar exploration and deep space exploration, the Chang'e-5 mission will use a sampling method different to those of the United States and the Soviet Union, said Pei.

The United States sent astronauts to the moon to collect samples. In the Soviet Union's unmanned lunar sampling missions, the spacecraft took off from the moon and returned to Earth directly.

But China chose a complicated technological approach including unmanned rendezvous and docking in lunar orbit, which could bring back more samples and lay a technological foundation for manned lunar missions, Pei said.

"Unmanned rendezvous and docking in lunar orbit will be a historic first. It will be very difficult," said Peng Jing, deputy chief designer of the Chang'e-5 probe from the China Academy of Space Technology under the China Aerospace Science and Technology Corporation.

"We could call it a milestone mission. Its success will help us acquire the basic capabilities for future deep space exploration such as sampling and takeoff from Mars, asteroids and other celestial bodies," Peng said.

The scientific goals of the Chang'e-5 mission include the investigation of the landing area to obtain the on-site analysis data related to the lunar samples, as well as systematic and long-term laboratory analysis of the lunar samples.

This site is chosen because the region has a young geological age, younger than the sampling areas of the United States and the Soviet Union more than 40 years ago. This region has never been sampled. The new samples will be of great scientific value, said experts.

"Domestic and overseas scientists will all have a chance to get the lunar samples to be brought back by Chang'e-5 for research," Pei added.