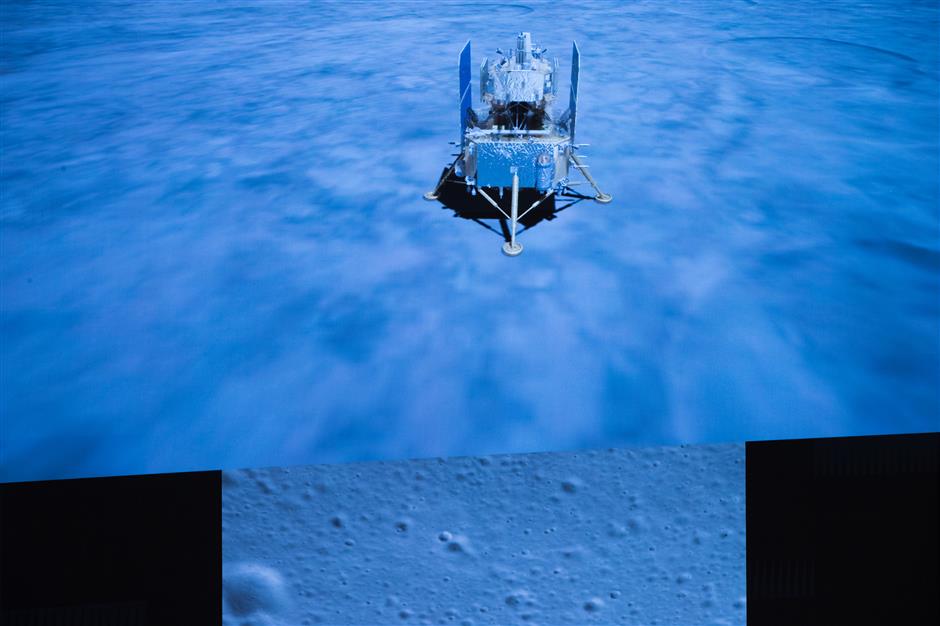 Photo taken at Beijing Aerospace Control Center in Beijing on December 1, 2020, shows the Chang'e-5 spacecraft landing on the moon.

China's Chang'e-5 spacecraft successfully landed on the near side of the moon on late Tuesday and sent back images, the China National Space Administration announced.

At 11:11pm, the spacecraft landed at the preselected landing area near 51.8 degrees west longitude and 43.1 degrees north latitude, said the CNSA.

On November 24, China launched the Chang'e-5 spacecraft, comprising an orbiter, a lander, an ascender and a returner.

At 10:57pm on Tuesday, the lander-ascender combination of Chang'e-5, from about 15 km above the lunar surface, started a powered descent with a variable thrust engine ignited. Its relative vertical velocity to the moon was lowered from 1.7 km per second to zero.

The probe was adjusted and approached the lunar surface during the descent.

After automatically detecting and identifying obstacles, the probe selected the site and touched down on the north of the Mons Rumker in Oceanus Procellarum, also known as the Ocean of Storms, on the near side of the moon.

During the landing process, the cameras aboard the lander took images of the landing area, said the CNSA. 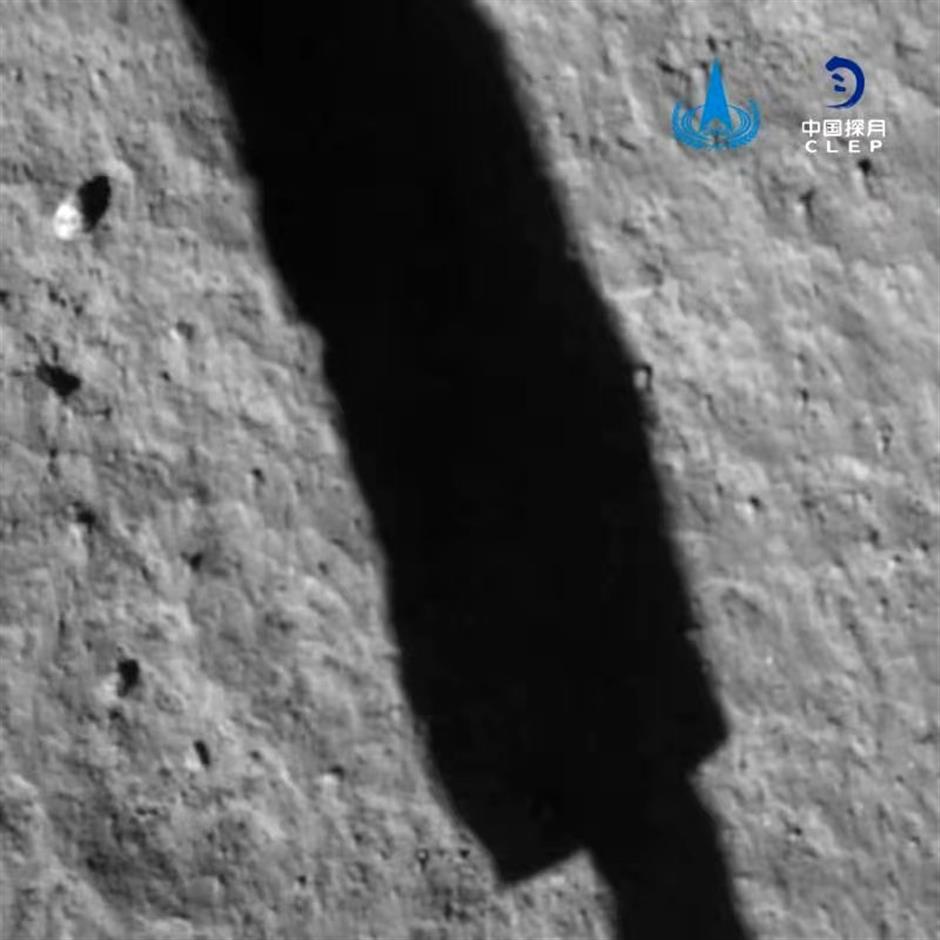 Photo provided by the China National Space Administration shows an image taken by camera aboard Chang'e-5 spacecraft after its landing on the moon.

Under ground-control, the lander carried out a series of status checks and settings, preparing for around 48 hours of work on the surface of the moon.

Scientific instruments installed on the lander include cameras to survey the landing site and sampling area, an infrared spectrometer to detect the material composition of the sampling area, and equipment to probe subsurface structure.

Chang'e-5 is the world's first moon-sample mission in more than 40 years, and Chinese space engineers have made elaborate plans for possible challenges ahead, said Peng Jing, deputy chief designer of the Chang'e-5 probe from the China Academy of Space Technology under the China Aerospace Science and Technology Corporation.

"We designed two methods for the spacecraft to collect samples. One is to sample the lunar surface, and the other is to drill underground. The two methods could increase the chance of getting more diverse samples," said Peng.

Photo taken at Beijing Aerospace Control Center in Beijing on December 1, 2020, shows the Chang'e-5 spacecraft landing on the moon.

According to Peng, Chang'e-5 will carry out an unmanned rendezvous and docking in a lunar orbit around 380,000 km away, a first in the history of space exploration.

The orbiter is expected to carry the returner back to Earth. The returner is scheduled to reenter the atmosphere and land at Siziwang Banner in north China's Inner Mongolia Autonomous Region.

Lin Yangting, a researcher with the Institute of Geology and Geophysics under the Chinese Academy of Sciences, said lunar soil is like a book hiding the secrets about the sun, Earth and the moon. Researching lunar soil could lead to better understanding of the solar system and Earth.

"Domestic and overseas scientists will all have a chance to get the lunar samples to be brought back by Chang'e-5 for research," Pei added. 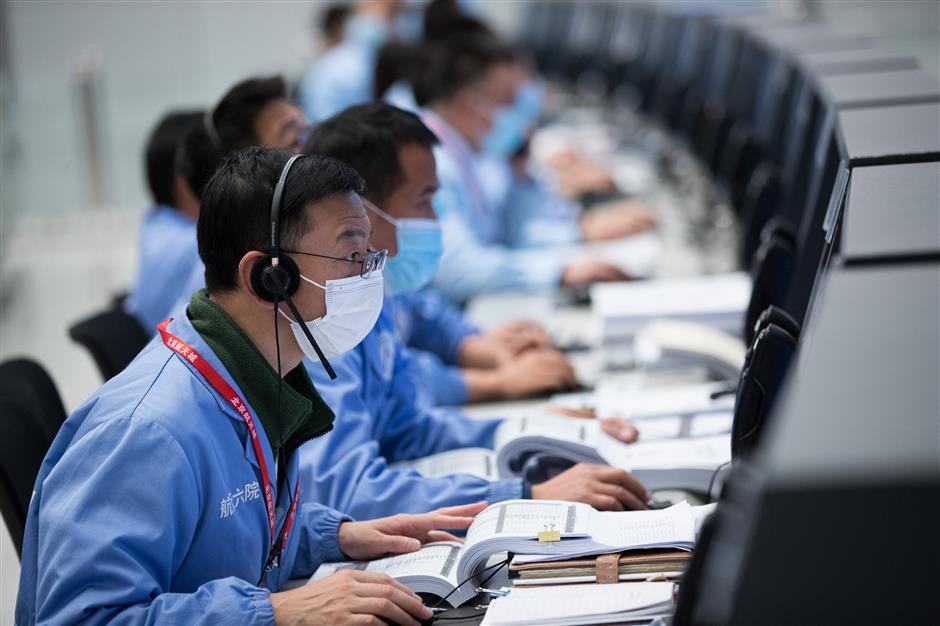 Technical personnel work at the Beijing Aerospace Control Center in Beijing, capital of China, on December 1, 2020.