China's spacecraft takes off from moon with samples 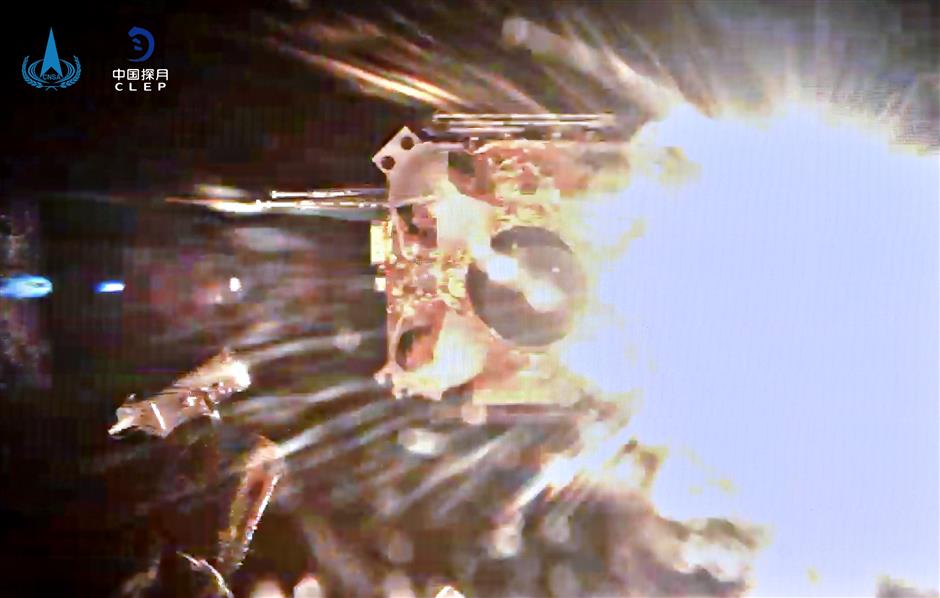 Photo taken at Beijing Aerospace Control Center in Beijing on December 3, 2020, shows the ascender of Chang'e-5 spacecraft blasting off from the lunar surface.

It represented the first-ever Chinese spacecraft to take off from an extraterrestrial body.

China's Chang'e-5 probe, comprising an orbiter, a lander, an ascender, and a returner, was launched on November 24, and its lander-ascender combination touched down on the north of the Mons Rumker in Oceanus Procellarum, also known as the Ocean of Storms, on the near side of the moon on December 1.

After the samples were collected and sealed, the ascender of Chang'e-5 took off from the lunar surface. An engine, after working for about six minutes, pushed the ascender to preset lunar orbit, said Xing Zhuoyi, a designer of the Chang'e-5 probe from the China Academy of Space Technology (CAST) under the China Aerospace Science and Technology Corporation. 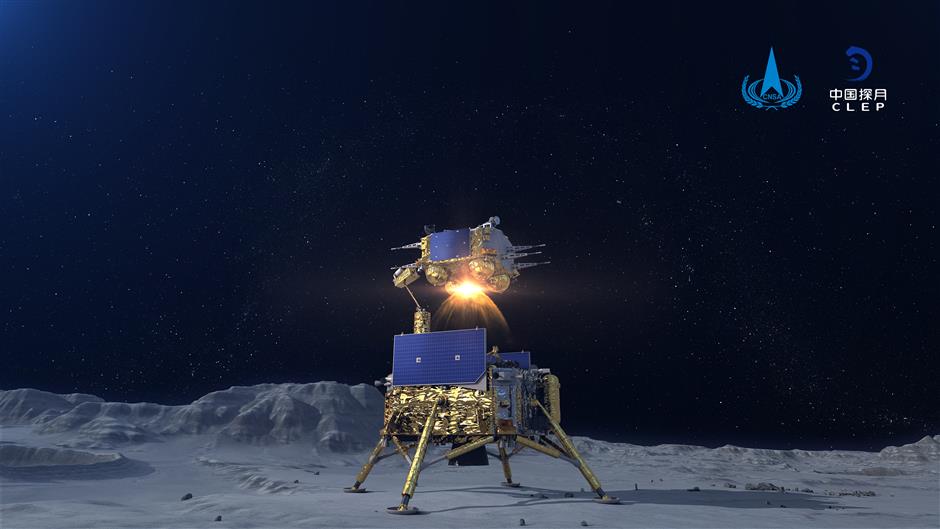 This simulated image shows Chang'e-5 spacecraft blasting off from the lunar surface.

Different from the ground takeoff, the ascender could not rely on a launch tower system. The lander acted as a temporary "launching pad," which had touched down on the lunar surface quite stably, Xing said.

The lunar liftoff conquered many challenges, including limited diversion space for the engine plume and different environments between Earth and the moon, he said.

Without any navigation constellation around the moon, the ascender used its own special sensors to conduct self-positioning and attitude determination after the takeoff, assisted by the ground monitoring and control system, Xing said.

Before the takeoff, a Chinese national flag unfurled from the lander-ascender combination, Xing said.

The spacecraft had worked for about 19 hours on the moon and finished its sampling work at 10 pm on December 2. The samples were stowed in a container inside the ascender of the probe as planned, the CNSA has said.

It adopted two methods of moon sampling, including using drills to collect subsurface samples and grabbing samples on the surface with a robotic arm. It gathered diverse samples at different sites.

The ascender is expected to complete the unmanned rendezvous and docking with the orbiter-returner in lunar orbit, an unprecedented feat, and the samples will be transferred to the returner.

"An unmanned rendezvous and docking in lunar orbit will be a historic first. It will be very difficult," said Peng Jing, deputy chief designer of the Chang'e-5 probe from the CAST. 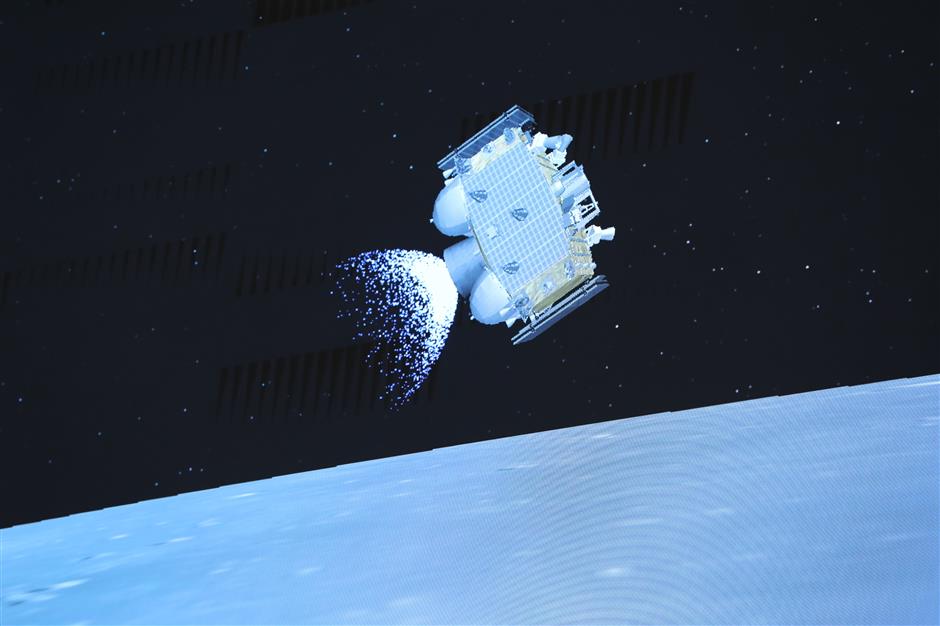 Photo taken at Beijing Aerospace Control Center in Beijing on December 3, 2020, shows the ascender of Chang'e-5 spacecraft flying above the lunar surface.

When the geometric relationship between Earth and the moon is suitable, the orbiter will carry the returner back to Earth.

Chang'e-5 is one of the most complicated and challenging missions in Chinese aerospace history, as well as the world's first moon-sample mission in more than 40 years.

If successful, the mission will help promote China's science and technology development. It will lay an important foundation for China's future manned lunar landing and deep-space exploration, said Pei Zhaoyu, deputy director of the Lunar Exploration and Space Program Center of the CNSA.