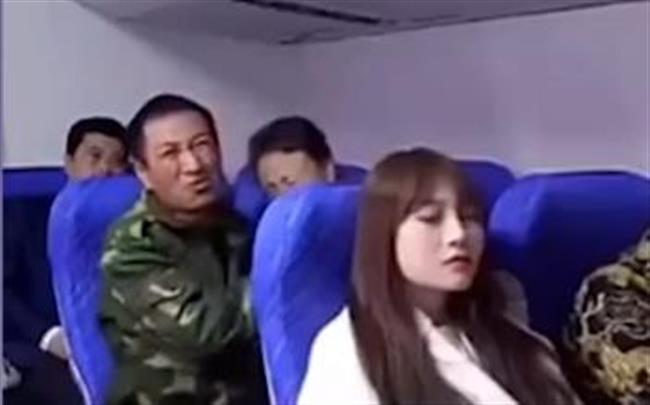 A screenshot of the short video showing a man in a camouflage jacket seeking help from a flight attendant.

JD Finance apologized and removed a controversial public relations video after it was widely criticized.

Officials from the financial arm of the e-commerce giant expressed remorse for projecting the wrong values in the short video, according to a statement issued yesterday.

The short promotional video was released yesterday on several video platforms, including Douyin.

In the video, a man dressed in a camouflage jacket appearing like a migrant worker and first-time air traveler asks a flight attendant to open a window because his mother feels sick and dizzy. Nearby passengers look on contemptuously and utter sarcastic comments.

Instead of offering any help, the flight attendant tells him he can pay 1,290 yuan (US$197) for an upgrade.

Apparently money-strapped, the man declines the offer. A man on the flight then suggests he use JD Finance, showing him on his phone how he can borrow as much as 150,000 yuan with low interest rates.

The ad quickly caused a firestorm of controversy, as people accused the company of vilifying migrant workers and tricking people into Internet loans by downplaying security risks and high interest rates.

The company also fired or demoted those responsible for the video.