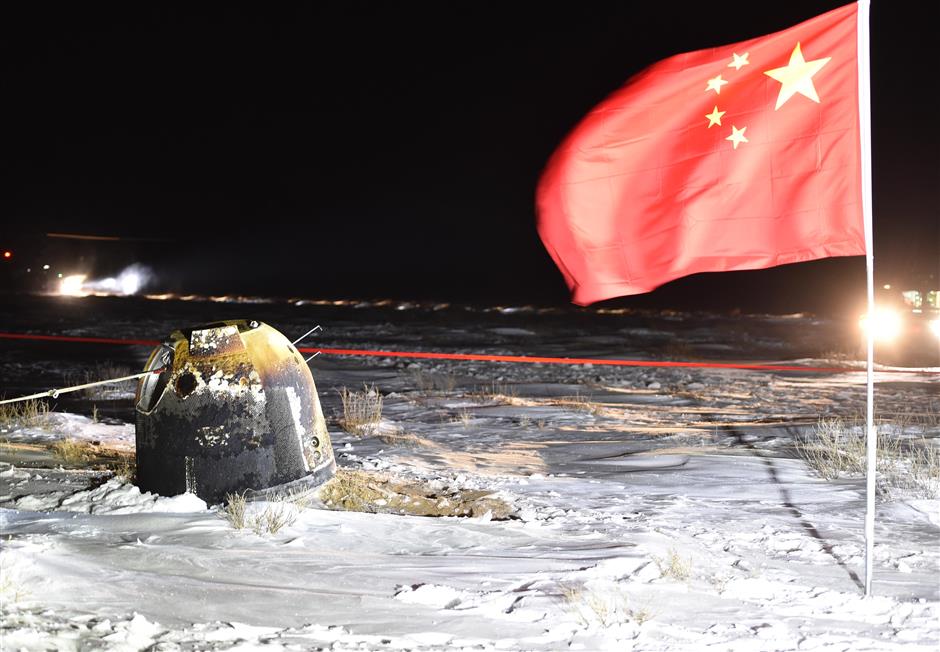 Chinese President Xi Jinping on Thursday congratulated the complete success of the Chang'e-5 mission that brings back the country's first samples collected from the moon.

On behalf of the Communist Party of China (CPC) Central Committee, the State Council and the Central Military Commission (CMC), Xi, also general secretary of the CPC Central Committee and chairman of the CMC, extended warm congratulations and sincere greetings to all members who participated in the Chang'e-5 mission in a congratulatory message.

As China's most complicated space project, Xi said the Chang'e-5 mission has achieved the extraterrestrial sampling and returning for the first time. It is another major achievement in overcoming difficulties by giving full play to the advantages of the new nationwide system, marking a great step forward in China's space industry. This will contribute to deepening the understanding of the origin of the moon and the evolution history of the solar system, he noted.

"Your remarkable feats will always be remembered by our country and people," said Xi.

Noting that there is no end for space exploration, Xi expressed the hope that those who have participated in the Chang'e-5 mission will carry forward the lunar exploration spirit of pursuing dreams, daring to explore, cooperating in tackling difficulties and win-win cooperation, so as to start new interplanetary exploration and contribute to building the country into a major power in space, national rejuvenation, the peaceful use of space and the building of a community with a shared future for humanity.

The congratulatory message was read out by State Councilor Wang Yong at the Beijing Aerospace Control Center.

The success of the Chang'e-5 mission marks a conclusion of China's current lunar exploration project.