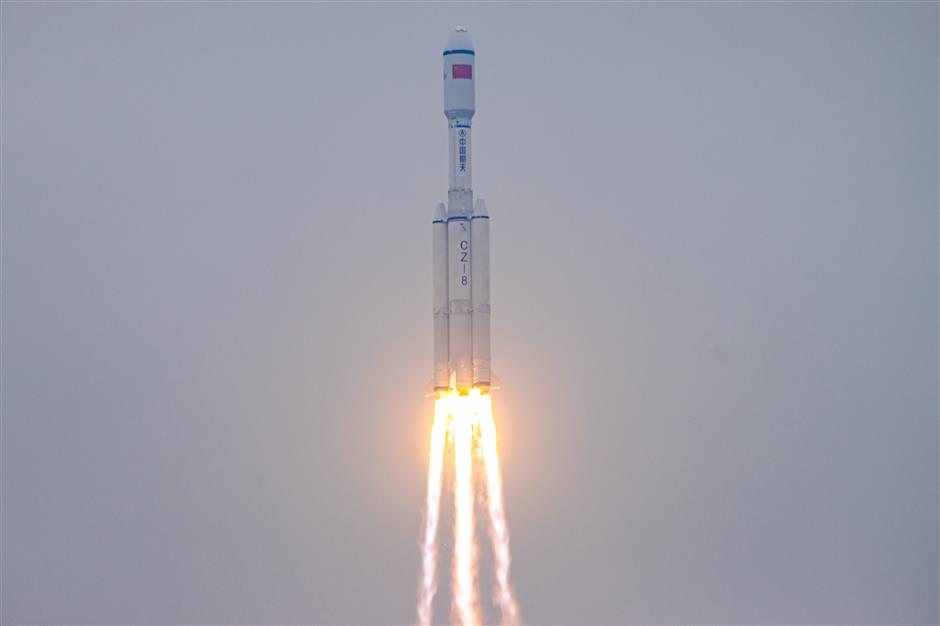 The rocket blasted off from the Wenchang Spacecraft Launch Site on the coast of southern China's island province of Hainan at 12:37 pm (Beijing Time).

The Long March-8 rocket has a total length of 50.3 meters, with a takeoff mass of 356 tons. It can carry a payload of at least 4.5 tons to a sun-synchronous orbit at an altitude of 700 km.

The rocket fills the gap in China's launch capability to the sun-synchronous orbit from 3 tons to 4.5 tons, and is of great significance for accelerating the upgrading of launch vehicles, according to the CNSA.