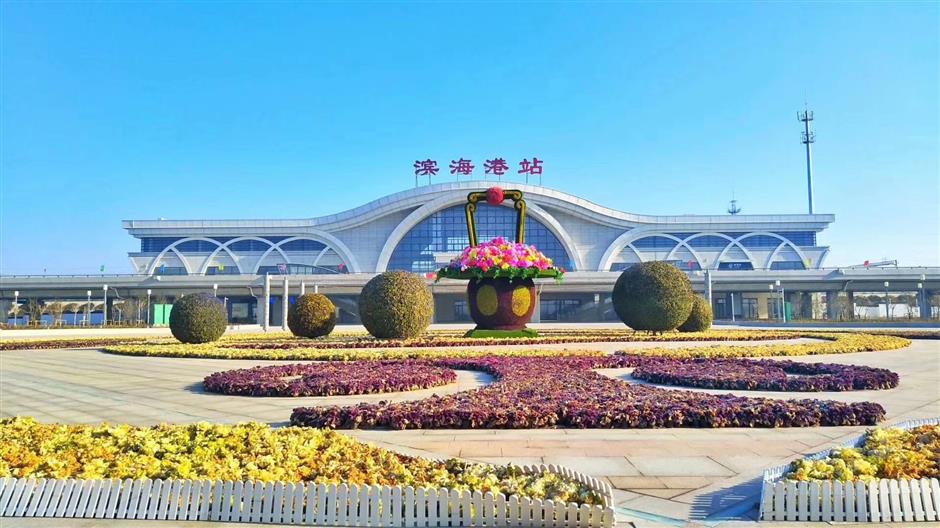 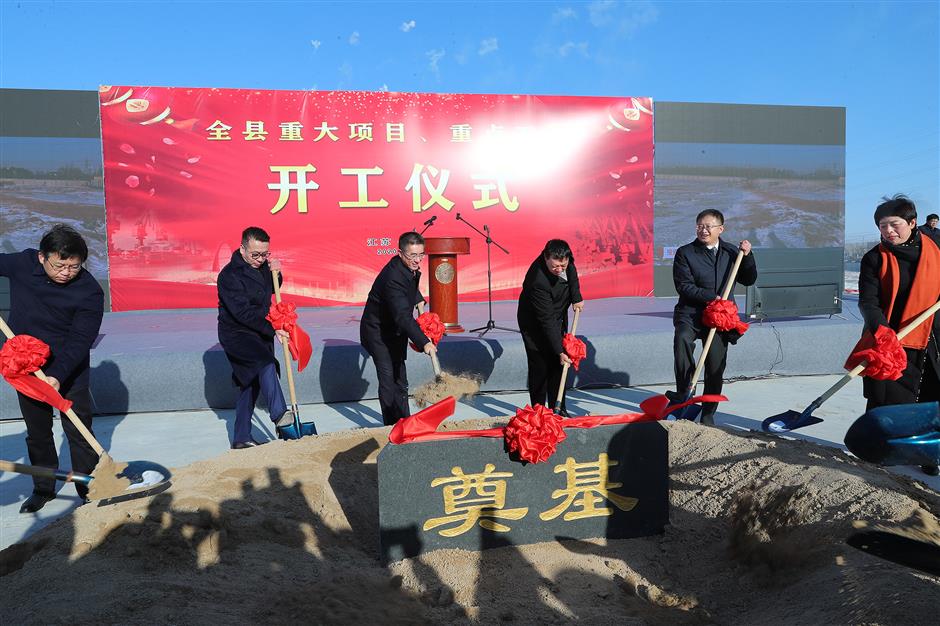 Binhai County in Yancheng, Jiangsu Province, has been on the fast track of development and integration into the Yangtze River Delta region, which only stands to accelerate with the opening of the Yancheng-Nantong high-speed railway on Wednesday.

Construction on 22 projects with a total investment of 11.52 billion yuan (US$1.76 billion) broke ground on Thursday in the county.

These include 10 industrial parks covering areas such as health, smart home appliances, packaging and recyclable new materials, and another 10 related to infrastructure construction such as roads, schools, parking lots, greenery and housing.

Nine of the projects are scheduled for completion in five months.

Moreover, contracts for nine more projects in the county with a total investment of 9.82 billion yuan were signed today. 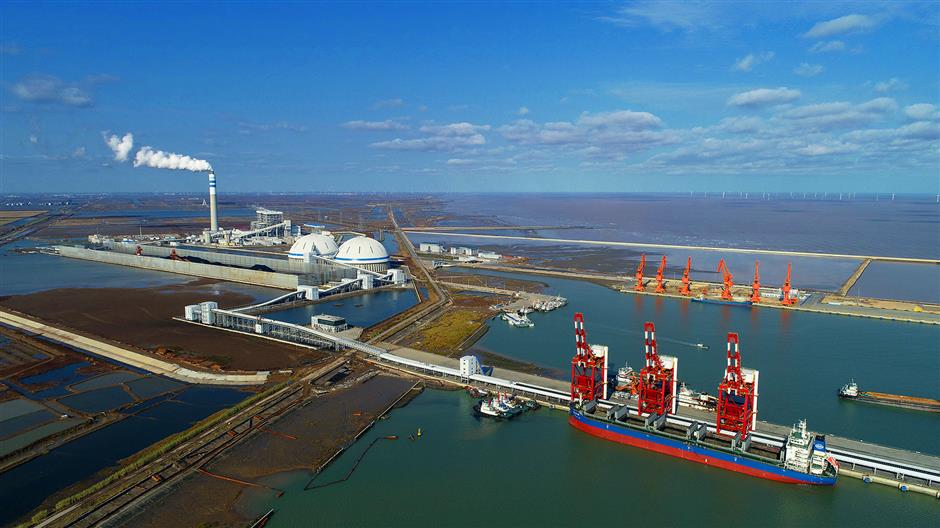 These projects will include water environment, health and education and supporting facilities for parks.

The county sits in northeast Jiangsu Province and is nestled alongside the Yellow Sea. The opening of the Yancheng-Nantong high-speed railway has brought Binhai within two hours of Shanghai.

It serves as a converging point for the Jiangsu coastal and Huaihe River ecological economic belts, and features convenient transportation and rich tourism resources -- including Bird Heaven scenic area, an island home to more than 100,000 birds such as egrets and cuckoos, as well as folk culture towns. 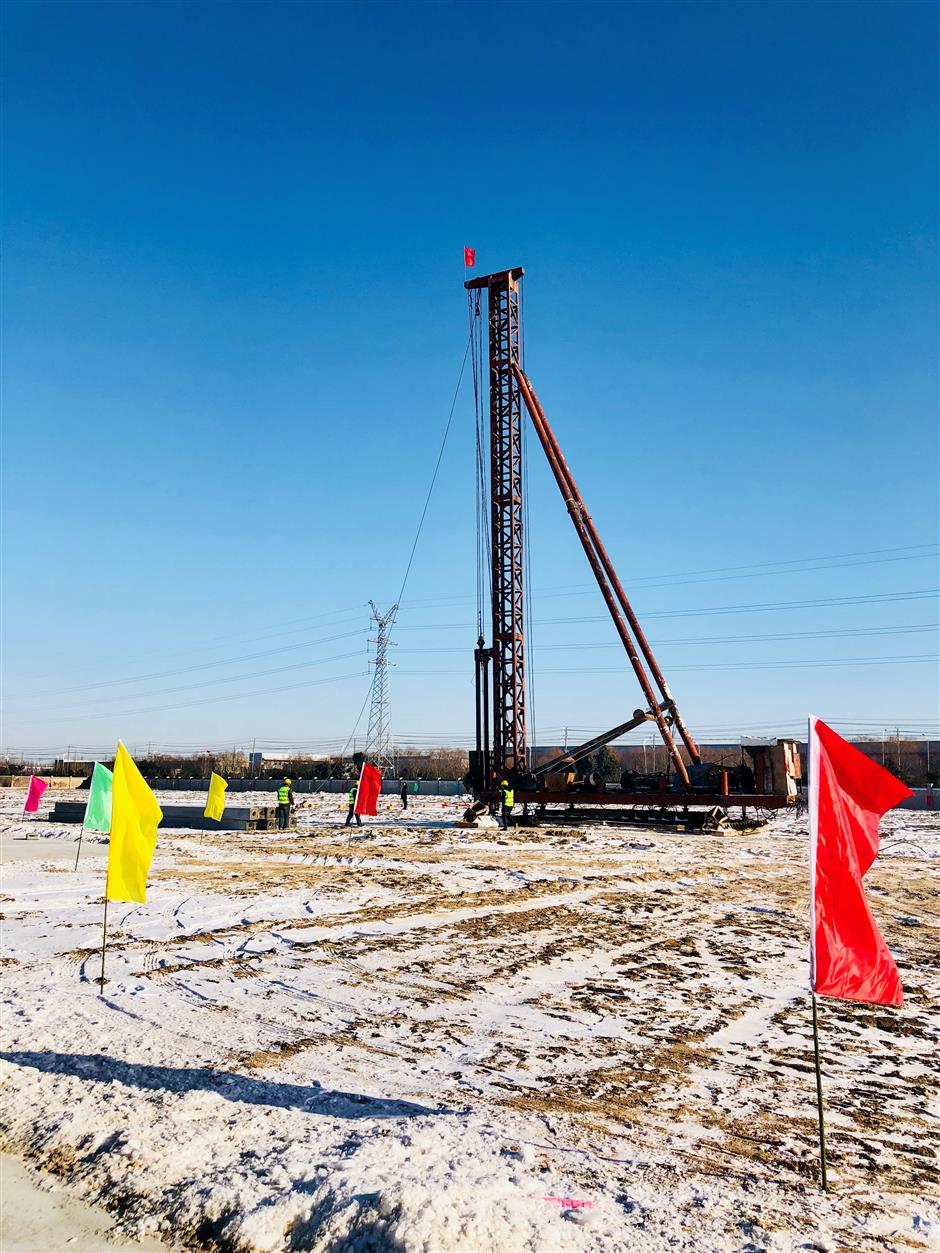 The site of a new project in Binhai County

The county has created strategic partnerships with Shanghai's Baoshan District to step up business cooperation.

"Binhai has enhanced exchanges and cooperation with Shanghai to beef up construction of a scientific innovation transformation base, agricultural product supply base and ecological and health tourism base," said Guo Aijun, head of Binhai's office of cooperation with Shanghai. "These partnerships deliver powerful support to Binhai's high-level economic and social development." 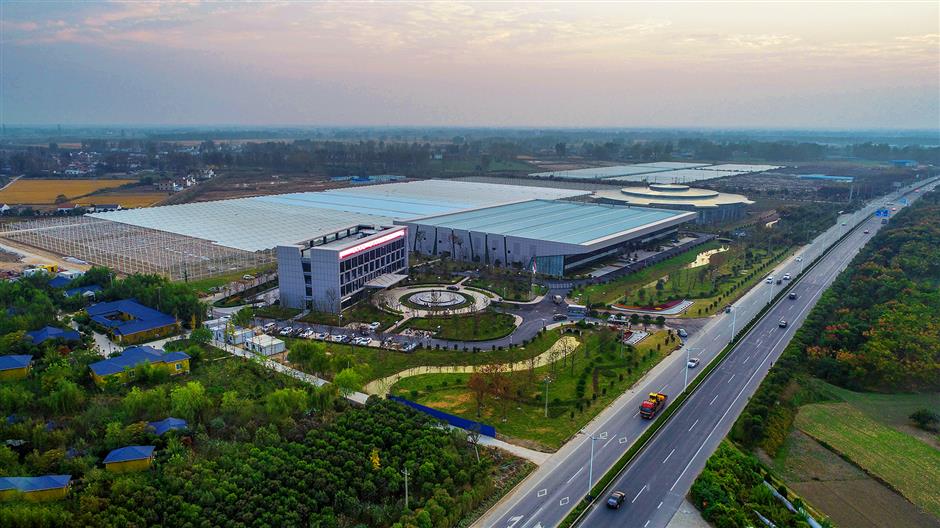 A bird's eye view of Binhai

The Yancheng-Nantong high-speed railway, which debuted on Wednesday, provides a direct rail link between Shanghai and Yancheng, cutting travel time between the two cities from four hours to two.

Trains running on the 158-kilometer line travel as fast as 350 kilometers per hour with six stops. It connects with the new Shanghai-Suzhou-Nantong train at Nantong West Station. There will be six trains daily on the route, which will increase to a maximum of 47 on January 20.