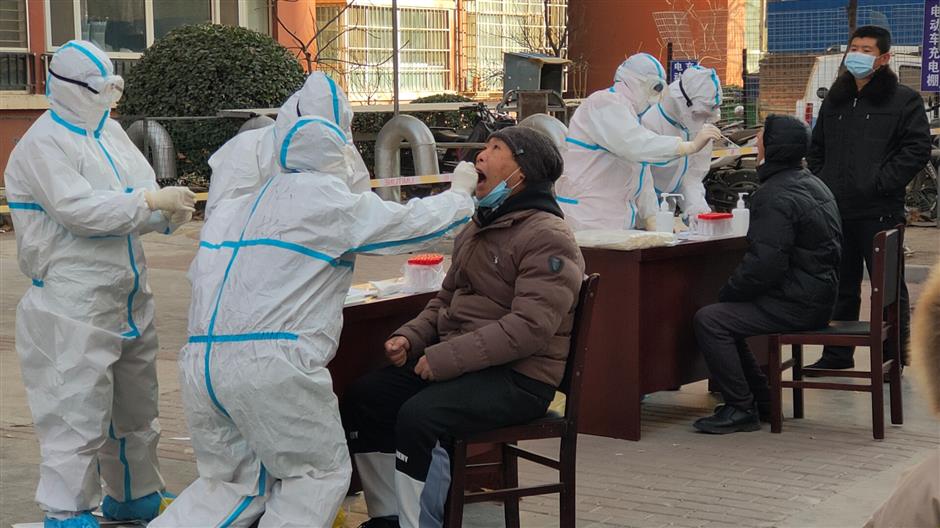 An uptick in COVID-19 cases in Hebei Province and multiple family clusters of the virus have prompted the province into wartime mode.

The northern province reported 20 local cases yesterday, all but three of the 23 cases confirmed on the Chinese mainland, and 43 asymptomatic cases.

A team led by the director of the National Health Commission Ma Xiaowei arrived in the province yesterday to better assess the situation.

The virus is still spreading, and the situation is “grim,” the Hebei Daily quoted Ma as saying.

All kindergartens and primary and middle schools in Shijiazhuang will suspend in-person classes today, while boarding schools will be under lockdown.

Among the cases reported in Shijiazhuang yesterday, eight are from Xiaoguozhuang Village while several others are from people who have recently visited the village.