Highlights and trailers for the upcoming film “Kill the Monster” have been released on Tencent.

The fantasy comedy, which opens across the country on Friday, is about an ancient Chinese chef’s adventures in fighting monsters and demons to save Chang’an, the old name of Xi’an in Shaanxi Province.

The film stars comedians from Hong Kong and the Chinese mainland, including Ng Man-tat, Law Kar-ying and Jia Bing. Their different comedic styles are among the movie’s highlights.

More than 1,300 shots of computer-generated special effects are featured in the movie to depict monsters, dragons and fights. 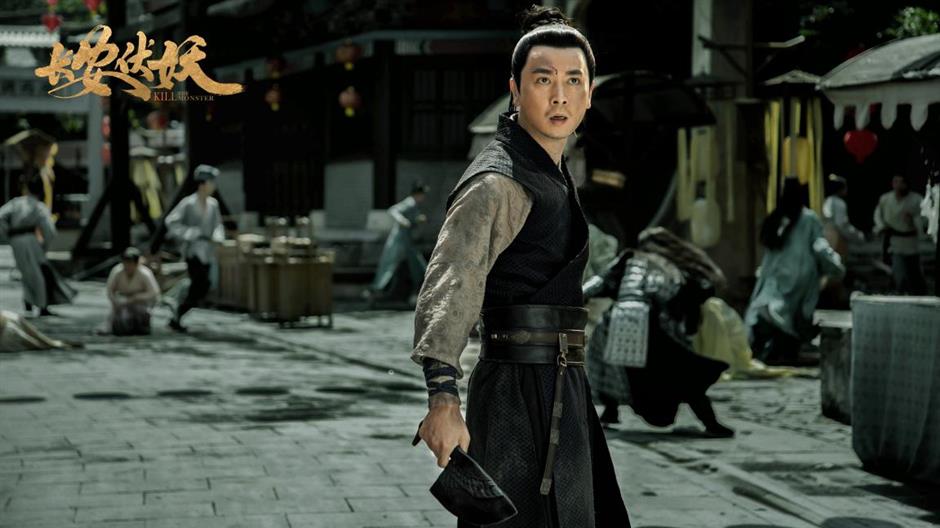 A scene from “Kill the Monster”