A cosmetic company's quirky video advert has backfired with customers saying they will boycott its products.

Purcotton, a Chinese company owned by Winner Medical Co., released the video  on Douyin (the Chinese version of TikTok.

Tagged with #Plottwit, #anti-stalking and #WhatToDoWhenStalked, the video starts with a woman walking along and being followed by a man whose face is covered. Looking concerned, the woman produces a Purcotton wet wipe and removes her makeup. When the man taps her shoulder, she turns and a man's face is shown.

"What’s up, brother?” asks the woman, in a manly voice. Vomiting sounds and visual effects have been added. 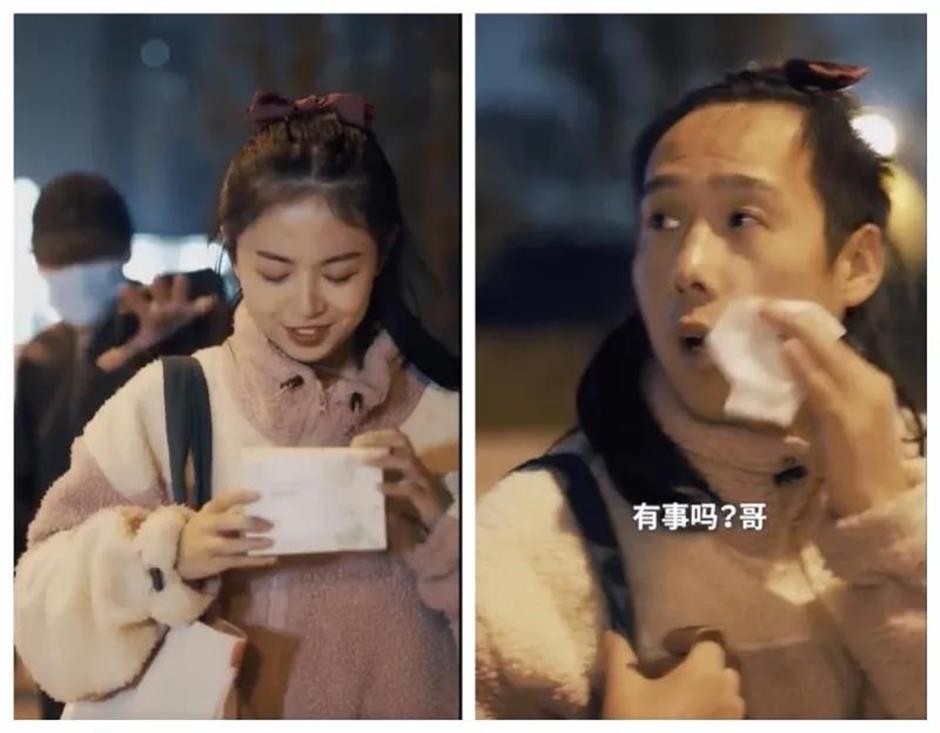 Before and after the woman removes her makeup with Purcotton's  removal wipe.

More than 3,000 commented, mainly offended by how unacceptable the video is,  stating it’s appalling that they should normalize stalking.

A female Weibo user said the video indirectly supports the logic of rape being the victim's fault.

Also it's really not funny that a woman’s looks are being made fun of.

China Women’s News condemned Purcotton and commented that the video is full of bias, gender stereotypes and ignorance.

Women’s safety should not be trifled with, and Purcotton only used their creative ideas as a front to normalize stalking and victimize women. Women are consumers, not consumables, it said. It’s inevitable that women will offended and boycott their product. 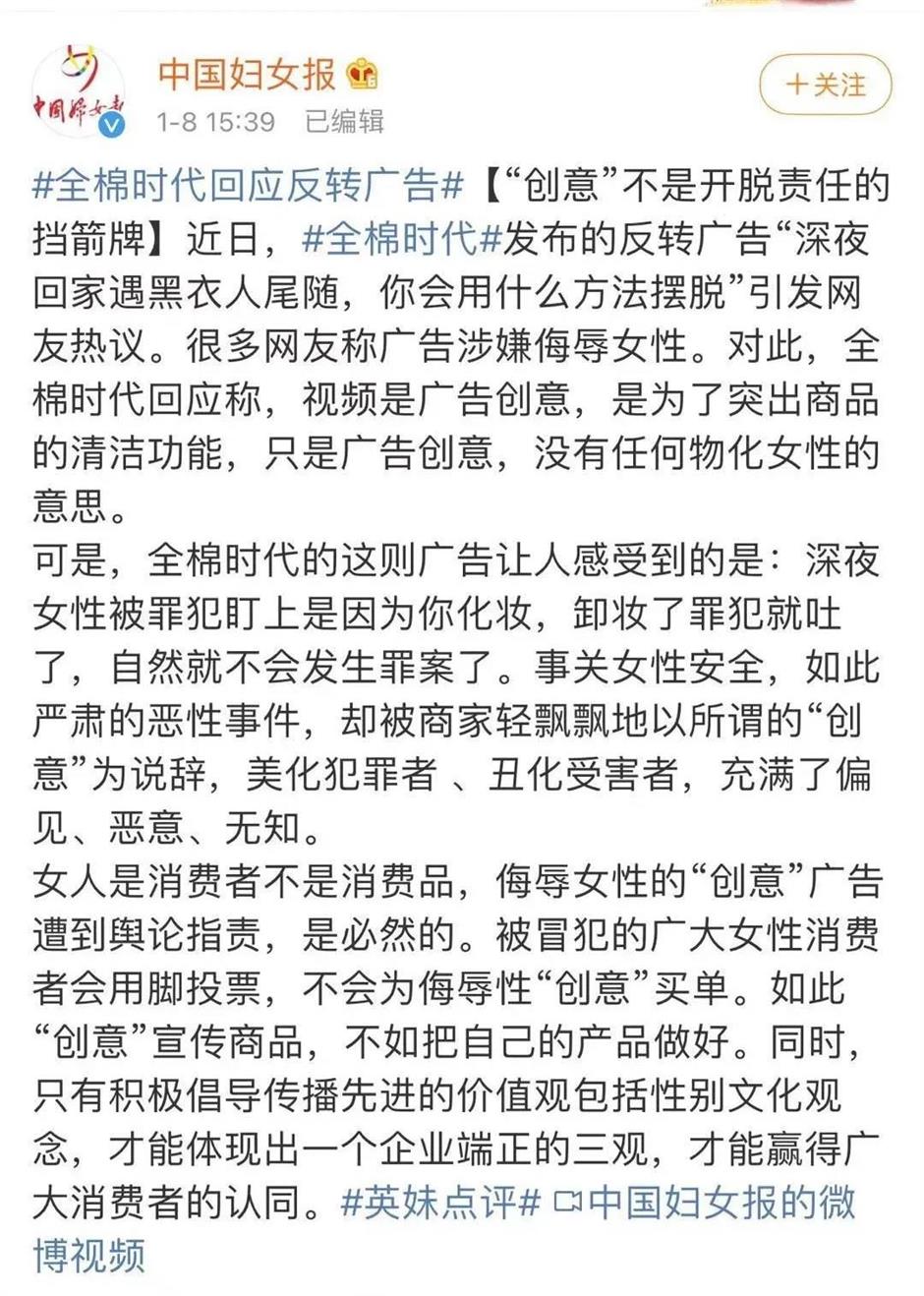 Purcotton has withdrawn the video and apologized for the discomfort caused to women, saying future advertising content will be strictly scrutinized.