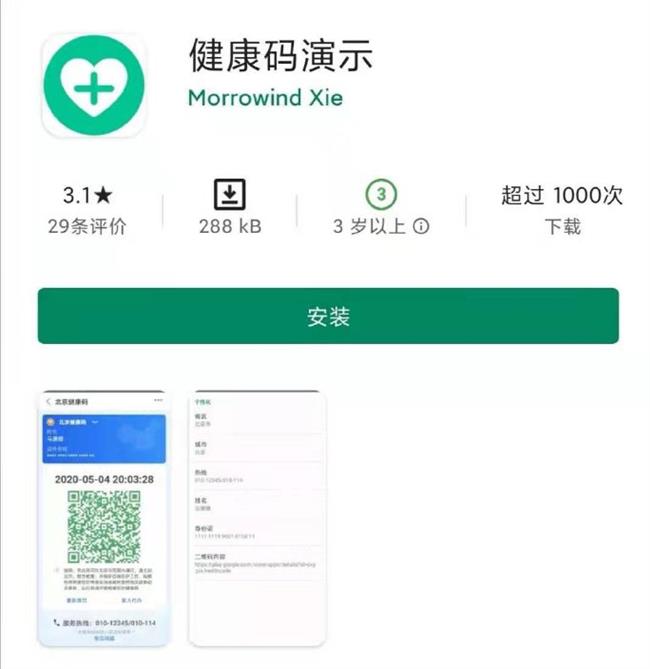 The app called “健康码演示” or “display of health codes” was discovered by a Netizen on Google Play.

Police are investigating an app that generates fake green health codes used to enter public venues based on a person's travel history and health information during the pandemic.

The app called “健康码演示” or “display of health codes” was discovered by a Netizen on Monday on Google Play, an app store for Android phones.

Its developer said the app generates green, yellow and red health codes from different regions, and users can customize various data, including names and places.

Although the app is supposed to be for display purposes only, it had been downloaded more than 1,000 times before it was pulled from the app store.

The developer is Morrowind Xie and the company is based in Hangzhou, Zhejiang Province.

An official with the Hangzhou market watchdog said the company's address might be fabricated because it couldn’t be located. Hangzhou police have started to probe the matter, Beijing Youth Daily reported.

Every region in China uses health codes, which are generated based on a person’s travel history, health information, and local COVID-19 conditions as a way to determine whether a person can enter public places.