Kenyiti Shindo, a Brazilian national studying in China, likens the red color to an embodiment of the enterprising and pioneering spirit in Chinese culture, as he strolls around the popular Han Street in Wuhan, central China's Hubei Province, donning a red knitted hat.

Once ravaged by the COVID-19 outbreak, the city of Wuhan has roared back to life and prosperity. "The Han Street is bustling with people as normalcy has been restored, that's how a city should look like," said the 27-year-old, basking in the wintry sunshine.

A native of Sao Paulo, Shindo came to Wuhan in 2013 to pursue his bachelor's degree in international relations at Hubei University after securing a scholarship from Confucius Institute at Sao Paulo State University. After completing his graduation, he is currently planning to pursue his master's degree in Wuhan.

"I developed an attachment to Chinese culture, especially Chinese history and calligraphy when I was a student at Confucius Institute seven years ago," said Shindo. Fascinated with the Chinese culture, he deems Wuhan as his second home.

China is developing so fast that young people can always find their interests and forge a career here, said Shindo, whose girlfriend Hu Yue is a Wuhan native and works as an English teacher. They met four years ago. 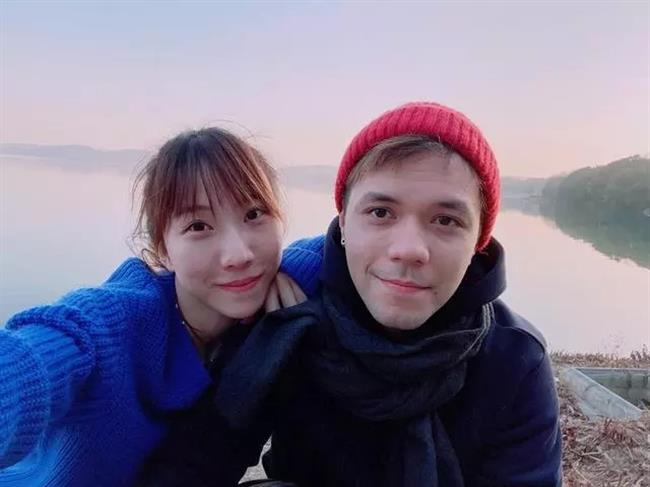 Kenyiti Shindo and his girlfriend

During the Chinese New Year holiday in 2020, the couple left for a vacation to travel around South Asia. Around the same time, the COVID-19 epidemic befell, wreaking havoc in Wuhan.

"We learned about the lockdown in Wuhan after arriving in Malaysia, and we were very shocked to hear the news," Shindo said, adding that the couple kept a tab on China's daily COVID-19 cases and continued to pray for everyone's safety.

To ensure their own health, Shindo and his girlfriend underwent medical tests and one week of quarantine in Malaysia.

"I read some media reports that constantly slandered China during the initial stages of the COVID-19 outbreak, but I was confident China would soon overcome the difficulties," Shindo said. Despite being stranded overseas, they were in touch with Hu's family in Wuhan and learned that the city was gradually regaining order.

They returned to Wuhan as soon as the city lifted its lockdown. "I would never forget the day when we arrived in the city. The train station was deserted, and just a few people were walking on the streets," Shindo recalled. "People in Wuhan looked tired but happy. It seemed like they had fought a tough battle and finally won."

"The unexpected epidemic outbreak came as a tough test for China but the country has proved its capabilities, which makes me love China even more," he said.

Hailing China's efforts, such as donating anti-epidemic supplies, producing vaccines and sharing epidemic prevention experiences with other countries, in the fight against coronavirus, Shindo said many of his Brazilian friends are eager to return to China and continue their studies.

"Brazil and China have always shared a close relationship. It is great to see China lending us a helping hand when Brazil is severely affected by the epidemic," he said.