Wang (王), Li (李), Zhang (张), Liu (刘) and Chen (陈) remained the top five common surnames in China in 2020, same as in 2019, according to the national name report released by the Ministry of Public Security yesterday.

People with these five surnames account for 30.8 percent of the total population registered in China. 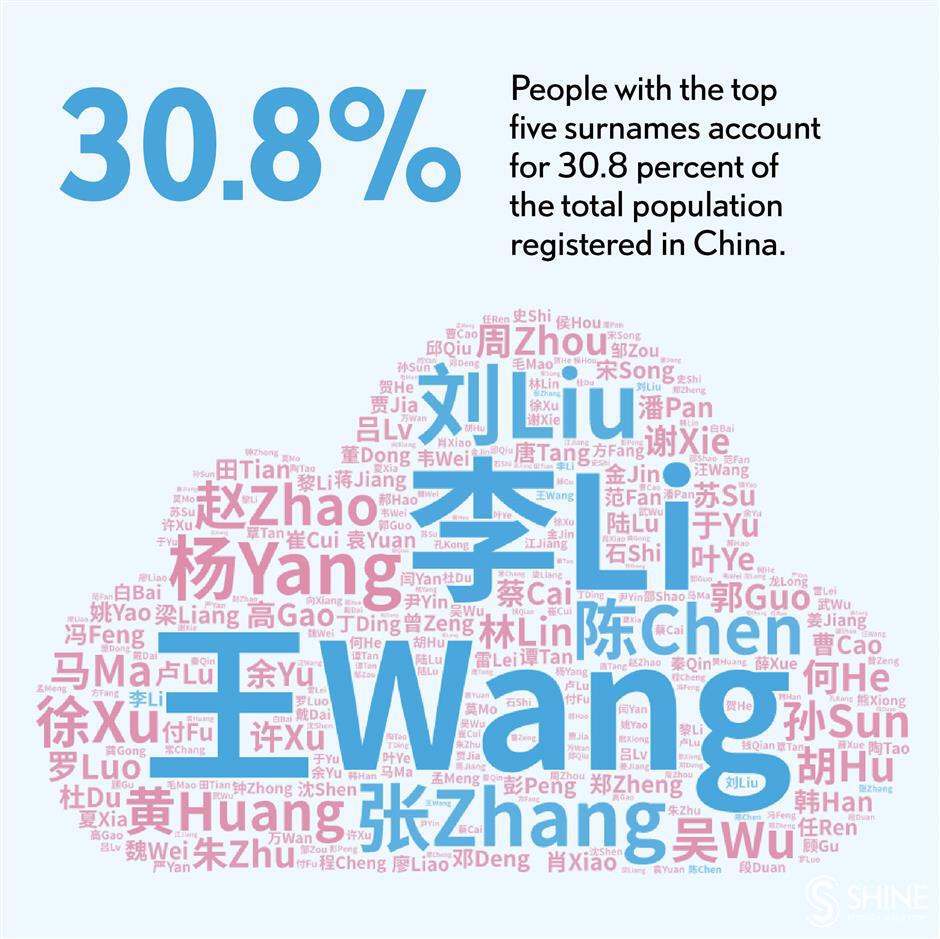 Most common surnames in China

More than 10 million babies born in 2020 saw their household information registered by the end of the year, according to the report, noting that newborn girls accounted for 47.3 percent. 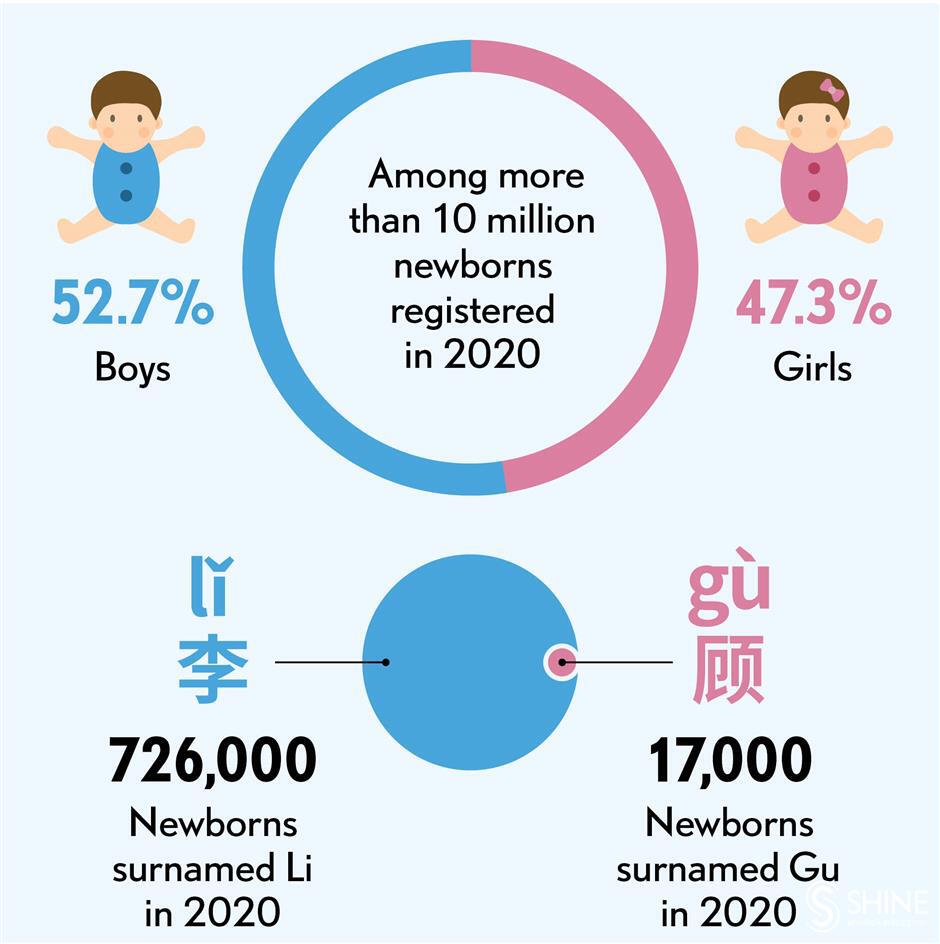 Although the common practice is for newborns to adopt the surnames of their fathers, more children have taken their mothers’ surnames since the country’s second child policy was implemented in 2016 — about one in twelve in 2020. 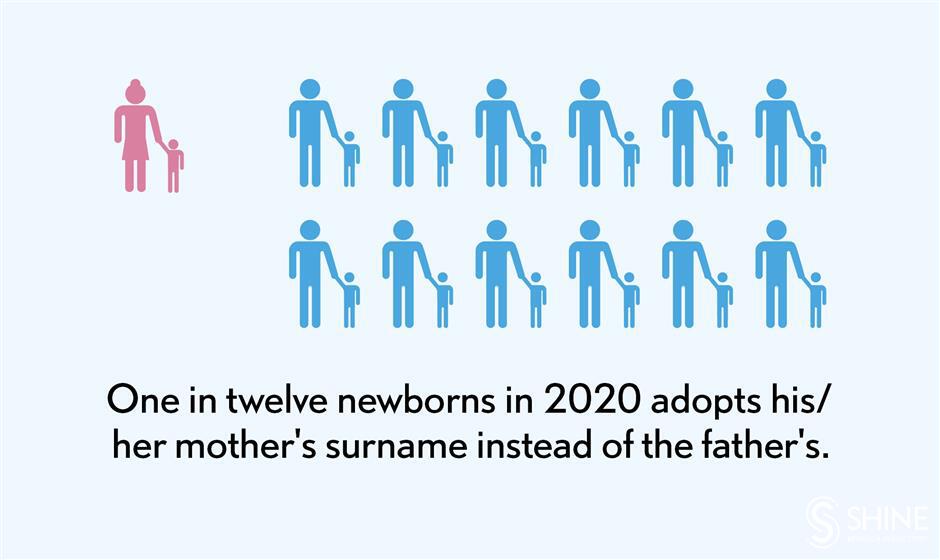 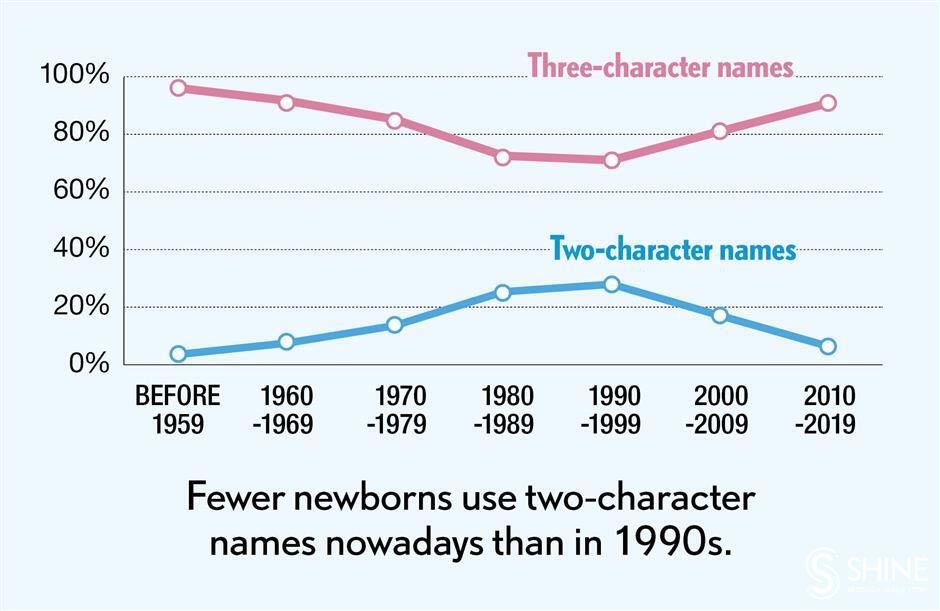 The Ministry of Public Security has made it possible for people to see how common various names are on its website.

China was one of the first countries in the world to adopt surnames, dating back more than 5,000 years. According to the dictionary of Chinese surnames, there have been more than  24,000 Chinese character surnames for people of all ethnic groups. Currently, more than 6,000 surnames are in use.