Thousands of Chinese Weibo users were surprised and amused by a post of an item sold on Amazon in the United States. Described as "1960s Chinese Traditional Fruit Basket" and sold for US$61, it’s actually an outdated portable potty and spittoon. 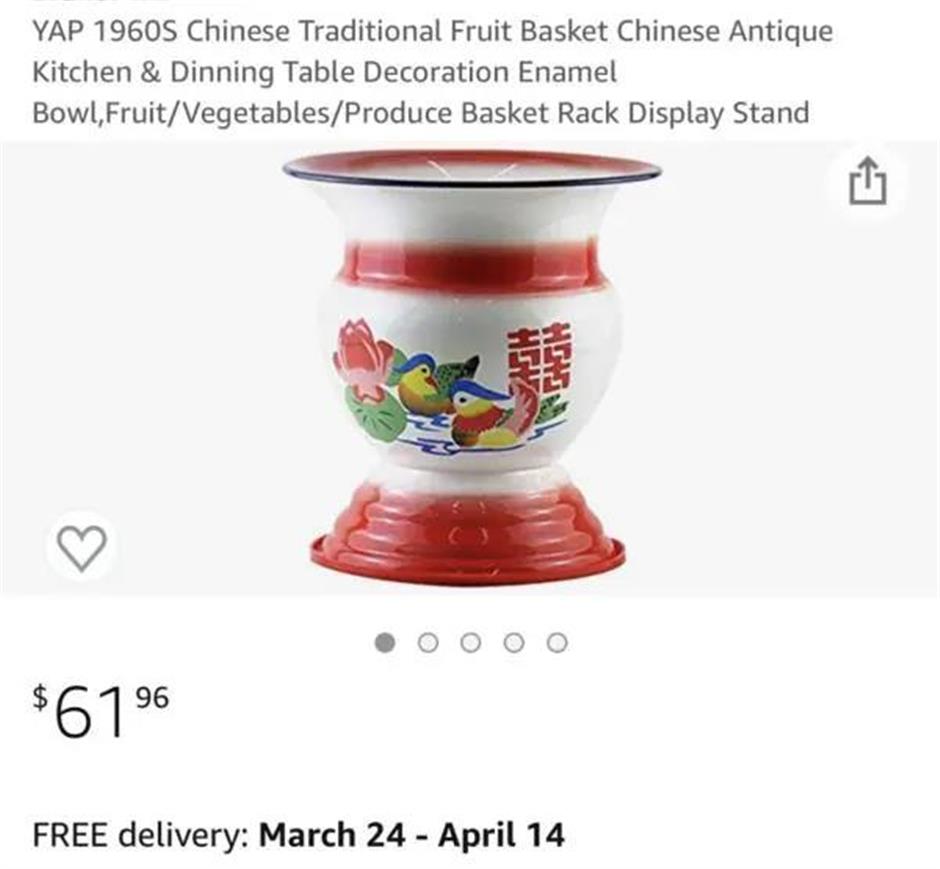 Advertised as an "Antique Art Fruit Basket not only suitable for fruits, it also doubles as an ice bucket to store champagne, red wine, or even a housewarming or wedding gift."

Description of the item and its "wide range of uses."

Hundreds of netizens left humorous comments, including one describing the incident as "cultural output." Some, however, were shocked by the price, as the same model can be found on Taobao for only 27 yuan (US$4.17) 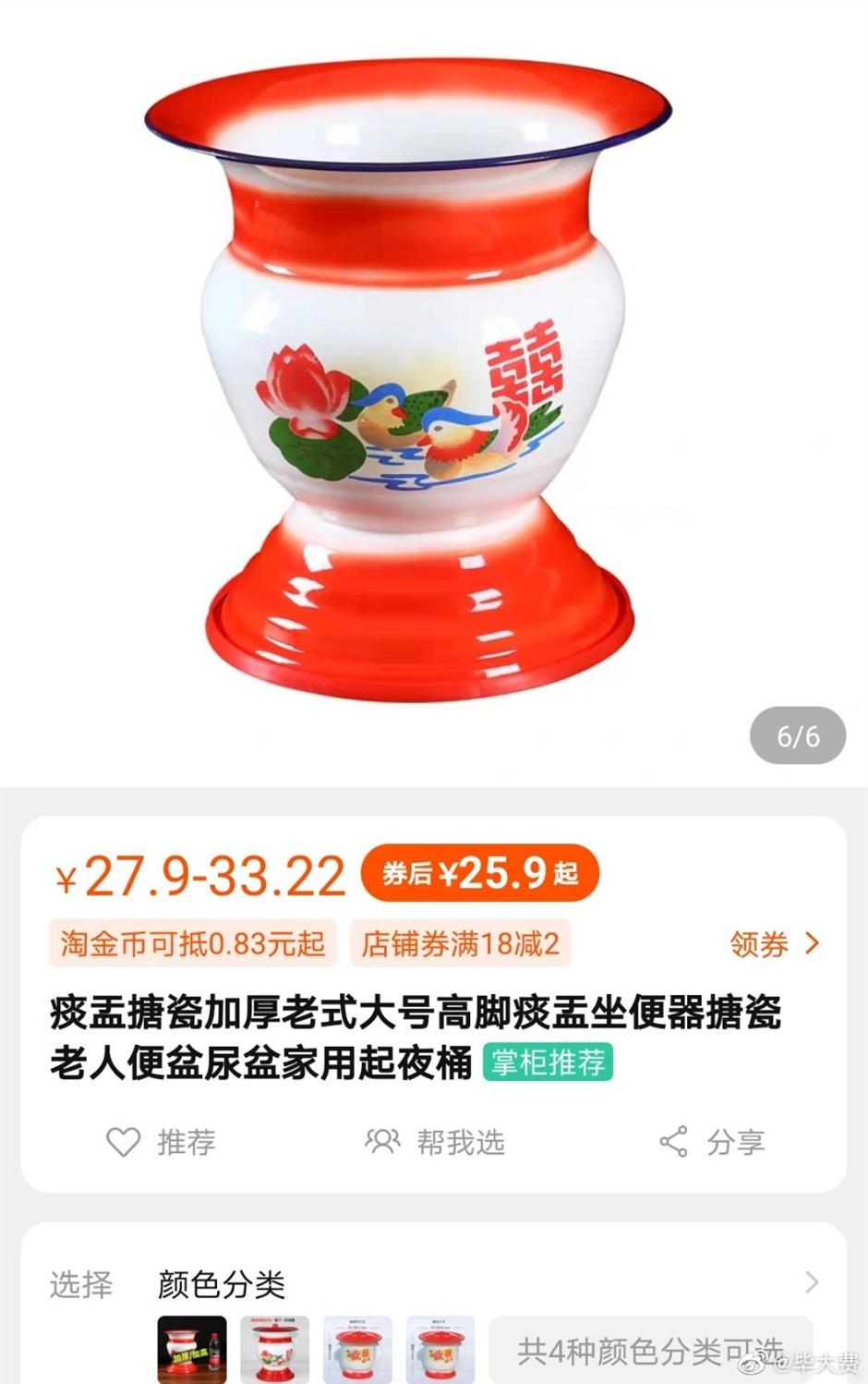 One identical item found on Taobao.

The topic quickly became trendy and attracted more than 50 million views. One comment pointed out that "almost every Chinese person 35 and older knows this is a typical portable potty, usually for children."