China’s first floating hotel has been suspended by authorities over illegal occupation of maritime space.

Located 500 meters off the coast of Dongshan Island in southeast China’s Fujian Province, Hi Sea Floating Hotel has attracted a robust following on social media for its unique design and unrivaled views. 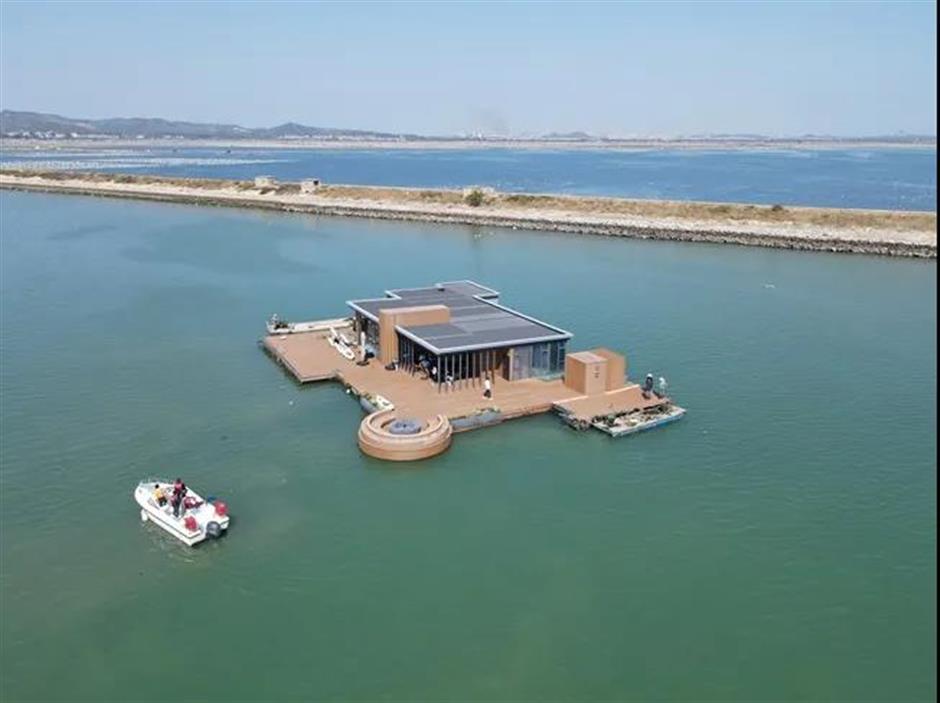 A video of a sunset view from the hotel.

The Maritime Safety Bureau in Zhangzhou began an investigation into the hotel’s illegal occupation of maritime space last November and ordered it to suspend operations, which the owner surnamed Lin ignored.

In 2018, Lin posted an article on the hotel's WeChat account saying he wanted to build a cabin on the sea to get away from crowds. 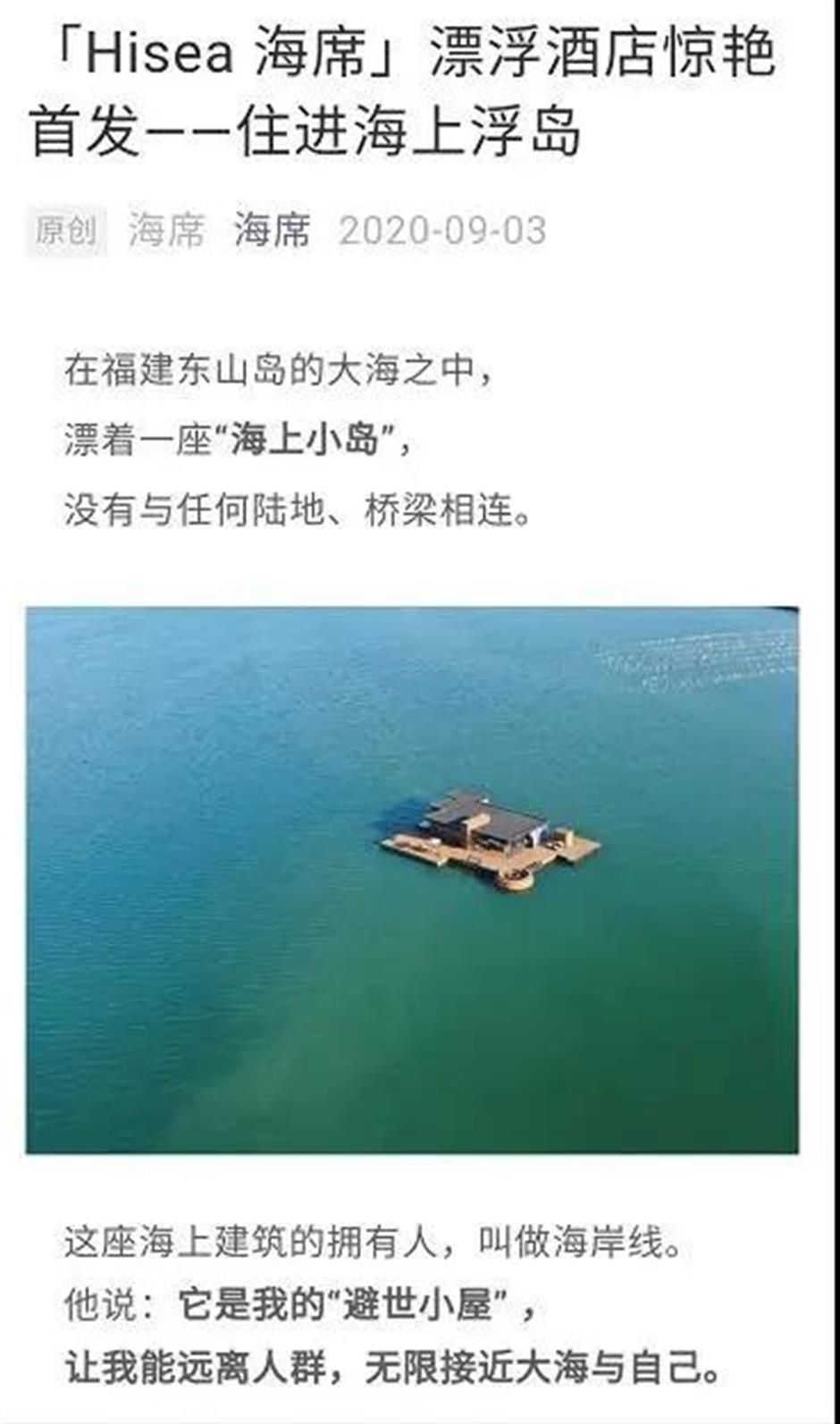 A post on the hotel's WeChat account saying the owner wanted to get away from crowds and stay close to himself and the sea.

The hotel has gone through several rounds of designs and construction updates to ensure it is strong enough to withstand tidal currents and even hurricanes. Construction was completed after 17 months, and the hotel was divided into three rooms that can accommodate up to 8 adults.

The Maritime Safety Bureau fined the owner 10,000 yuan and ordered him to restore the occupied sea space.

Lin is applying for legal approval to resume operations and hopes to reopen in March of 2022.