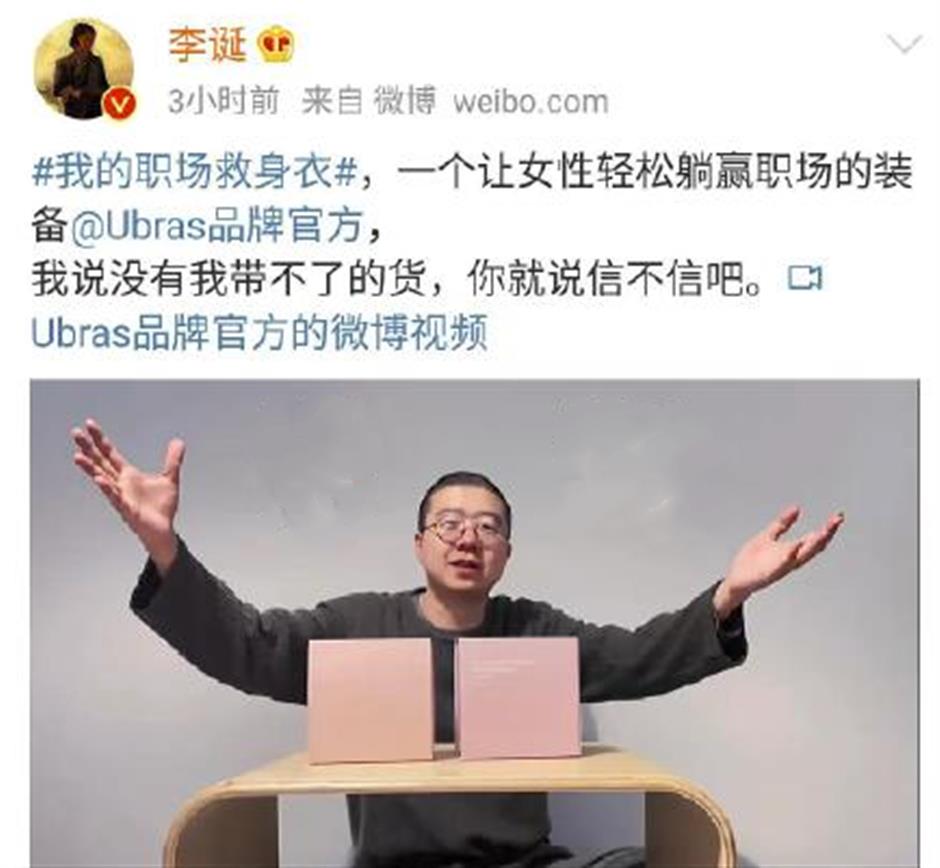 Li Dan’s problematic post stated that underwear could help women "lie to win in the workplace."

Chinese underwear brand Ubras and its brand ambassador Li Dan have apologized after a post by Li sparked fury online.

Li, a Chinese stand-up comic, posted an ad on his Weibo account on Wednesday with the hashtag "workplace life jacket," saying that underwear is "equipment that enables women to easily lie down to win in the workplace."

The post triggered outrage with many online comments saying it was discrimination against women.

"Who lie down to win? What do you want to imply? The promotion slogan is totally insulting women." was one comment.

The brand apologized the same evening, saying it was sorry for the discomfort caused due to improper content in the promotion. It said all relevant content had been removed. 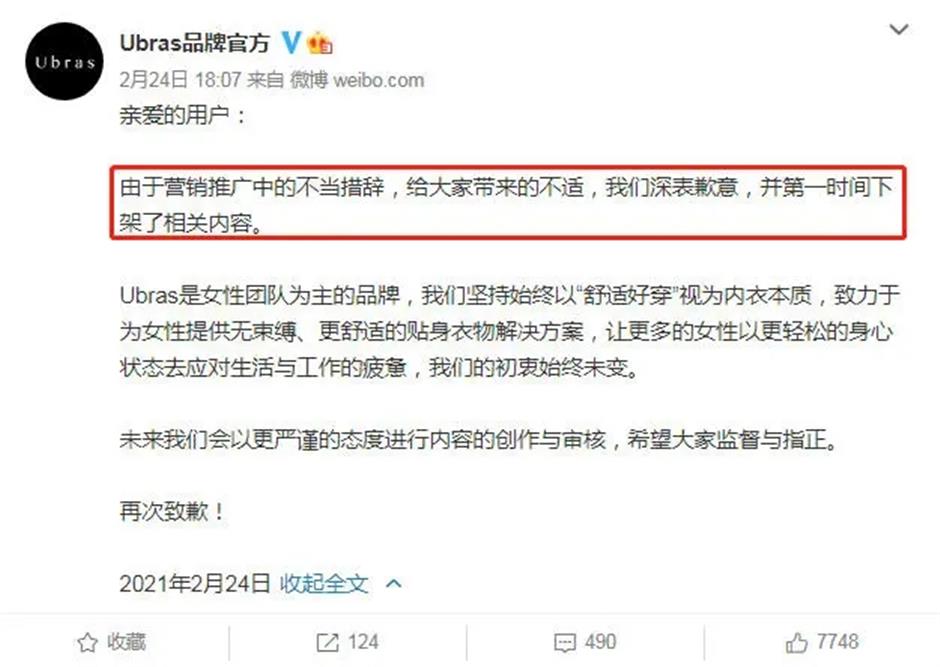 The brand's apology on Weibo.

"We will create and scrutinize advertising content in a more rigorous attitude in the future," the brand said.

Li, who has deleted his post, apologized on his Weibo account on Thursday, admitting that the promotion was improper.

Li said he always respected the position of women and that the controversy was his fault. "I will introspect myself, thanks for all your criticism," Li said in his apology.