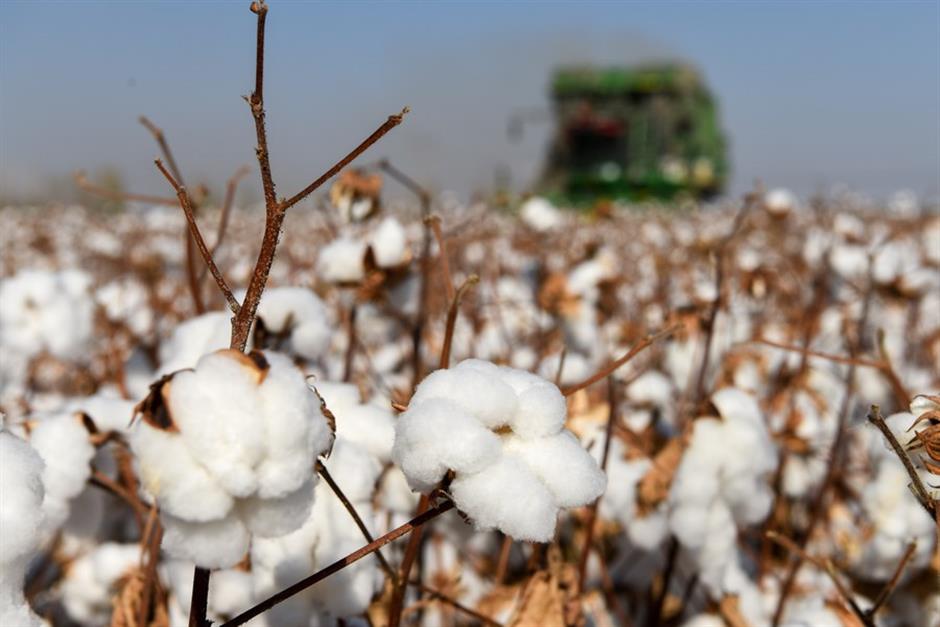 A Xinjiang official on Monday said that those attempting to sanction Xinjiang companies will only hurt themselves, and that enterprises like H&M should keep their eyes open and work to distinguish right from wrong.

In response to the Xinjiang cotton boycott, Xu Guixiang, spokesperson with the government of Xinjiang Uygur Autonomous Region, told a press briefing in Beijing that enterprises should not politicize economic behavior.

"Chinese people, including those in Xinjiang, have expressed their indignation over the sanctions on relevant individuals and entities in Xinjiang by external forces under the pretext of human rights issues," said Xu, adding that long gone are the days when Chinese people fell victim to hegemony and bullying of Western powers.