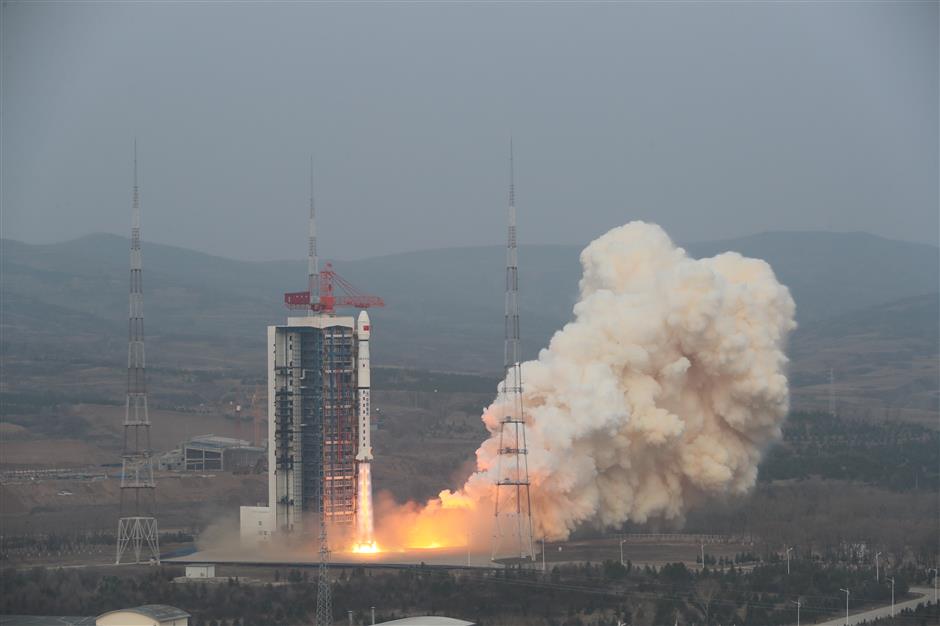 An experiment satellite lifts off from the Taiyuan Satellite Launch Center in north China's Shanxi Province on April 9, 2021.

The satellite, the third of the Shiyan-6 series, was launched by a Long March-4B carrier rocket at 7:01am (Beijing Time).

It will be used to carry out space environment survey and experiments on related technologies.

Friday's launch was the 365th by the Long March rocket series.