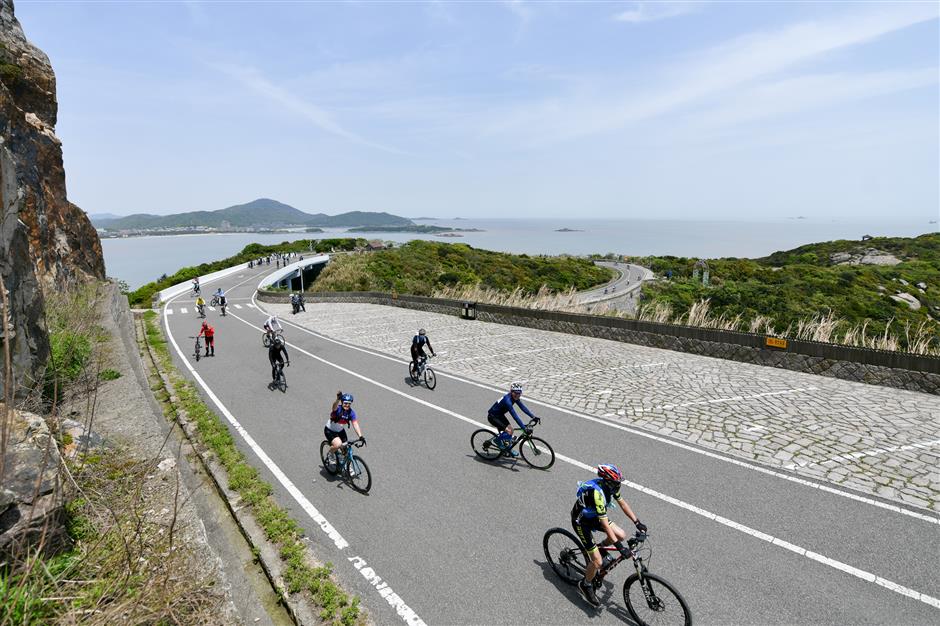 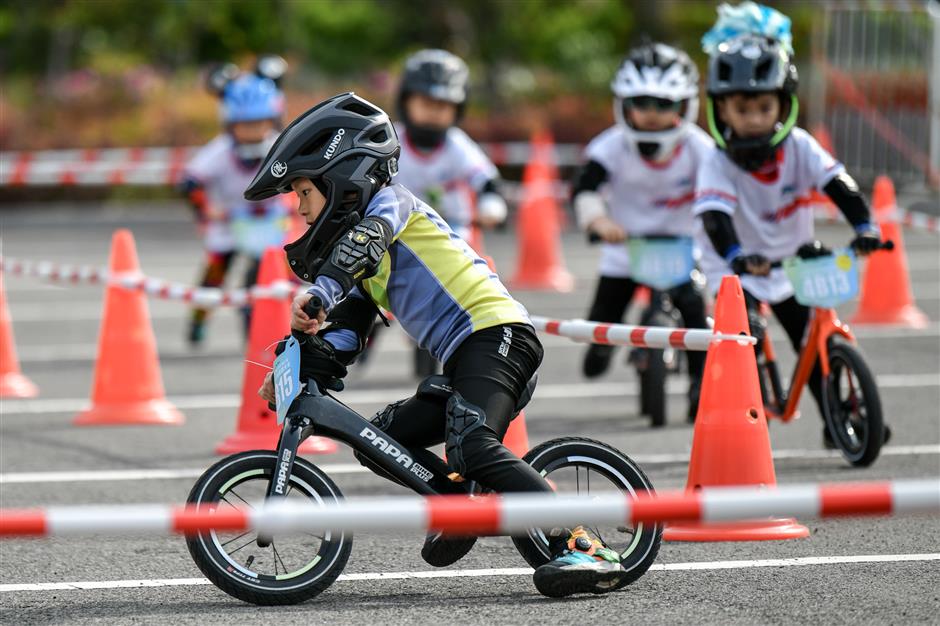 Children enjoy the fun of cycling during the race.

Authorities in the city of Zhoushan in neighboring Zhejiang Province have stepped up cooperation with tourism service providers in Shanghai by integrating tourism, sports and culture to lure tourists from the Yangtze River Delta region and promote a healthy lifestyle.

Two races with more than 3,000 cyclists took place in Zhoushan on Sunday to promote the charming landscape of the coastal city, sponsored by the city's government, the Zhoushan City Administration of Culture, Radio and Television, Tourism and Sports, and Shanghai Spring Tour, a Shanghai-based travel operator.

Bikehome, a Shanghai cycling club, was awarded the best organization, and buses shuttled cyclists between Shanghai and Zhoushan. 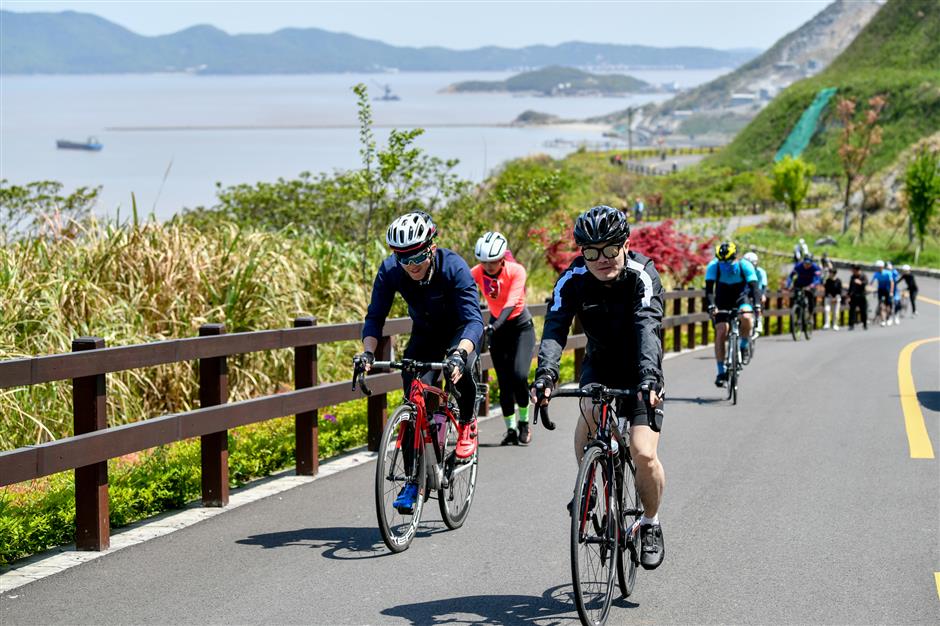 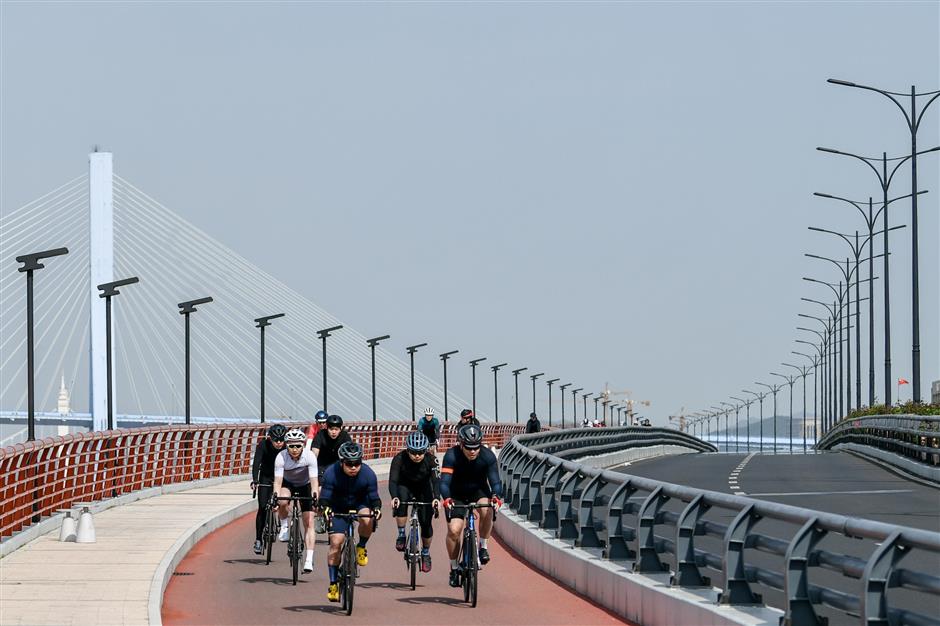 People cycle on the Zhujiajian Bridge.

Most of the cyclists were from eastern China, and some were expats living in the Yangtze River Delta region.

Shanghai Spring Tour said it will organize a number of cycling tours to  Taohua (Peach Blossom) and Daishan islands in Zhoushan later this year to promote the blending of sports and tourism. 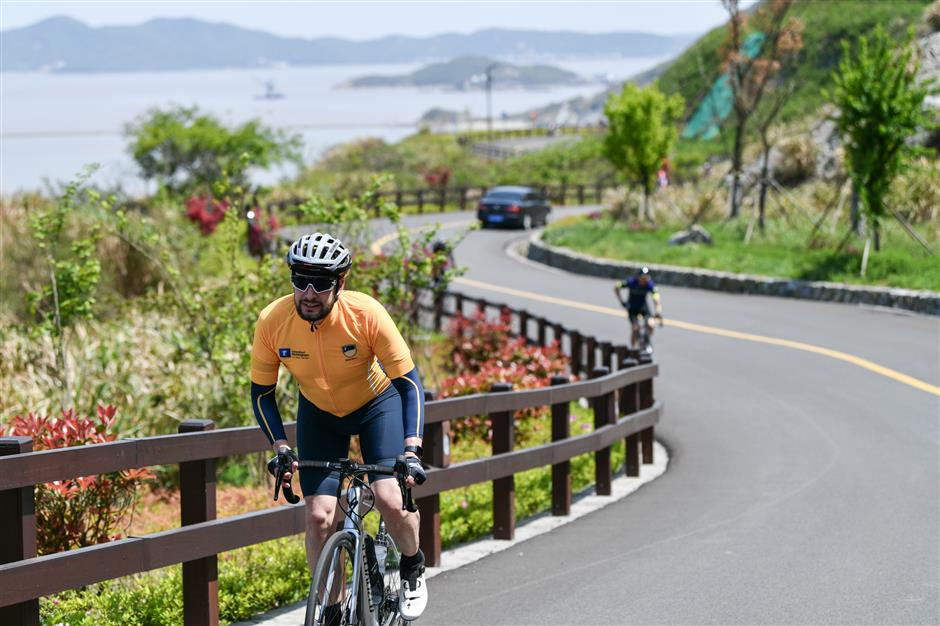 An expat cycles in Zhoushan. 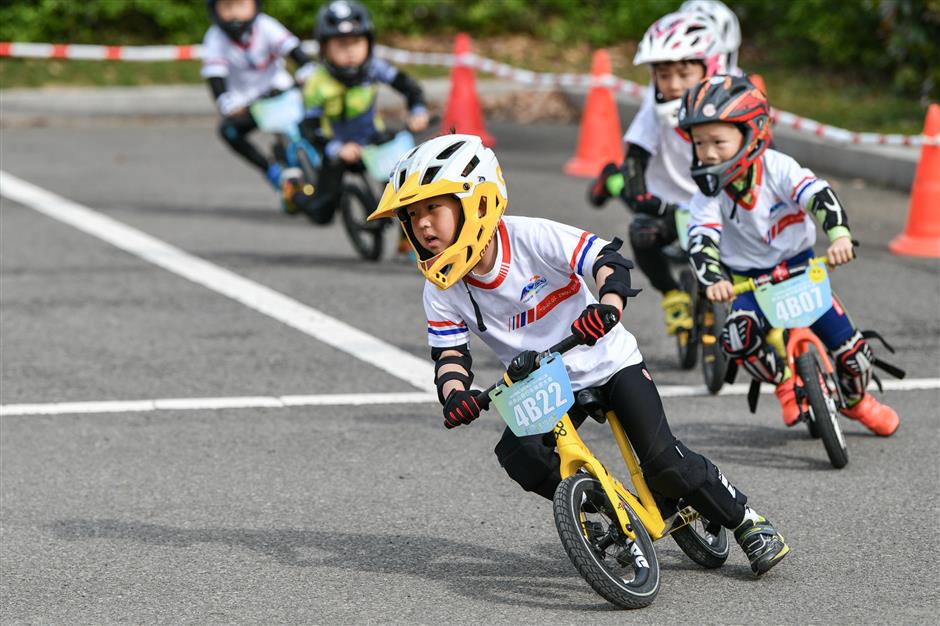 On Saturday, several hundred cyclists visited "red" culture venues such as the Opium War Memorial in Zhoushan, as this year marks the 100th anniversary of the founding of the Communist Party of China.

A bicycle race will be held around the same time next year, the Zhoushan City government said.

Zhoushan consists of almost 1,400 islands and offers more than 500 varieties of seafood.