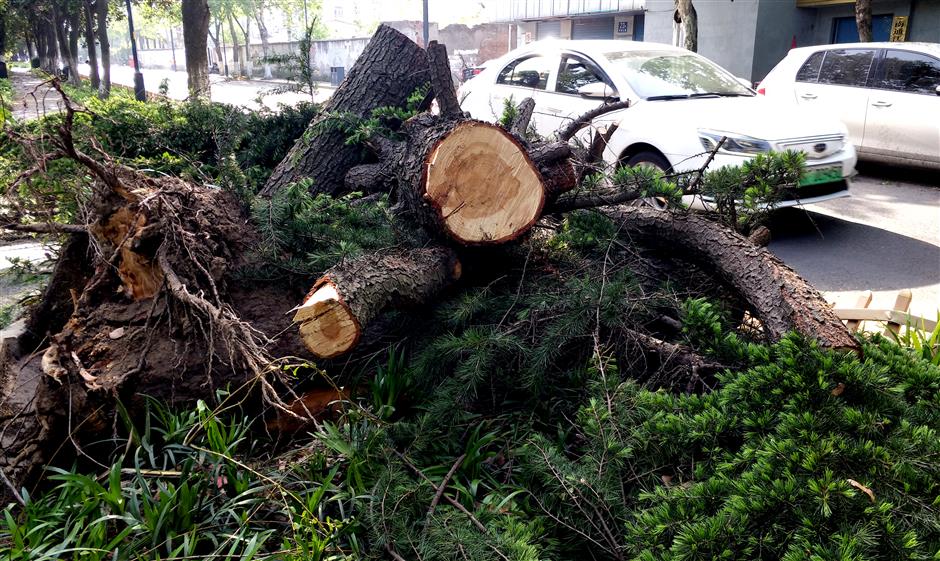 Trees were uprooted in the gale.

Trees were felled, power cut, and houses damaged as hail and gale-force winds with speeds up to 45.4 meters per second struck the city.

A fishing boat was overturned, throwing 11 sailors into the water. Two have been rescued but the others are still missing.

Some 3,050 people were relocated after their houses were affected. Local authorities are still trying to restore power in some areas.