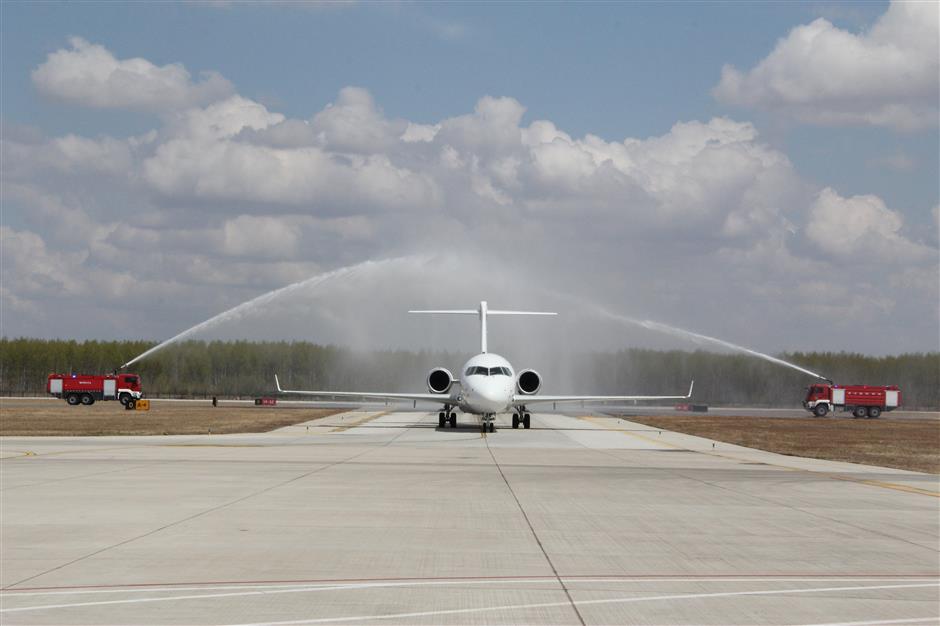 A "watergate ceremony" for the maiden flight of No. Hinggan ARJ21 on Saturday.

China’s ARJ21 regional jetliner made a commercial flight to Ulanhot on Saturday to mark the founding of China’s first autonomous government by an ethnic minority some 70 years ago.

China’s north Inner Mongolia Autonomous Region government was founded in Ulanhot in the Hinggan League (prefecture) on May 1, 1947.

The flight is operated by Genghis Khan Airlines, the second operator of the ARJ21. The carrier has launched a “red culture” flight to Ulanhot, inviting travelers to take the jet to learn about the history of the Communist Party of China.

The No. Hinggan ARJ21 features "red" decorations along with slogans and publications introducing the history of the prefecture. Flight attendants will interact with the passengers to promote the culture and history of the destination.

The aircraft aims to enhance education of the Party’s history and install a sense of pride among passengers. It is among a number of events to celebrate the 100th anniversary of the founding of the Party, according to the carrier.

The Hinggan League has many Red culture historic sites. Guided tours will take visitors to the Inner Mongolia National Memorial and the site of the May 1 Conference, the first congress of the autonomous region that ended the separation of Inner Mongolia for over three centuries.

The Inner Mongolian carrier plans to operate with a wholly domestically developed fleet. It took delivery of its first ARJ21 in Shanghai in February 2019. 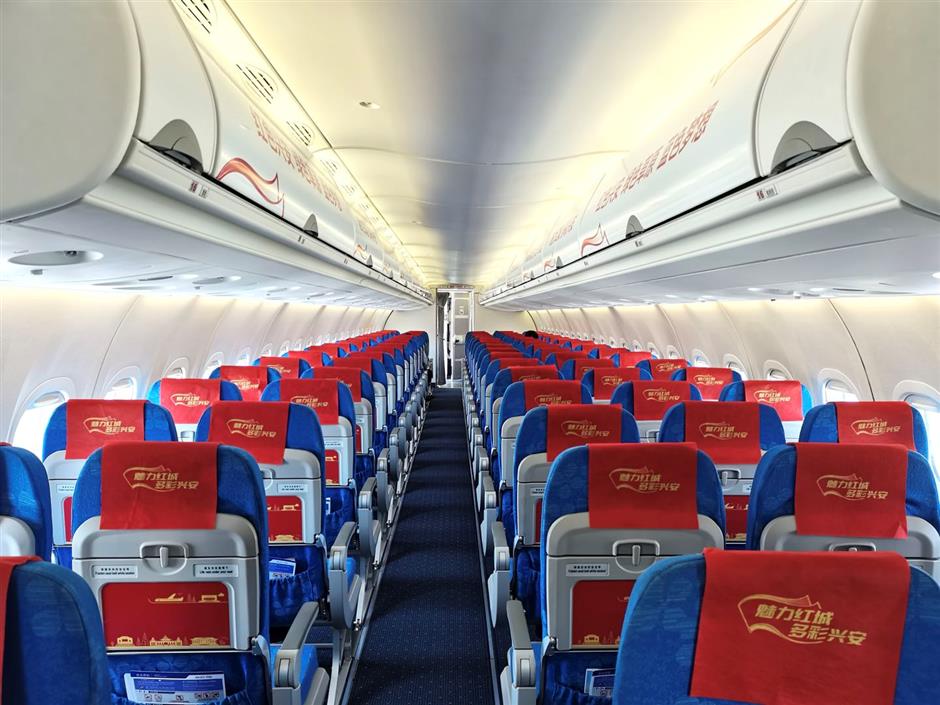 The inner decoration of the new ARJ21 with Genghis Khan Airlines.

The airline plans to purchase 25 ARJ21s in five years and will later receive the C919, China's first home-developed narrow-body jet.

The carrier has been operating flights to seven destinations within the region, including Hohhot, Xilinhot, Ulanhot and Hailar. Five ARJ21s have transported nearly 210,000 passengers.

It aims to open 60 flights within five years to improve transport within Inner Mongolia and explore the marketing and industrial development of the domestically developed jet.

The ARJ21 regional jet, with eight premier and 70 economy-class seats, is suitable for the high terrain of Inner Mongolia. A seven-hour highway drive within the region, for example, can be shortened to roughly an hour by air.

To date, the Commercial Aircraft Corporation of China, developer of the ARJ21 and C919, has received 670 orders for the ARJ21, and has delivered 46.

The ARJ21 is China's first turbofan regional passenger jetliner designed with a range of 3,700 kilometers. The ARJ21 was put into commercial service by Chengdu Airlines in June 2016 and is operated by seven domestic carriers, including Air China, China Eastern Airlines and China Southern Airlines. 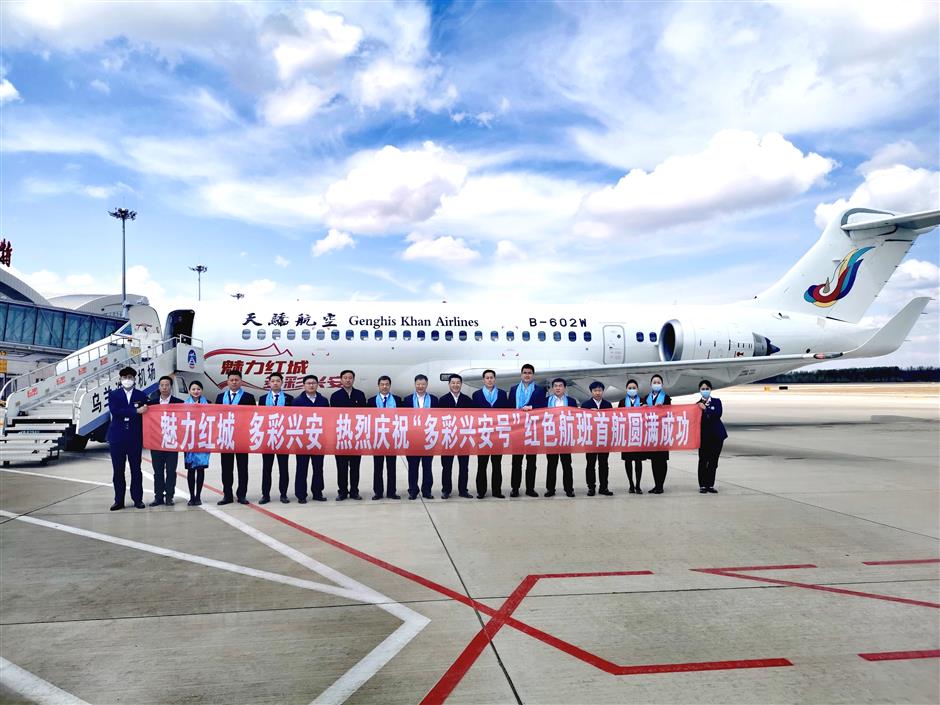 The No. Hinggan ARJ21 at Ulanhot airport on Saturday.