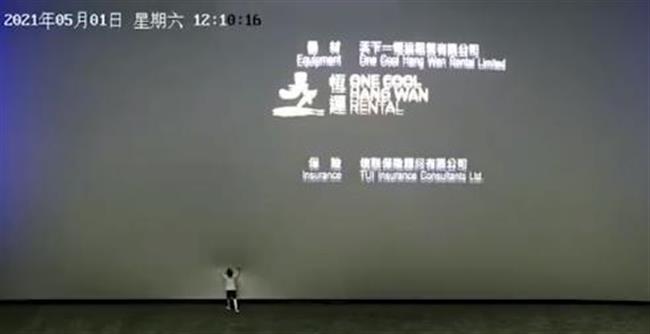 The boy is seen hitting and kicking the screen in a movie theater in Dongguan, Guangdong Province, on May 1, 2021.

Police have located the parents of a boy who hit and kicked a screen in a movie theater in Dongguan, Guangdong Province, on May 1.

Police are mediating between the movie theater and the parents in order to reach a compensation deal, Dongguan police said in an online statement on May 3.

In a video circulated online, the boy was seen hitting and kicking the screen at least five times after a movie ended, leaving cracks on the screen.

An employee of the movie theater said the boy damaged its largest and most expensive screen in a movie hall installed with the Dolby Atoms sound platform, and the entire screen needs to be replaced, Southern Metropolis Daily reported.

The employee declined to disclose the actual price of the screen.