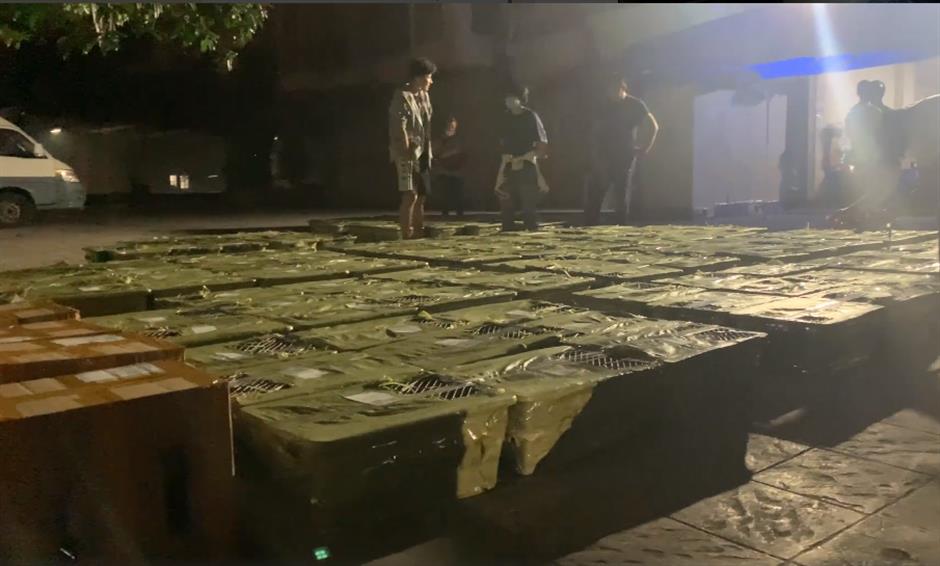 A screenshot from a short video posted on Weibo by the Chengdu Home of Love Animal Rescue Center shows the kittens and puppies in blind boxes before they were rescued on Monday.

A branch of ZTO Express in Chengdu, Sichuan Province, and a manager in charge of delivery safety were suspended for illegally transporting live pets, the company said in a statement yesterday.

More than 160 live kittens and puppies were rescued in Chengdu's Jinniu District on Monday by volunteers of the Chengdu Home of Love Animal Rescue Center while they were at the ZTO branch. The animals were set to be transported to customers who bought them online as pet “blind boxes.”

Four of the animals were dead while many others were in poor condition.

The names of the e-commercial platforms where people can buy the live-pet blind boxes are currently unknown.

A blind box, also known in Chinese as manghe, is a box filled with an unknown type of toy. Many people enjoy the excitement they feel when they open the blind boxes, which has made the concept increasingly popular.

Police and the local Animal Inspection and Quarantine Department have stepped in to check on the health of the animals. Those in poor condition will be treated and the healthy ones will be put up for adoption, according to the rescue center.