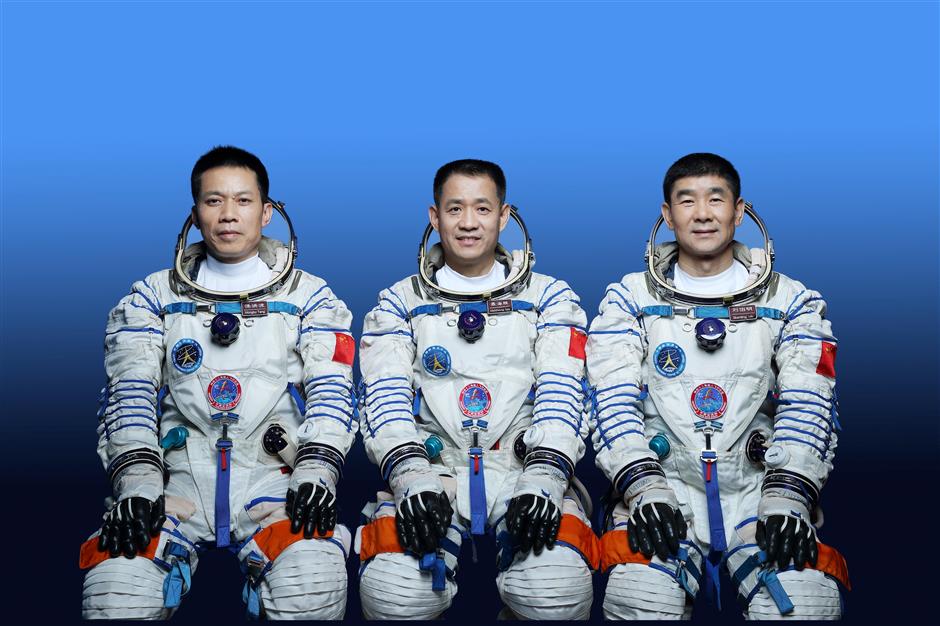 The Shenzhou-12 manned spaceship will be launched at 9:22am on Thursday (Beijing Time) from the Jiuquan Satellite Launch Center in northwest China, announced the China Manned Space Agency on Wednesday.

The spaceship will take three male astronauts – Nie Haisheng, Liu Boming and Tang Hongbo – into space for the construction of China's space station, said Ji Qiming, assistant to the director of the CMSA, at a press conference held at the launch center.

After entering orbit, the spaceship will conduct a fast automated rendezvous and docking with the in-orbit space station core module Tianhe, forming a complex with the core module and the cargo craft Tianzhou-2. The astronauts aboard Shenzhou-12 will be stationed in the core module and remain in orbit for three months.

The launch will be carried out with a Long March-2F carrier rocket, which will be filled with propellant on Wednesday morning, Ji said.

The three astronauts will carry out the Shenzhou-12 manned spaceflight mission, and Nie will be the commander, announced the China Manned Space Agency.

This will be the first manned mission during the construction of China's space station, and the crew will stay in orbit for three months, said Ji Qiming, director assistant of the CMSA.

It will be Liu's second spaceflight, as he once participated in the Shenzhou-7 mission in 2008, which featured a landmark spacewalk.

Tang will be a new comer to space. He became a member of the second batch of Chinese astronauts in 2010.

The technologies to be tested include those concerning the astronauts' long-term stay, recycling and life support system, supply of space materials, extravehicular activities and operations, as well as in-orbit maintenance, said Ji.