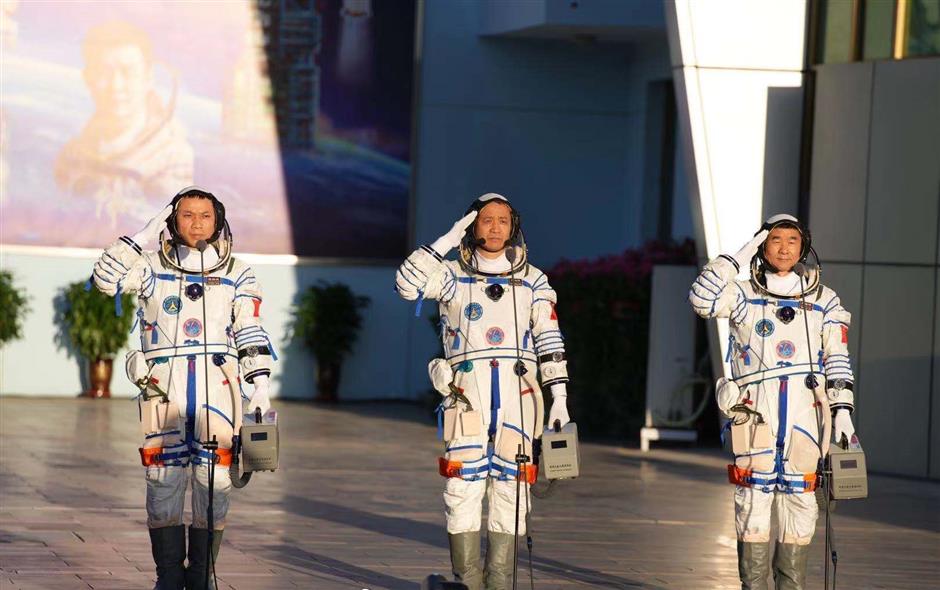 Astronauts (from left to right) Tang Hongbo, Nie Haisheng and Liu Boming salute as they set out for the manned space mission this morning.

A see-off ceremony for three Chinese astronauts of the Shenzhou-12 manned space mission was held in the morning of Thursday at the Wentiange square of Jiuquan Satellite Launch Center in northwest China.

At the command of Li Shangfu, commander-in-chief of China's manned space program, astronauts Nie Haisheng, Liu Boming and Tang Hongbo set out at 6:32am, to be the first Chinese astronauts to live and work in the country's space station currently under construction.

The Shenzhou-12 spaceship is expected to be launched at 9:22am on Thursday (Beijing Time) and the crew will stay in orbit for three months for the construction of China's space station. 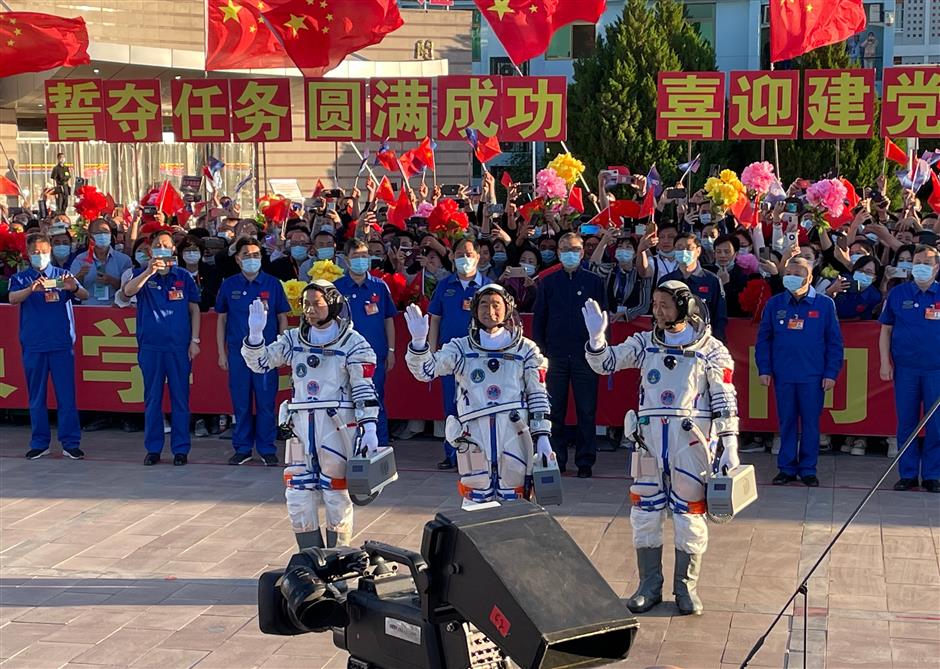 Astronauts (from left to right) Tang Hongbo, Liu Boming and Nie Haisheng wave to the crowds. 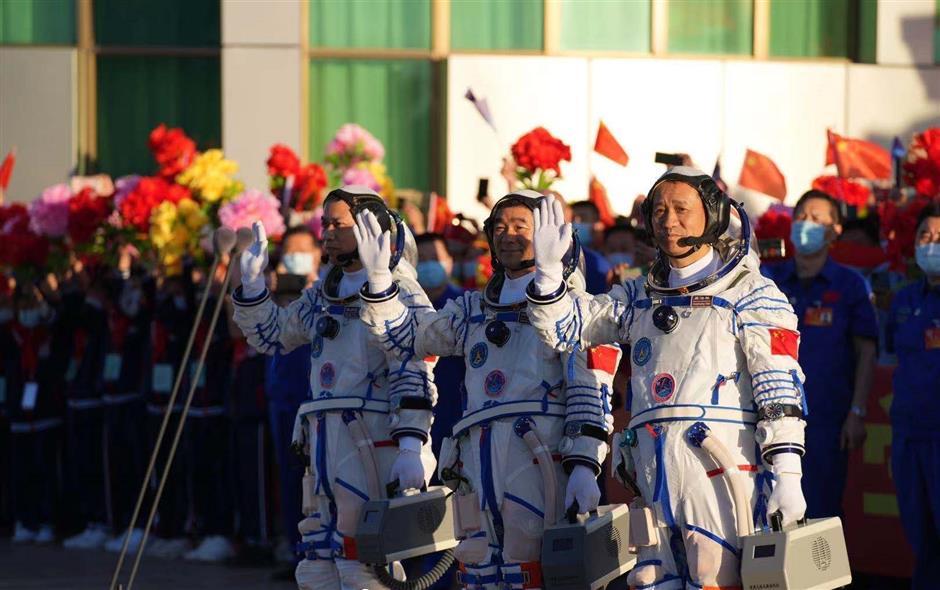