Xu was a master of translating ancient Chinese poems into English and French, and the first Asian winner of the world's most prestigious translation award, the Aurora Borealis Prize, which he received in 2014.

Xu translated Chinese classic literature such as "The Book of Songs" (诗经) and "Elegies of the South" (楚辞), as well as Western novels including "Le Rouge et le Noir."

Xu was awarded the Lifetime Achievement in Translation honor by the Translators Association of China in 2010. 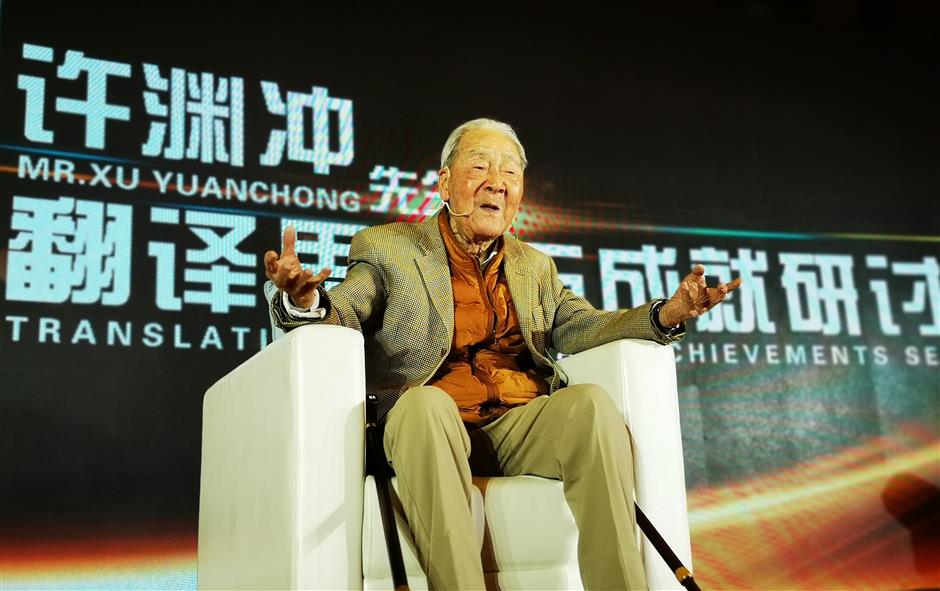 Translator Xu Yuanchong speaks at a forum commemorating his achievements at Peking University in Beijing on April 18, 2021.