Dozens of "foreign friends" of China met in Yan'an on Saturday for a forum discussing the legacy of American reporter Edgar Snow and his wife Helen Foster Snow.

Located in Shaanxi Province and about 370 kilometers from provincial capital Xi'an, Yan'an is often described as the revolutionary capital of China after communist Party leaders set up their base there in 1934.

It is also where American reporter Edgar Snow met Chairman Mao Zedong and lived there for about three months in 1936, culminating in the book Red Star Over China, which introduced the world to previously unheard of details about the revolution, the Communist Party of China, and Mao himself.

Since then Edgar Snow and his wife Helen Foster Snow, a fellow journalist and author, have been held in high regard in China, and their work is viewed as an example of cooperation between China and "foreign friends" of the country. 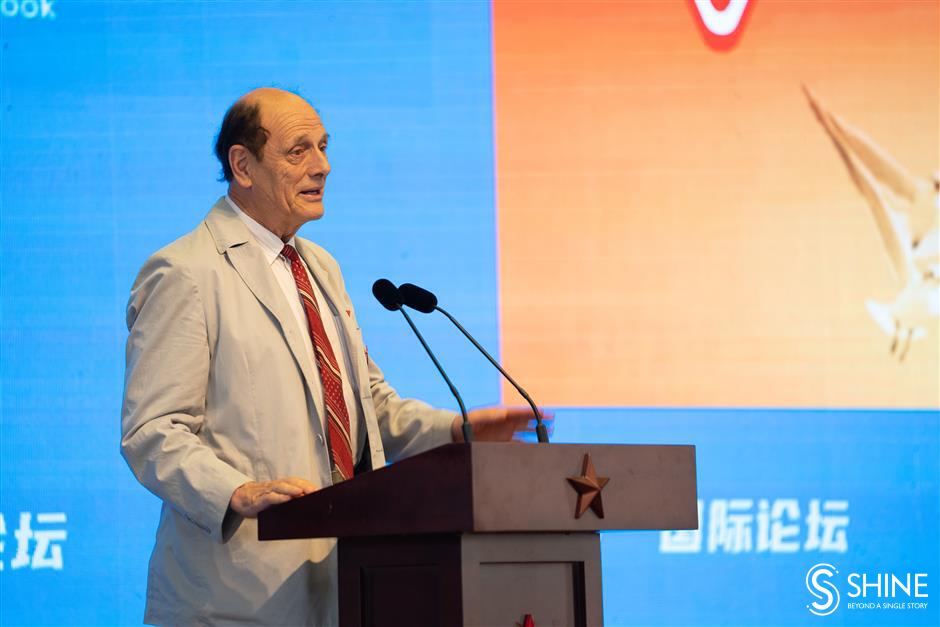 Michael Crook, an Englishman who was born in China and is now Chairman of the Gung Ho movement, delivers a speech at the forum on Saturday.

Many of those foreign friends and their representatives, old and new, met in Yan'an for the International Forum on the Legacy of the Snows in the New Era.

Eric Foster, Helen Foster Snow's nephew, told the forum about the stories his mother often told him as a child about his "famous aunty Helen," which led to China holding a special place in his heart.

"Ever since I was a little boy, I wanted to come to China and shake Chairman Mao's hand," he told Shanghai Daily.

Foster now lives in Beijing and has written a book called 'The Snows: Friends of China' which is set to be released this year.

Michael Crook, an Englishman who was born in China and is now Chairman of the Gung Ho movement – started by Edgar Snow, New Zealander Rewi Alley and internationalists during the Japanese occupation in order to keep industry running – was also a special guest at the forum.

"Although Gung Ho was a product of the war against Japanese aggression, it is still relevant in today's China," he told Shanghai Daily. "On the birthday of Rewi Alley, the pioneer of Gung Ho, General Secretary Xi Jinping wrote a letter calling on us to create a new chapter of international friendship." 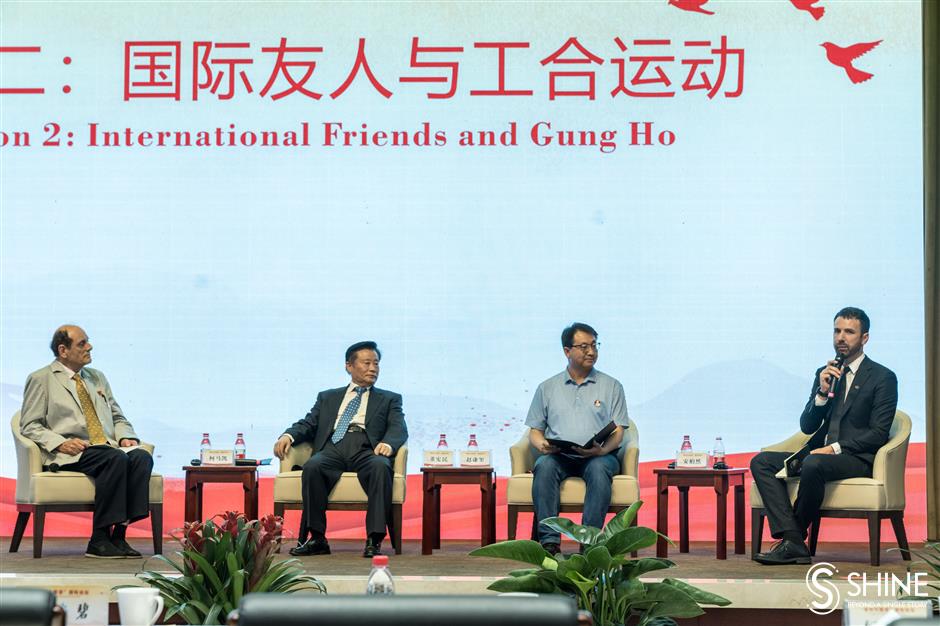 Andy Boreham (right) speaks during the section International Friends and Gung Ho at the forum on Saturday.

Andy Boreham, Shanghai Daily's columnist and filmmaker from New Zealand, was also invited to speak at the event, and urged attendees to remember the work of foreign journalists and writers like Edgar Snow, Israel Epstein and Rewi Alley, who were successful in "telling the world real Chinese stories about real Chinese people," which he said is key to China-international relations and understanding. "I hope to continue their legacy through my work," he added.

The forum was hosted by the Chinese People's Association for Friendship with Foreign Countries and the Shaanxi Provincial Government.

Lin Songtian, president of the association, said he was grateful for the work of the Snows and others like them.

"They introduced China to the world in a comprehensive, real and three-dimensional way," he said, and urged reporters to learn from the Snows and tell Chinese stories to the world in a language they can understand, feel and remember.

Journalists and 'foreign friends' of China check out a spinning wheel and other tools used by the Red Army soldiers at the revolutionary capital of Yan'an, Shaanxi Province, when the Communist Party of China set up their bases there in the 1930s, on Saturday.