Recycling his way to artistic prominence 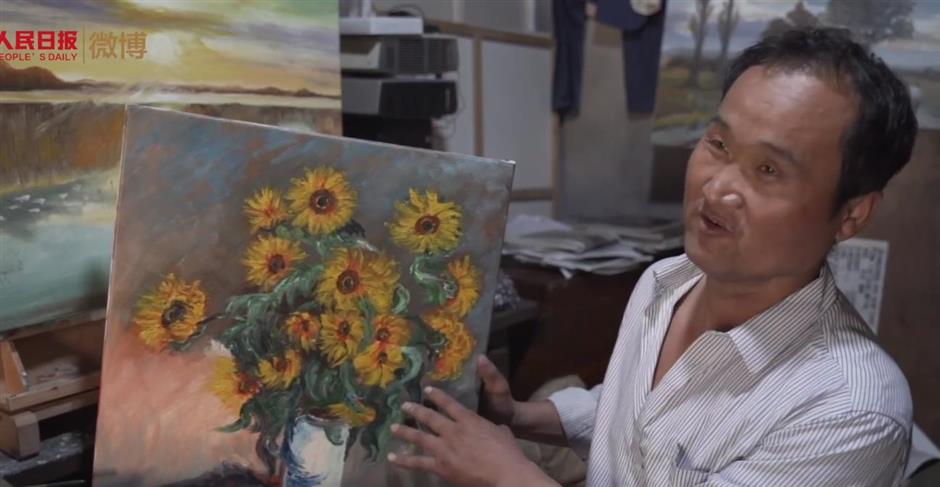 Wei Guangming shows off one of his works.

Wei Guangming lives a double life. By day, he is a garbage man, but by night he is a popular self-taught oil painter whose work is featured on online artwork trading platforms.

There's a sharp contrast between a sanitation worker who collects cardboard boxes and recycles them, and a painter who practices his techniques by enthusiastically copying masterpieces and has skyrocketed to fame on Douyin, the Chinese version of TikTok, with torrents of orders for his paintings.

The 48-year-old has lived in Shaoxing, Zhejiang Province, since 2002. He never received any form of formal art training, but has liked painting since his childhood, local newspaper Qianjiang Evening News reported. 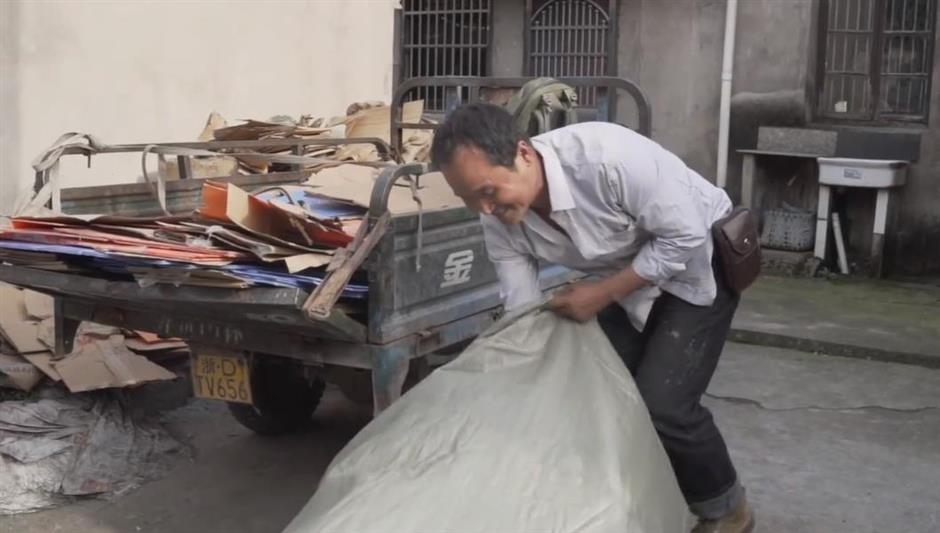 Wei collects cardboard boxes and recycles them during the day.

Most of his paintings are impressionist works. He sold his first painting at an online artwork trading platform for 200 yuan (US$31.7) in 2016. Excited about the first successful sale, he posted the transaction on Douyin, attracting a large number of followers and more orders.

Wei accepts 25-30 orders each month, the most he can handle while still being able to maintain quality.

"Painting is not a computer inkjet. You have to paint each stroke carefully. If I take too many orders, I can't guarantee the quality," he told Qianjiang Evening News.

He said he won't give up his day job, as it provides financial stability so he can focus on painting in his spare time.

Wei earns around 4,000-5,000 yuan collecting garbage and another 6,000-7,000 yuan selling paintings each month. Being extremely frugal with his needs, he spends only a few hundred yuan each month on daily expenses and sends the rest back to his home in Anhui Province.

Although he has become famous, he is perfectly clear that he is only an amateur.

"My long-term goal is to create instead of copying and become a professional painter," he said.