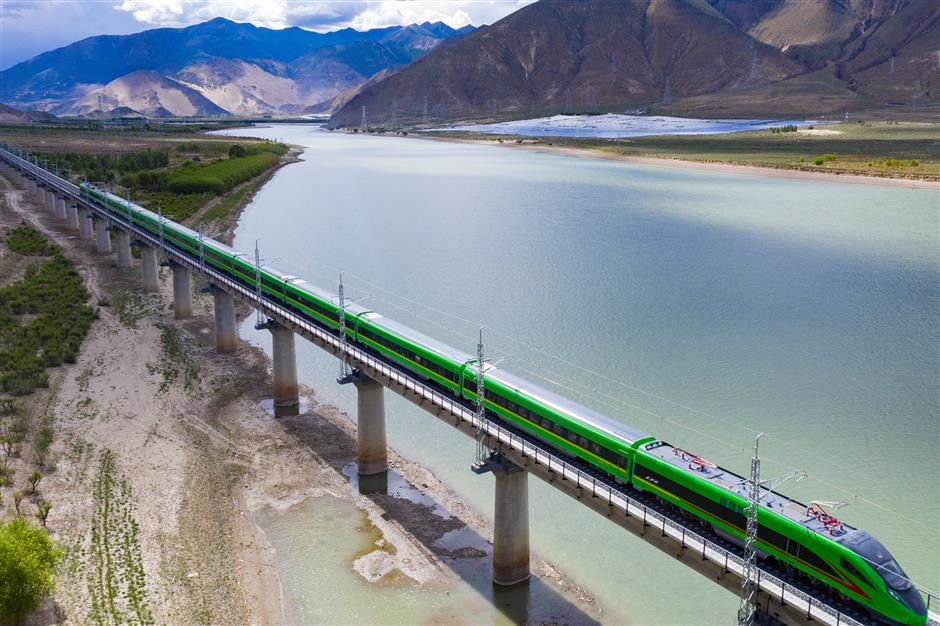 Fuxing bullet train runs along the Yarlung Zangbo River in Tibet Autonomous Region in a test operation on June 14, 2021.

With a length of 435 km and a designed speed of 160 km per hour, the new railway is a single-line electrified railway. There are currently nine stations in the cities of Lhasa, Shannan and Nyingchi that can handle passenger and freight transportation.

The newly opened Lhasa-Nyingchi railway has provided southeast Tibet with access to railway services for the first time in history.

It is the first time that Fuxing bullet trains, which were independently developed by China, are transporting passengers in Tibet. The Fuxing bullet train series have been operating in all provincial-level regions of the Chinese mainland.

The Fuxing trains in service now have a speed range of 160 km to 350 km per hour, a notable feat in China's railway technological innovation.

The construction of the railway began in March 2015. More than 130,000 workers have been laboring in the mountains to build the railway, 90 percent of which is more than 3,000 meters above the sea level.

The rail line passes through 47 tunnels and 121 bridges, and crosses the Yarlung Zangbo River 16 times. Tunnels and bridges account for approximately 75 percent of the total length of the railway, which meant challenges for construction workers and provided valuable experience for the construction of railways on plateaus.

The railway's annual freight transport capacity of 10 million tons provides strong support for the flow of goods, which will promote economic development and improve people's lives. 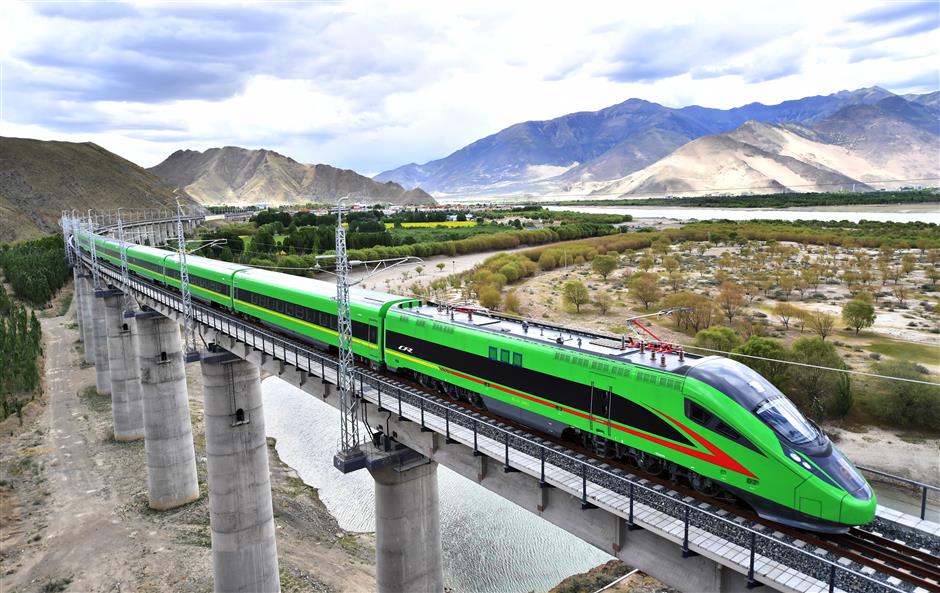 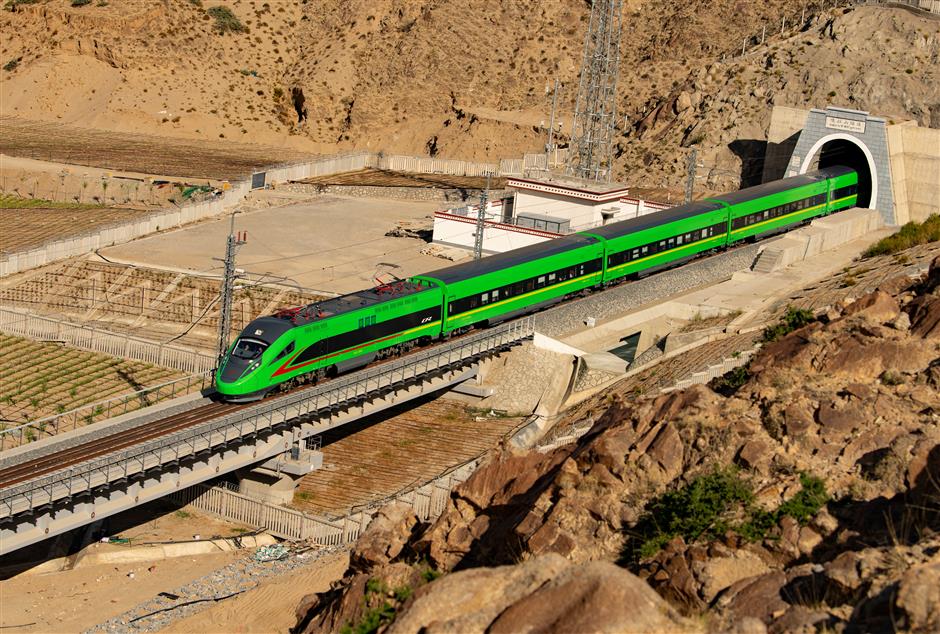