One year on, China's resort island prospers with duty-free consumption 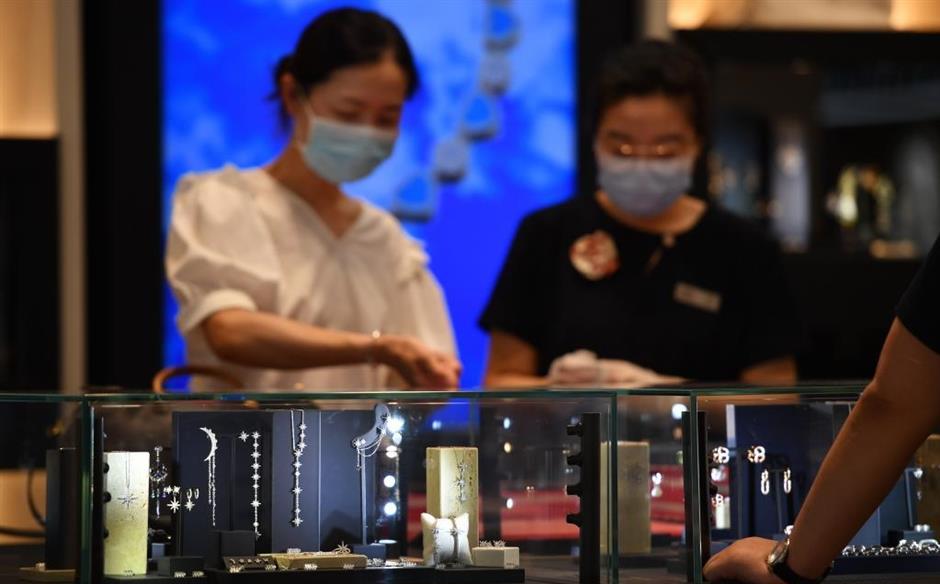 South China's island province of Hainan has seen exponential growth in duty-free sales a year after a new policy was implemented.

Duty-free shops in Hainan received more than 6.2 million customers, and sold over 60 million duty-free items, up 102 percent and 211 percent year on year, respectively.

Since July 1, 2020, Hainan has raised its annual tax-free shopping quota from 30,000 yuan to 100,000 yuan per person. The previous tax-free limit of 8,000 yuan for a single product has been lifted, and the duty-free purchase limit for cosmetics has also been raised from 12 items to 30.

Meanwhile, the categories of duty-free goods have been expanded from 38 to 45, with the addition of electronic products such as mobile phones and laptops.

As part of the core policies of the construction of Hainan Free Trade Port (FTP), the new policy in duty-free shopping has made Chinese consumers more willing to spend than ever before. The dividends of the duty-free policy were also further realized over the past year with the opening of five more duty-free shops.

Qin Lin, a tourist from south China's Guangxi Zhuang Autonomous Region, was buying cosmetics at a duty-free shop in downtown Haikou, the capital of Hainan. It was her first visit to Hainan and duty-free shopping was an important part of her itinerary.

"With the duty-free shopping quota raised significantly, we can buy more kinds of stuff," said Qin, noting that with overseas travel hindered by the epidemic, Hainan offers consumers a convenient alternative for duty-free shopping.

Located in Haitang Bay, Sanya, a tourist resort in Hainan, Sanya International Duty Free City is the world's largest single duty-free shop, with an area of 120,000 square meters. Home to more than 350 international luxury brands, it has become a popular attraction for tourists.

Gao Xujiang, deputy general manager of the China Duty Free Group (CDF), which operates the shop in Sanya, said despite the epidemic in 2020, the shop has become the top single commercial complex in duty-free sales in China and the world. The CDF has also become the largest duty-free retailer in the world, according to Gao.

Haikou International Duty Free City, a world-class tourism and shopping complex being built by the CDF, is expected to open in June next year.

As fine-tuned favorable policies continue to draw more consumers, the island's offshore duty-free sales are likely to exceed 60 billion yuan in 2021, quadrupling from 2019, said Shen Xiaoming, Party chief of Hainan, at a press conference in April.

A report jointly released in May by KPMG China and the Moodie Davitt Report said the enhanced shopping policy in July 2020 gave tremendous impetus to brands in the channel as other duty-free markets fell into a deep pandemic-driven slump.

The report predicted that the Hainan free trade port will likely become the world's biggest duty-free market in the near term if it continues on its current growth curve.

China released a master plan last June to build the island province into a globally influential and high-level free trade port by the middle of the century.

The plan also aimed at Hainan striving to build itself into an international tourism and consumption destination. Duty-free shopping has already become one of the core competitive features of Hainan's tourism consumption.

The new policy has significantly boosted duty-free consumption in Hainan, and won back a great deal of overseas consumption, which will help promote the construction of Hainan as a major attraction in international tourism, said Liu Feng, director of the Research Center for Free Trade Port with Chinese Characteristics of Hainan Normal University.