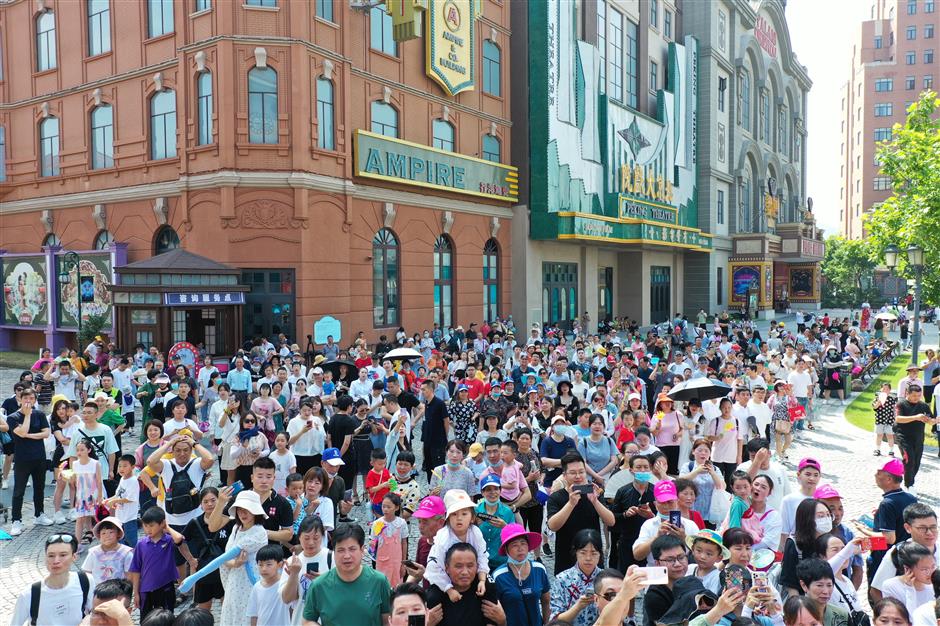 The number of film and drama crews in Hengdian World Studios, China's largest movie production base, has increased significantly of late as the COVID-19 pandemic is largely under control in China, China Central Television reported on Monday.

In the first half of this year, 210 crews filmed in Hengdian, dubbed China's Hollywood, a year-on-year growth of 93.48 percent. There are still 51 crews on set and 59 in preparation. As shooting sites are limited, film and drama crews are trying to catch up with the schedule, CCTV reported.

"Business in the first half of this year was very good, and the second half is expected to be even better," a person in charge of a warehouse in Hengdian  told CCTV.

The booming number of crews in Hengdian has raised the demand for figurants, divided into extras, front-view actors, special actors and others. To date, more than 100,000 figurants have registered in the Hengdian Actors' Union, over 8,000 of whom are long-term figurants.

"Acting is a small dream of mine," said Li Nan, who used to be a chef and is now a special actor in Hengdian.