12 people including 9 Chinese killed in blast in NW Pakistan 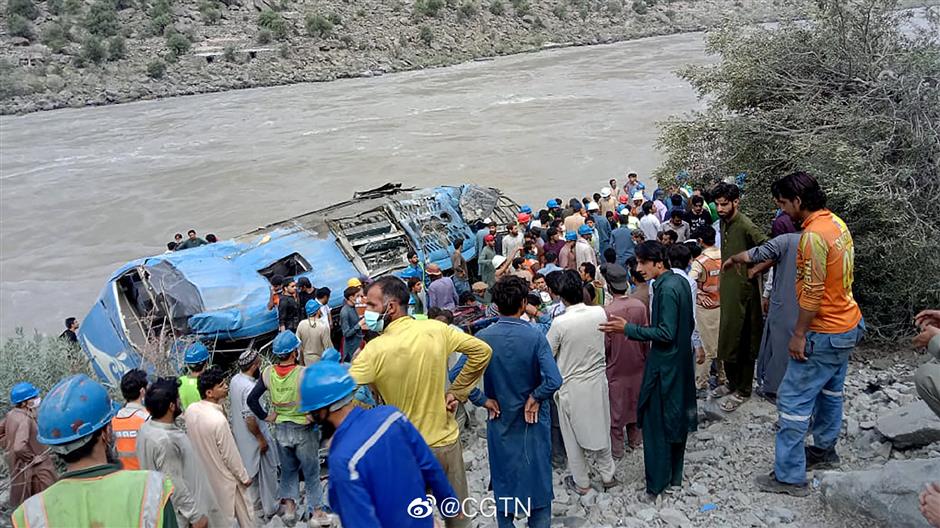 At around 7:00 am local time, the shuttle vehicles of the Dasu Hydropower Project for which a Chinese company was contracted to build, were hit by a blast when they were heading toward the construction site, the embassy said in a statement, adding that the Pakistani side is investigating into the incident.

After the blast, the embassy immediately activated the emergency response plan, and contacted the Pakistani military and Pakistani government departments including the foreign ministry and interior ministry, asking the Pakistani side to conduct the rescue and treatment work at all costs, enhance the security guarantee for the Chinese institutions, projects and personnel in Pakistan, and find out the truth of the incident as soon as possible, according to the statement.

The Pakistani military organized and started the rescue work immediately after the blast and dispatched helicopters to transfer the injured, the statement added.

The embassy expressed deep condolences to the dead and sincere sympathy to the injured in the blast, according to the statement.

Pakistani officials said the blast happened in the Upper Kohistan district of the province, and over 30 were injured in the incident.

Assistant Commissioner of Dasu area of the district, Asim Abbasi told Xinhua that the death toll might further rise because several of the injured were in critical condition.

Deputy Commissioner of the district Muhammad Arif told media that the seriously injured have been airlifted to hospitals with better facilities in the province, adding that the security forces have cordoned off the area and launched a search operation.

No group or individual has claimed the blast yet.