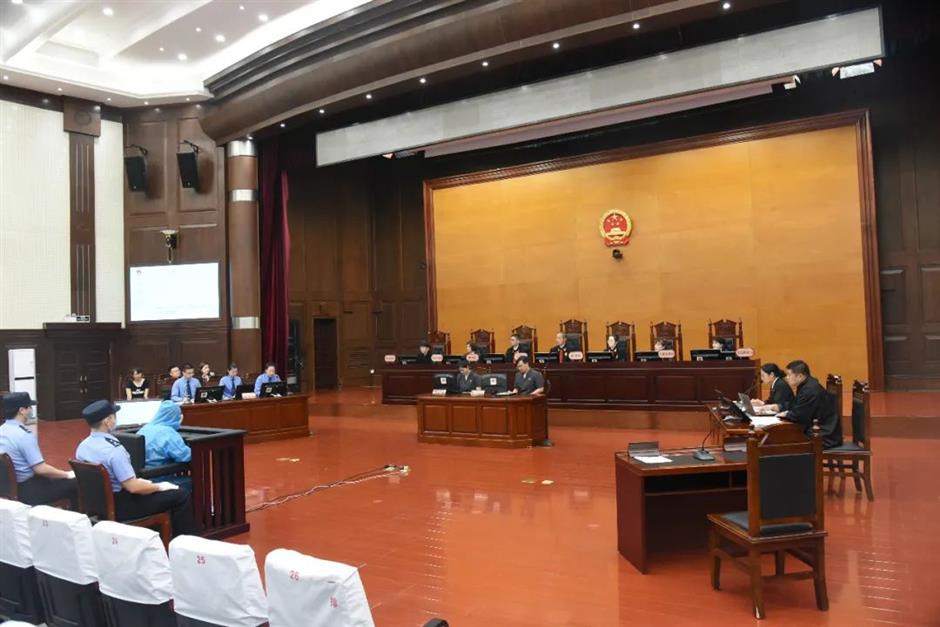 Chen Long is sentenced to death for murder by the Intermediate People's Court in Harbin, Heilongjiang Province, on July 15.

A man in the northeast China city of Harbin was sentenced to death on July 15 for killing a pandemic control volunteer who stopped him from leaving a residential complex under lockdown, a court said.

Chen Long was also ordered to pay a 656,508-yuan (US$101,500) compensation to the victim's family, ruled the Intermediate People's Court in Harbin, capital city of Heilongjiang Province.

Chen was stopped by a volunteer surnamed Zhang when he tried to leave his residential area on February 3. He then took out a knife from a bag he carried and stabbed Zhang several times in his chest, abdomen and arms, causing him to bleed to death, the court said.

The killer was caught at his home by police later that day.