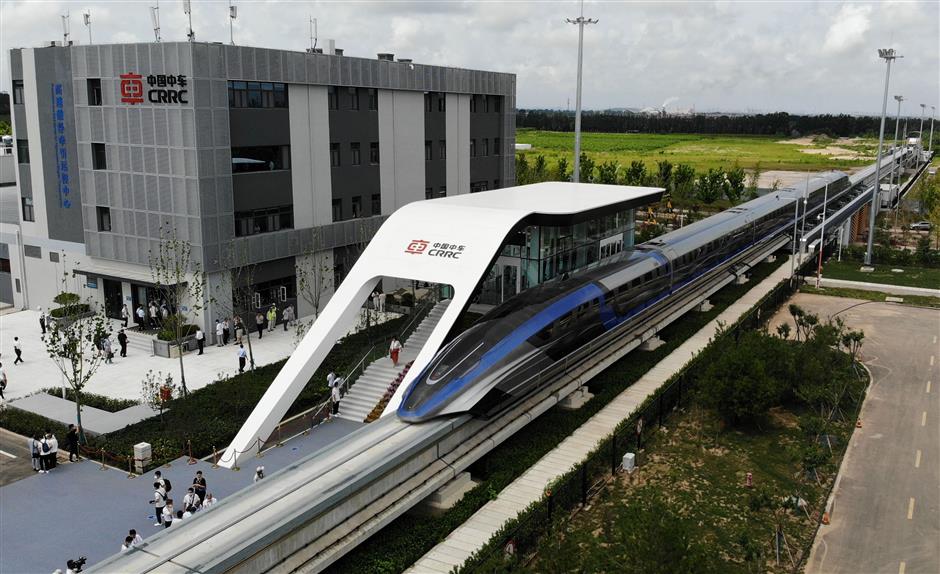 The new high-speed maglev train rolls off the production line in Qingdao, Shandong Province, on Tuesday

China's new high-speed maglev train, with a designed top speed of 600 km per hour, rolled off the production line on Tuesday. It is currently the world's fastest ground vehicle available.

The new maglev transportation system made its public debut in the coastal city of Qingdao, east China's Shandong Province.

It was self-developed by China and marks the country's latest scientific and technological achievement in the field of rail transit, according to the China Railway Rolling Stock Corporation (CRRC). 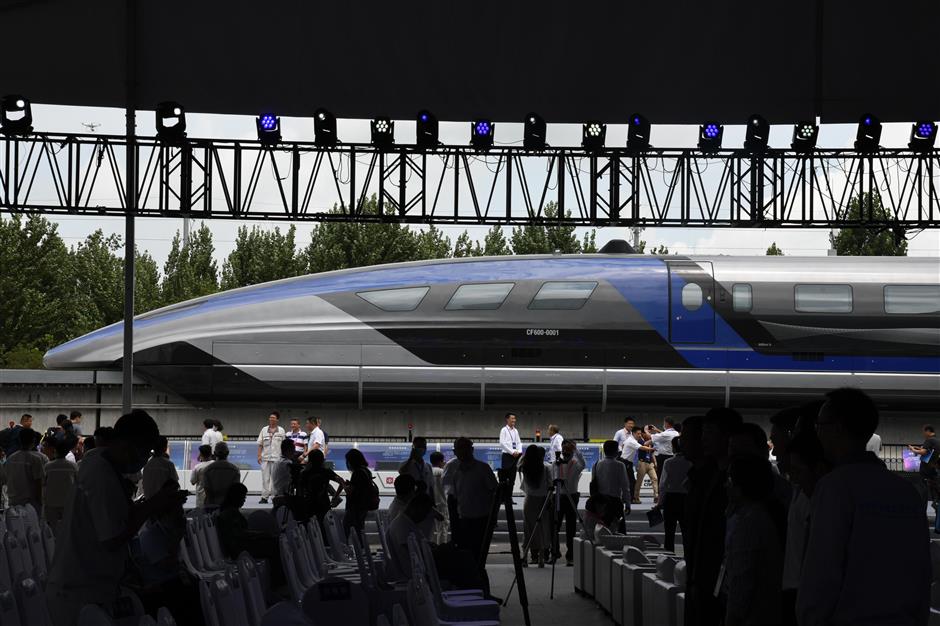 Launched in October 2016, the high-speed maglev train project saw the development of a magnetic-levitation train prototype with a designed top speed of 600 km per hour in 2019, and conducted a successful test run in June 2020.

Engineers have completed the integration of the maglev transportation system, and a train with five carriages has been running well on a test line within the factory, the company said.

The train can travel with two to 10 carriages, each holding more than 100 passengers, according to Ding Sansan, chief engineer of the project.

The train provides the best solution for trips within the range of 1,500 km, Ding said, adding it fills the speed gap between aviation and high-speed trains.

Compared with traditional vehicles running on wheels, high-speed maglev trains do not have contact with rail tracks. They have advantages in terms of efficiency and speed, and produce very little noise, said He Yunfeng, with CRRC Zhuzhou Electric Co., Ltd.

"They can start and stop quickly, are safe and have strong gradeability," He said.

Noting that the new maglev transportation system has great strategic significance, He Yunfeng said it will maintain China's edge in the high-speed transportation field while also advancing the development of high-end equipment and emerging industries. 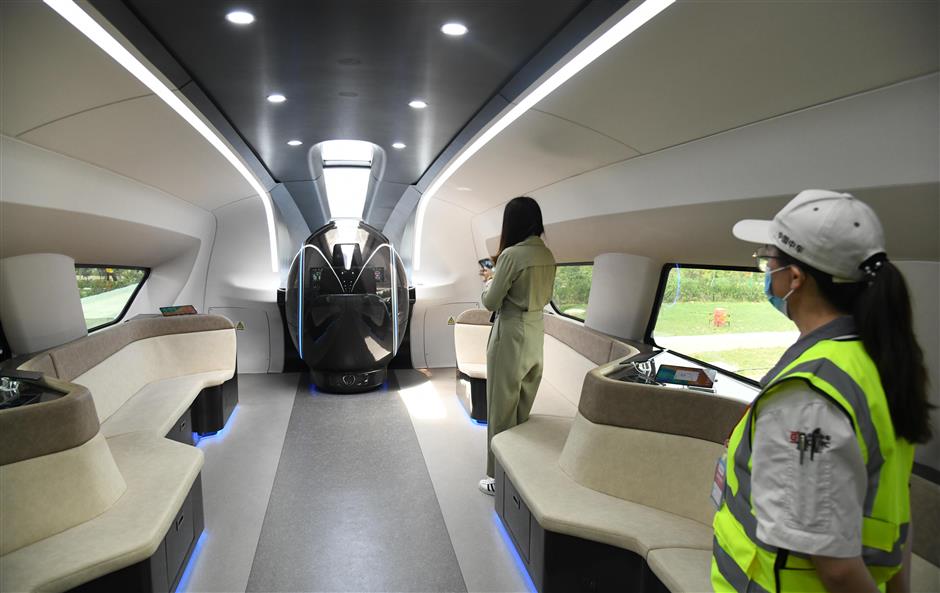 The driver's cabin of the high-speed maglev train 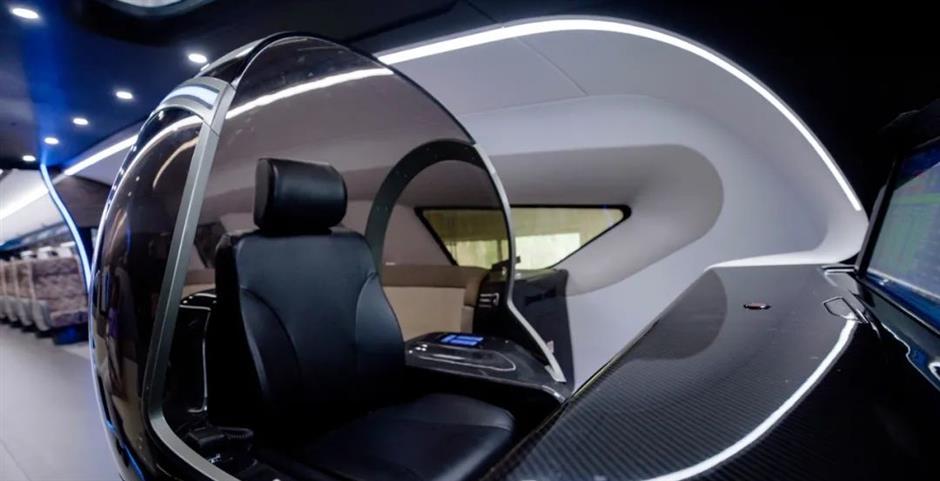 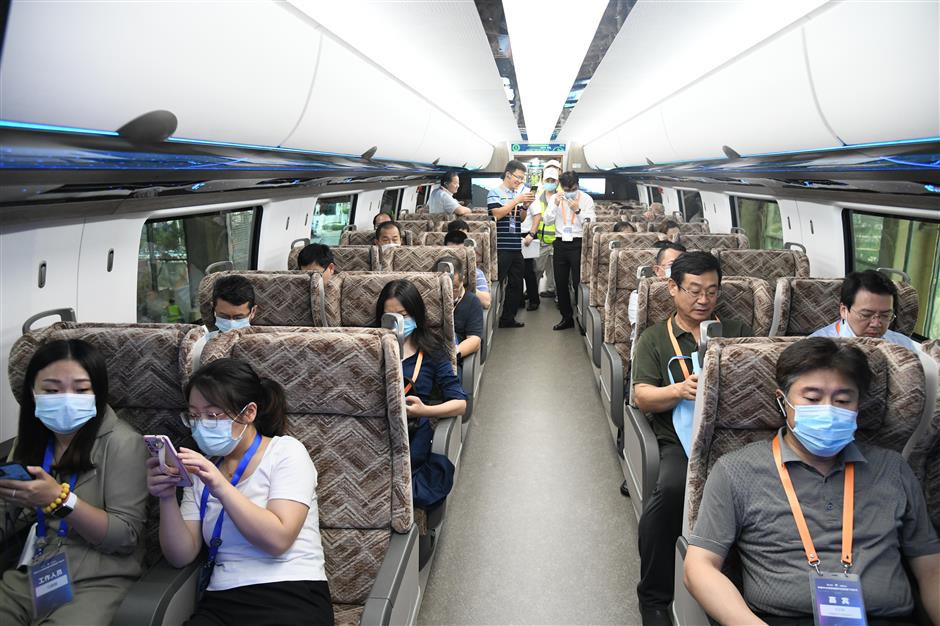 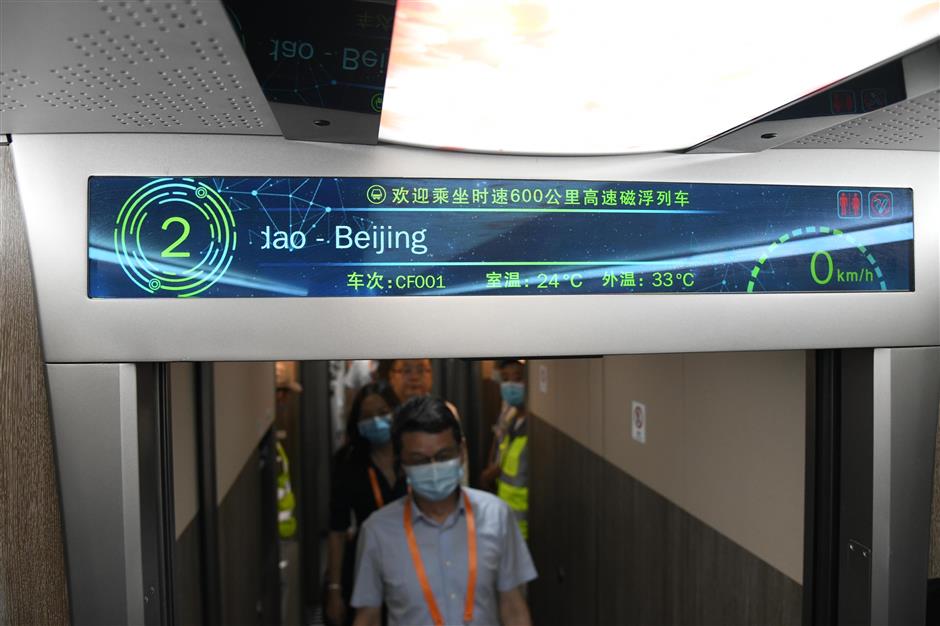 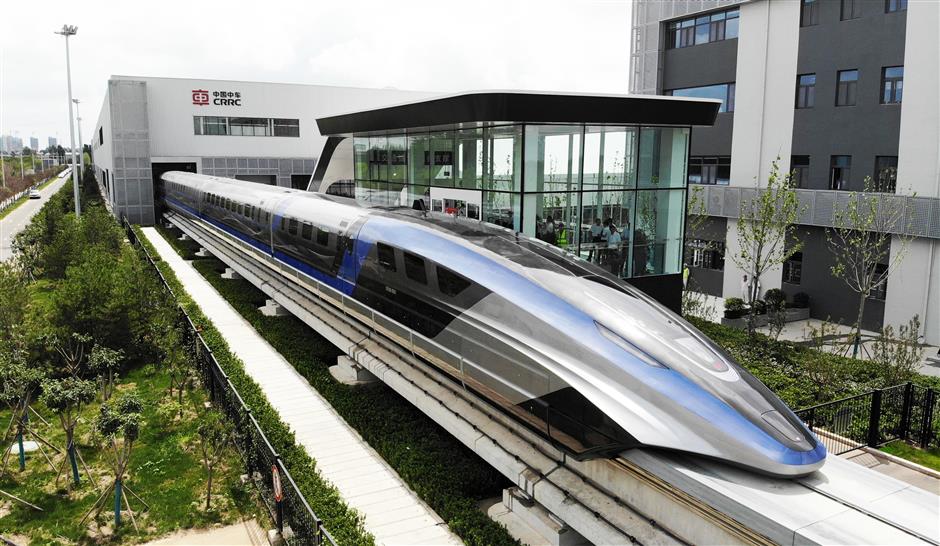