Chinese consumers have used various ways to express their gratitude and respect to domestic sportswear maker ERKE since the company promised to provide financial aid to the badly hit central Henan Province after the record-breaking torrential rains.

ERKE announced on its Weibo account that the company had donated 50 million yuan (US$7.7 million) to Henan for disaster relief on July 21.

As the news started trending on Weibo, netizens swarmed into the post page, leaving more than 280,000 comments as well as as 9.57 million likes and 229,000 reposts as of today.

"Fifty million yuan is really a big number, especially for such a less popular brand," a netizen praised ERKE's practice and commented, "More people need to know it."

Founded in 2000 in Fujian Province, ERKE was listed on the main board of Singapore in 2005, becoming China's first overseas listed sportswear brand.

However, after the listing, the company's expansion was not smooth. In 2015, it lost half of its production equipment in a fire.

Meanwhile, with the rapid rise of other domestic brands such as Anta and Li Ning, Erke gradually fell behind its competition.

Some netizens said they are afraid that the company won't be able to stay in business after making this large amount of donations and called for people to "pay more attention to ERKE's products."

In the following days, Chinese consumers flocked to ERKE's online channels and offline stores across the country to buy its products. 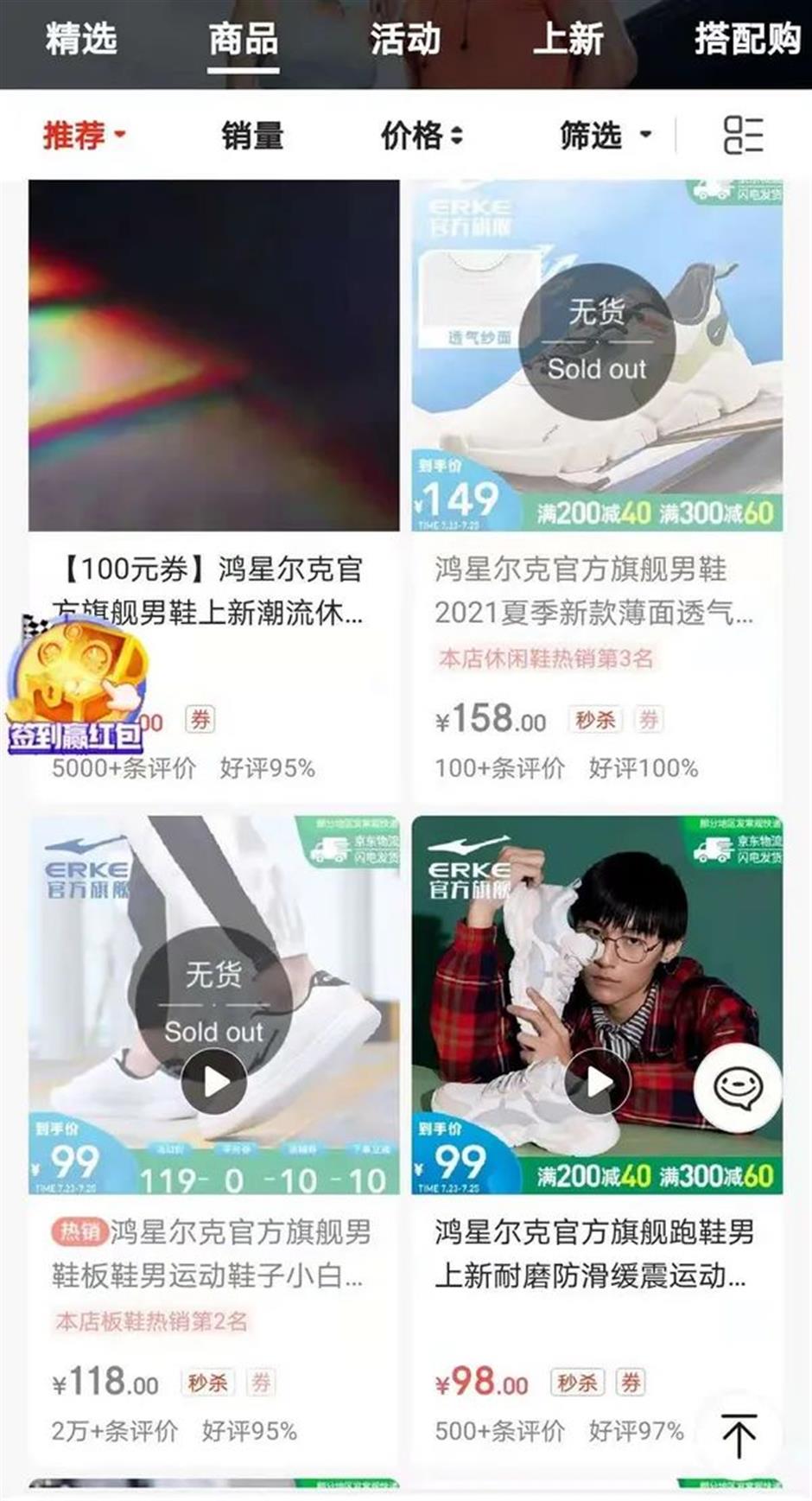 Two of the Erke's top-3 sneakers are sold out on the brand's store on JD.com.

A footage online shows on July 23 a man paid 1,000 yuan for goods worth 500 yuan and ran out of a ERKE store in Nanjing before the salesclerk realized it

Beijing Business News reported on Sunday that in Beijing's Oriental Shopping Plaza, consumers had to queue to get in an ERKE store and many products had sold out

"I felt very warm in my heart that so many people are concerned about us,"  said company president Wu Rongzhao

We are not on the verge of bankruptcy and we will always stay true to ourselves so that one day we can bring more high-quality products to our customers." 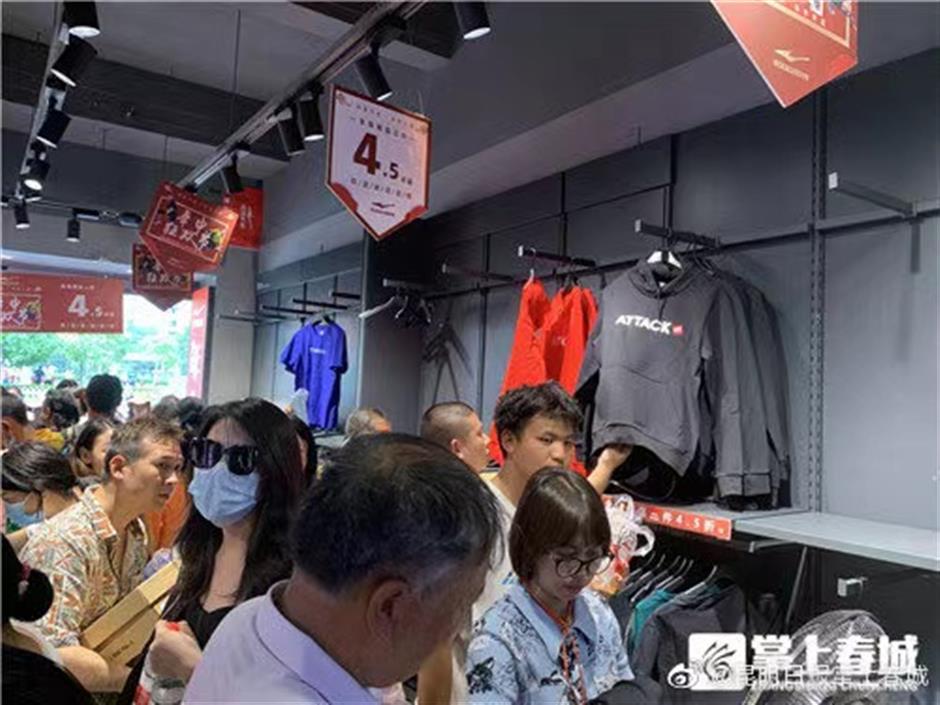 Customers flock into an Erke's store in Kunming on Monday. 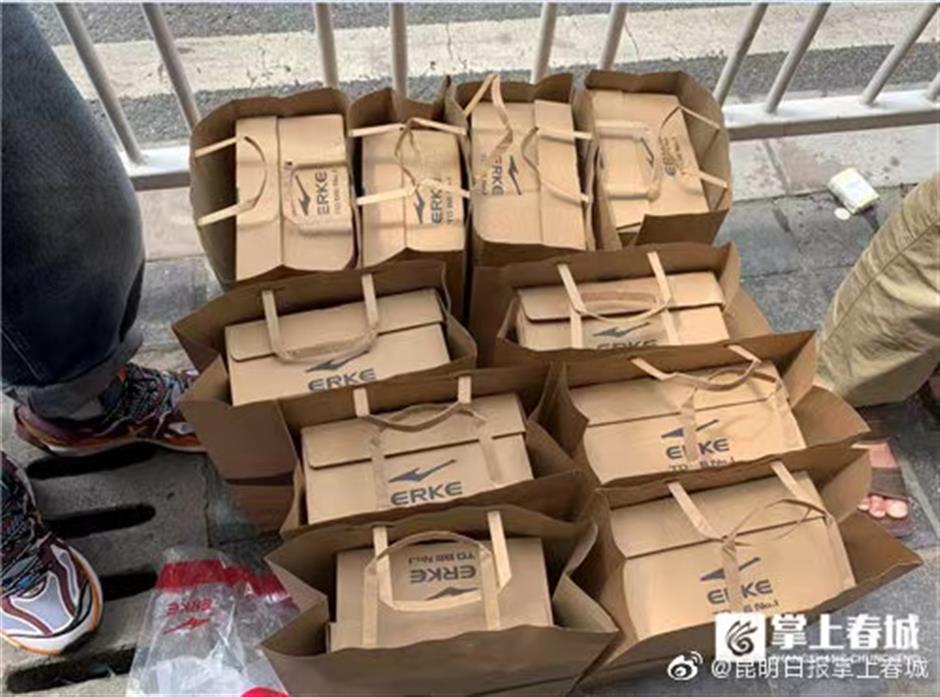 A woman surnamed Zhou at one of Erke's outlets in Kunming. She bought 10 pairs of shoes to show her support for the brand.