Help in time to evacuate patients trapped in flood-stricken hospital 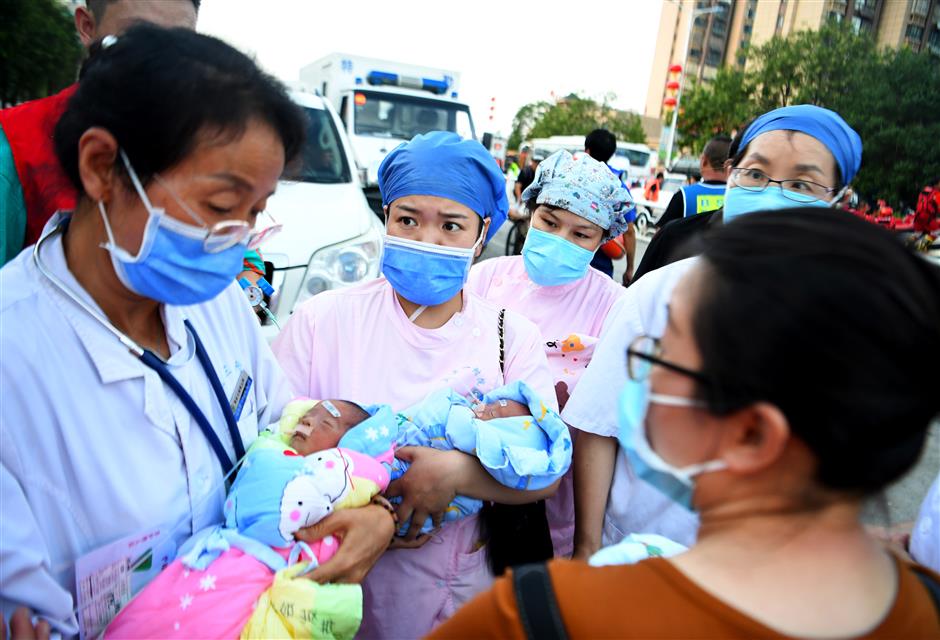 Nurses and doctors carrying babies wait to be evacuated from the No. 1 Hospital affiliated to Xinxiang Medical University in Weihui, Henan Province, on Monday. 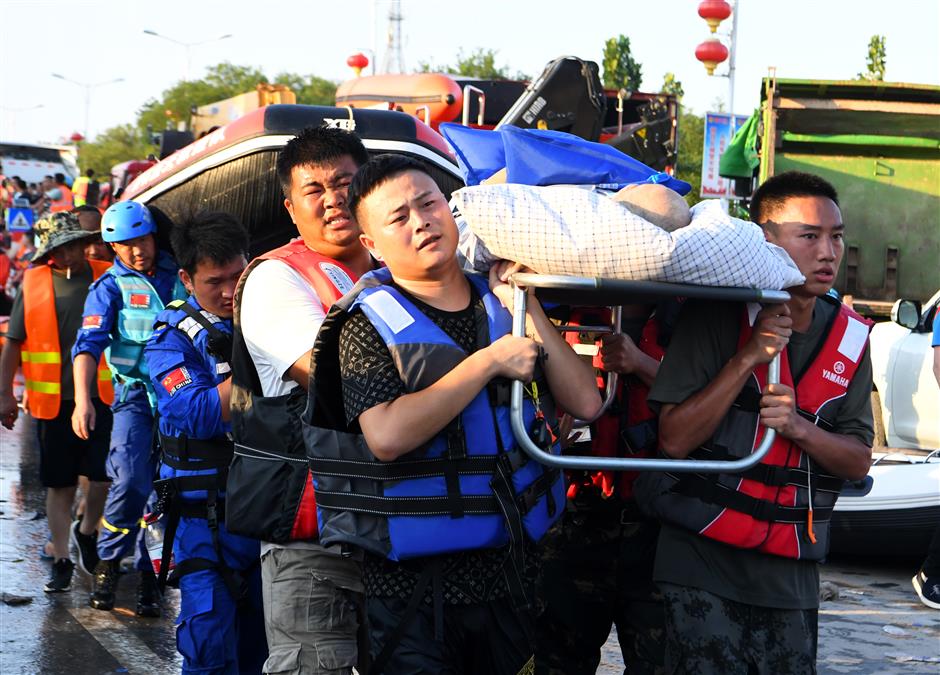 A patient is carried by rescuers to safety in Weihui, Henan Province, on Monday.

Including around 3,000 patients, over 9,000 people trapped in the largest hospital in Weihui City, central China's Henan Province, have been evacuated as the city continues to battle serious flooding caused by heavy rains.

Everyone has been removed from the No. 1 Hospital affiliated to Xinxiang Medical University as of this morning, said the publicity department of the PLA's Central Theater Command which is organizing rescue efforts in Weihui. 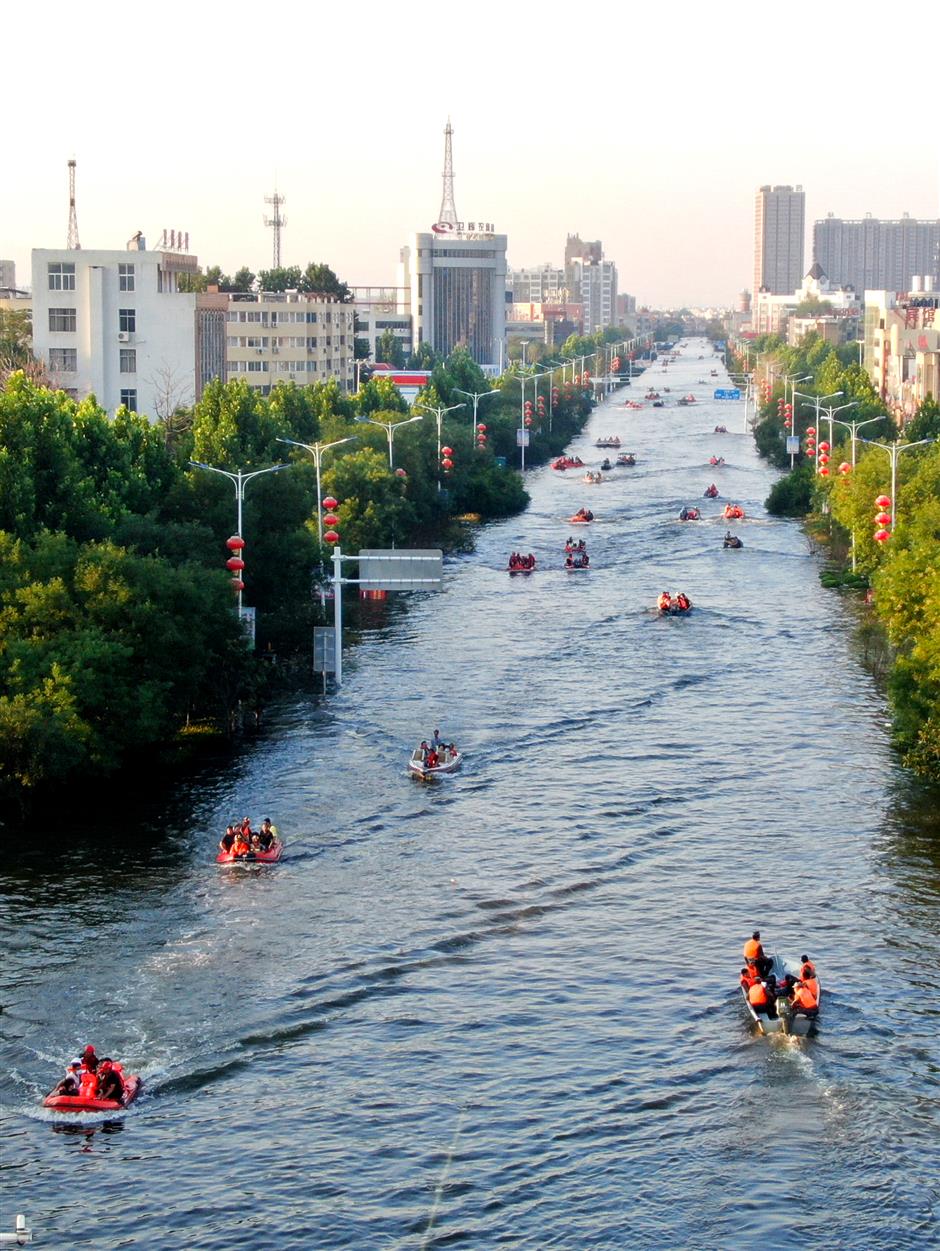 After days of heavy rainfall, coupled with the upstream river bursting its banks and the reservoir overflowing, the low-lying Weihui City has been besieged by flood which is up to 2 meters deep.

More than 140,000 residents of Weihui have been affected by the rainstorm disaster, according to the city's Flood Control and Drought Relief headquarters. 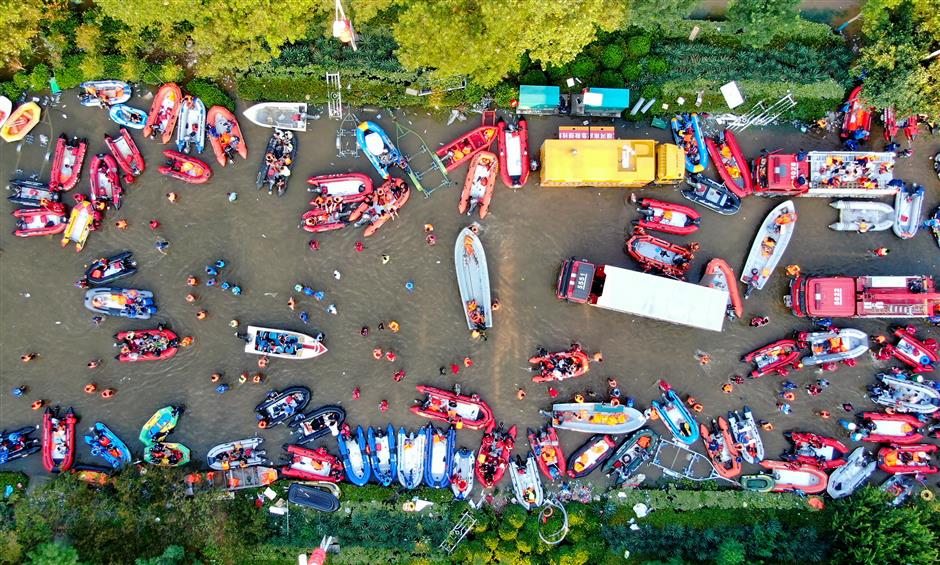