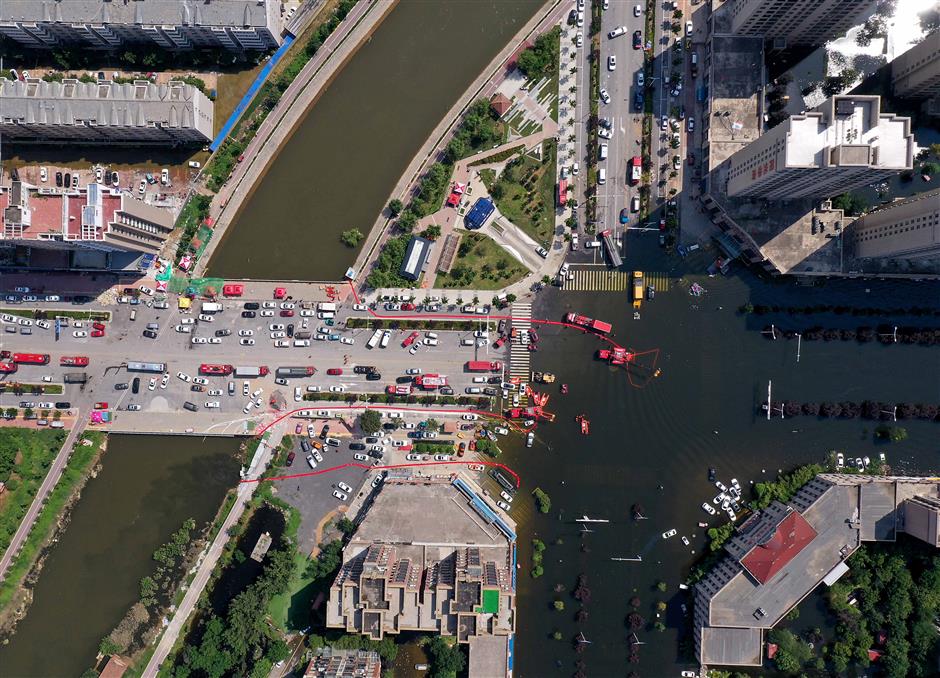 An aerial photo of Weihui City in Henan Province shows rescuers working around the clock to pump water from deeply flooded streets, on July 27, 2021.

The death toll from torrential rain in central China's Henan Province has risen to 73 as of Wednesday noon, said the provincial emergency management department.

As of Wednesday noon, more than 13.6 million people in 150 county-level regions have been affected by the latest round of downpours since July 16. Over 1.02 million hectares of crops were damaged, and about 784,200 houses have collapsed or sustained damages across the province, official data showed.

A total of 1.47 million people have been relocated due to rain-triggered flooding.

Disaster relief and reconstruction efforts are underway across the province.