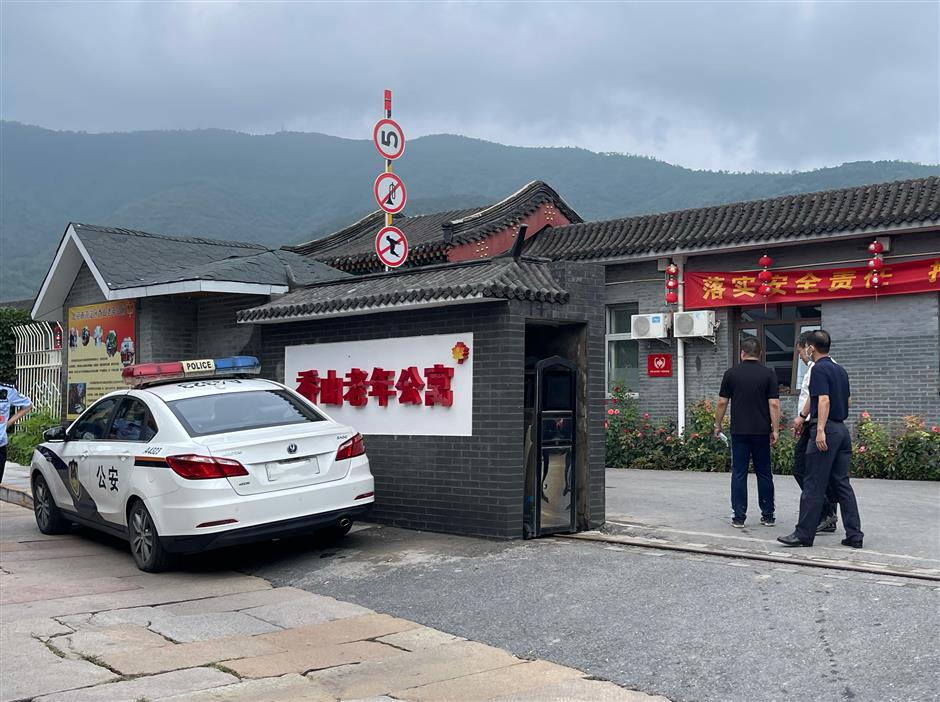 Five persons at a nursing home in Beijing were killed after a section of road embankment collapsed during heavy downpour Tuesday evening and the mudslide damaged part of the roadside building.

The Haidian district authority said on Wednesday that 12 people in the nursing home in Haidian were trapped after the accident. Seven persons have been rescued and sent to hospital. One person underwent surgery for a leg injury and others were discharged after examination.

Local authorities have resettled all people in the elderly care facility, and are identifying potential risks in all nursing homes and nearby areas. A probe has been launched into the disaster.