Qin Gang, the new ambassador of the People's Republic of China to the United States, has vowed to work to put the China-US relationship back on track, stressing that "the door of China-US relations, which is already open, cannot and should not be closed."

He made the remarks when speaking to the press on Wednesday after arriving in the US to assume office.

"China and the United States, the two big countries, which are different in history, culture, social systems, and development stage, are entering into a new round of mutual exploration, understanding and adaptation," he said, adding that the two sides are trying to find a way to get along with each other in the new era.

Saying that the bilateral ties are at a "critical juncture," the ambassador stressed the difficulties and challenges, as well as great opportunities and potential.

The two peoples and the international community hope for a "sound, healthy and growing" China-US relationship, he said. 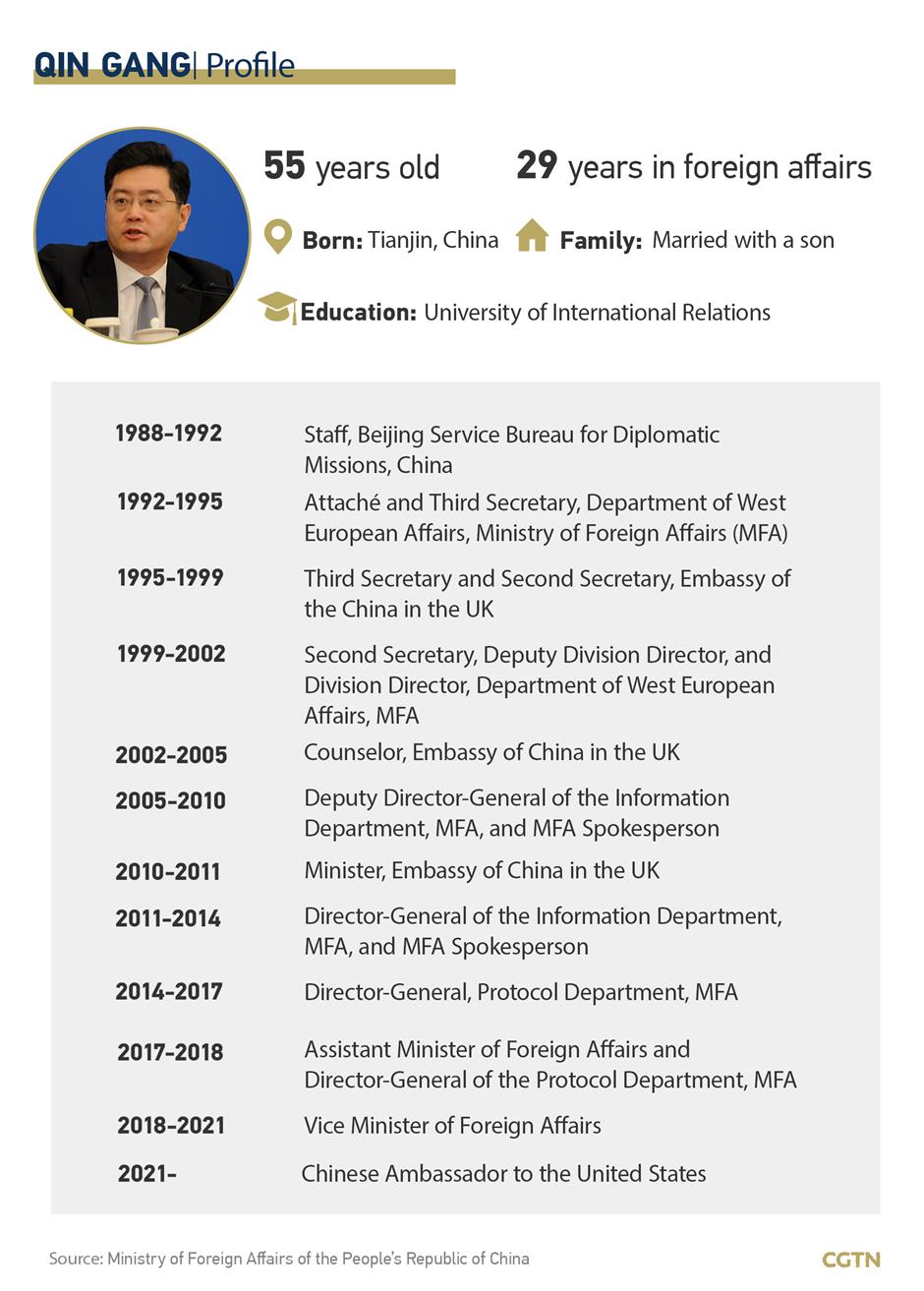 The new ambassador recalled the then US National Security Adviser Henry Kissinger's secret trip to China 50 years ago which helped lay the groundwork for then US President Richard Nixon's ice-breaking China visit and the eventual normalization of relations between the two long-estranged countries.

"Fifty years later today, as the 11th Chinese ambassador to US, I can travel most openly and fly directly to the United States," he said, adding that he will seek to "build bridges of communication and cooperation with all sectors of the US" during his term of office.

Qin said that he would follow the principles of turning "mutual respect, equality, win-win cooperation and peaceful coexistence from a possibility into a reality."

He finished his first speech to the press as the Chinese ambassador to the US with best wishes to Americans, as the country continues to fight the COVID-19 pandemic and works to revive its economy.

"I wish the country an early victory against the pandemic and I wish the American people all the best," the ambassdor said.