Of the locally transmitted cases, 45 were reported in Jiangsu, six in Hunan, three in Hubei, two each in Henan and Yunnan, and one each in Beijing, Shanghai and Fujian, according to the commission.

Also reported were 29 new imported cases, of which eight were reported in Yunnan, six in Guangdong, three each in Tianjin, Shanghai and Sichuan, two each in Jiangsu and Shaanxi, and one each in Fujian and Shandong.

No new suspected cases or deaths related to COVID-19 were reported in the day, the commission added. 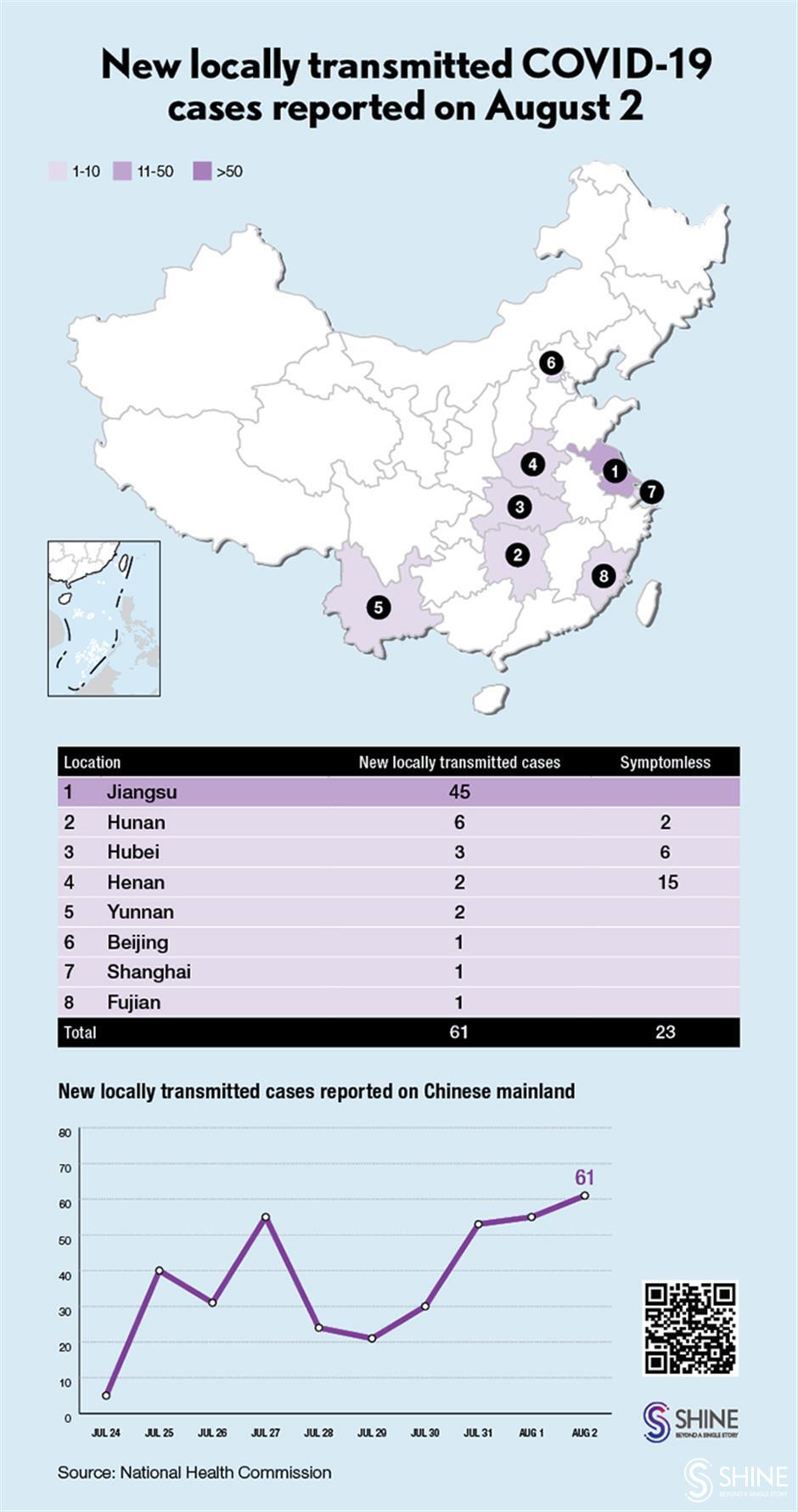