Of the locally transmitted cases, 35 were reported in Jiangsu, 15 in Hunan, nine in Hubei, six in Shandong, three in Yunnan, two in Henan, and one in Fujian, according to the commission.

Also reported were 25 new imported cases, of which seven were reported in Yunnan, four in Fujian, three in Jiangsu, two each in Shanghai, Zhejiang and Guangdong, and one each in Tianjin, Shanxi, Liaoning, Henan and Sichuan.

Two new suspected cases arriving from outside the mainland were reported in Shanghai on Tuesday.

No deaths related to COVID-19 were reported, the commission added. 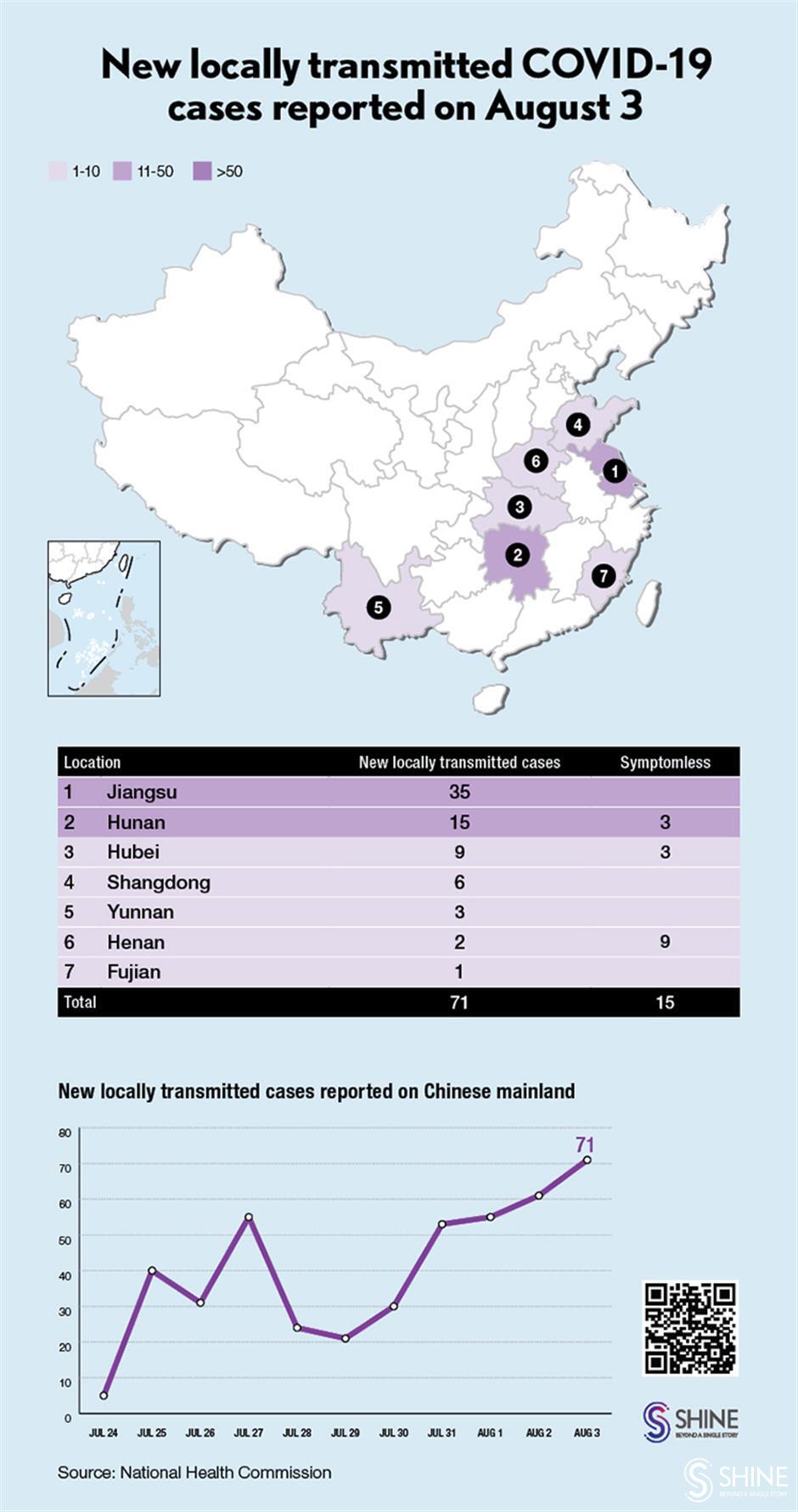