Over 150,000 evacuated to avoid wandering elephants in China's Yunnan 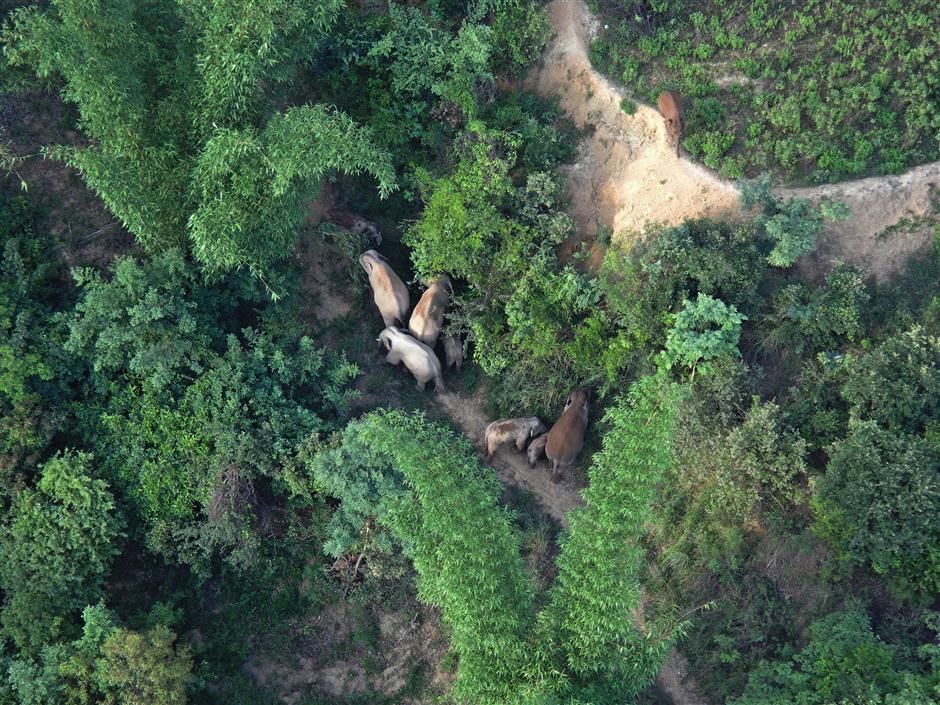 The herd of elephants is seen in Shiping County in southwest China's Yunnan Province on July 10, 2021.

Authorities in southwest China's Yunnan Province have evacuated more than 150,000 residents to avoid the conflict between them and the famous migrating elephant herd, a local official said on Monday.

The herd of 14 wild Asian elephants is approaching their traditional habitat after roaming around for nearly a year and half.

At 8pm on Sunday, the herd of 14 wild Asian elephants crossed the Yuanjiang River with artificial guidance and has continued to head south, said Wan Yong, who heads the headquarters in charge of monitoring the migrating elephants at a press conference on Monday night.

Wan said over 25,000 police officers and staff were dispatched, and a large number of vehicles and drones were deployed to monitor and guide the migrating elephants. Some 180 tons of food have been provided to the elephants during their migration.

Wan said the elephants are in stable condition.

It has been around 17 months since the herd bid farewell to their original habitat in a nature reserve in southern Yunnan's Xishuangbanna Dai Autonomous Prefecture.

Wild Asian elephants, a flagship species in the rainforest, are under A-level state protection in China. Thanks to stronger environmental and wildlife protection efforts, its population in the country has grown to about 300, mostly scattered in Yunnan.