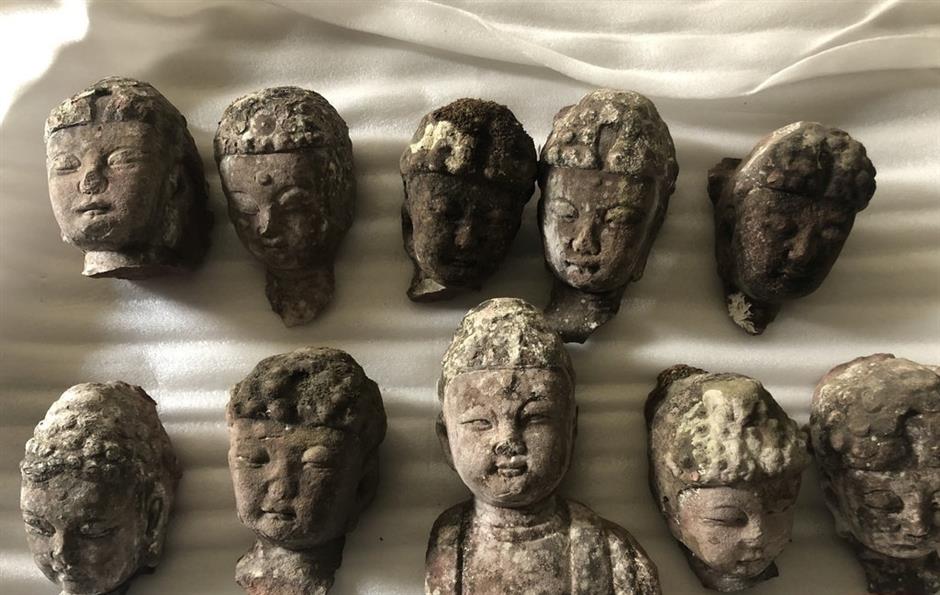 Ten stone Buddha heads severed from statues in a remote cave in southwest China's Sichuan Province in August 2017 have been recovered by police after they arrested four suspects, Sichuan Daily reported yesterday.

The items were carved about 500 years ago in an area called Pangpo Cave in Jiajiang County.

Police arrested the four suspects in May 2020 and have been subsequently working to locate the 10 stone heads.

The criminal profiling associated with the case established the suspects had shallow knowledge of cultural relics, their modus operandi was crude and clumsy, and their use of tools was not skilled.

One of the four, surnamed Wang, was involved in the theft because of an obsession with a best-selling Chinese novel "Daomu Biji" ("The Lost Tomb"), a series about grave-robbing adventures, the report said.

"At that time 'Daomu Biji" was very hot, so I searched 'tomb raiders' on QQ and joined a chat group of tomb-raiding novel lovers," Wang claimed, the report said.

It was in the chat group that Wang became acquainted with another suspect.

After stealing the 10 Buddha heads, they quickly sold them to others and the heads therefore disappeared from public view.

After four years of unremitting efforts by police, the 10 stone heads are finally coming home. Although well preserved, they can never be seamlessly attached back onto the statues.

The Buddha statues in Pangpo Cave in Jiajiang County in Sichuan Province. Ten heads are missing from the statues.