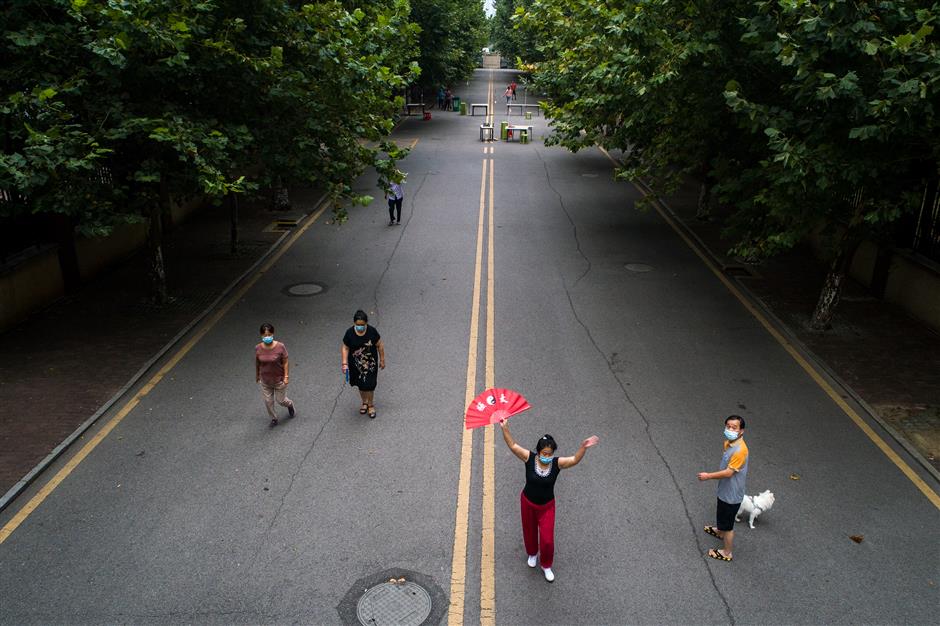 Normal life goes on in a locked-down residential compound in Wuhan, capital of Hubei Province, on August 9, 2021.

All the 14 new confirmed cases were locally transmitted, with seven in the city of Jingmen, three in the provincial capital of Wuhan, three in Huanggang City and one in Ezhou City.

Five of the asymptomatic cases were detected in Jingmen, and the other was an imported case arriving at Wuhan Tianhe International Airport from Jakarta, Indonesia.

As of Tuesday, Hubei had 82 confirmed COVID-19 cases, including 69 locally transmitted cases, mainly in Wuhan and Jingmen. There were also 78 asymptomatic cases under medical observation in the province, of which 60 were locally transmitted.