Car 'graveyard' a witness to the power of record floods 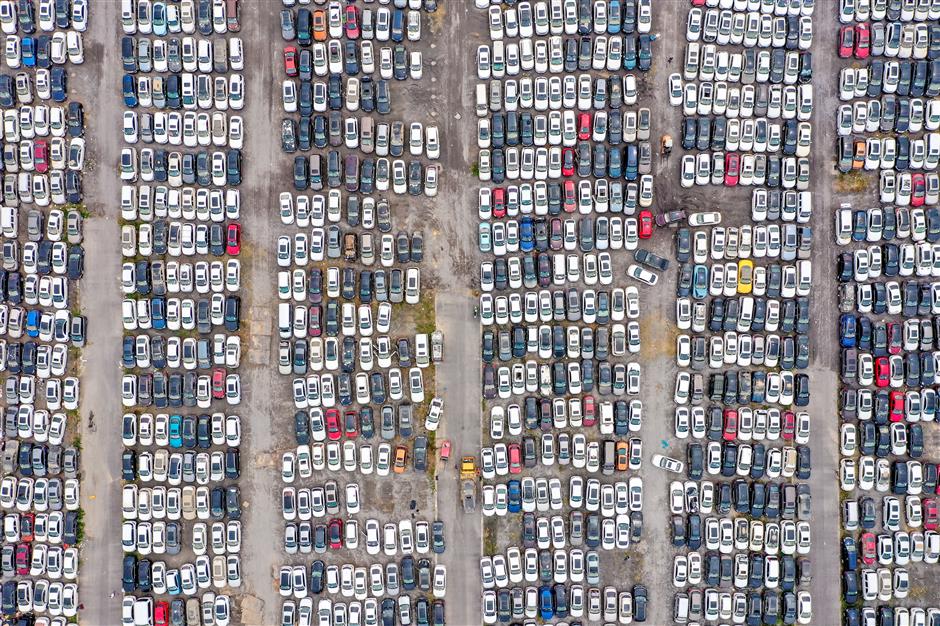 A vacant lot next to the fourth ring road is temporarily used as a parking lot for vehicles flooded by the rainstorm disaster on July 20, with more than 4,500 "soaked cars" parked intensively in the field in Zhengzhou, central China's Henan Province, on August 10.

The region is rebuilding after the deadliest floods in a decade wreaked havoc across the province in mid-July, killing over 300 people and damaging thousands of cars and buildings.

"We had to abandon our vehicles and leave when the waters rose," a Zhengzhou resident surnamed Wang said.

At least 238,000 damaged vehicles have been sent to "graveyards" like the one in the outskirts of Zhengzhou, head of Henan's insurance regulator Ma Chao told state broadcaster China Central Television on Tuesday.

Record downpours dumped a year's worth of rain on Zhengzhou – the epicentre of the flooding – in just three days, with over 290 people killed.

The floods also triggered record insurance claims worth US$1.7 billion after thousands of cars and buildings were damaged, insurer Goldman Sachs said in a July report.

The local government last week said economic losses due to the floods have ballooned to over US$20.65 billion and promised swift compensation.